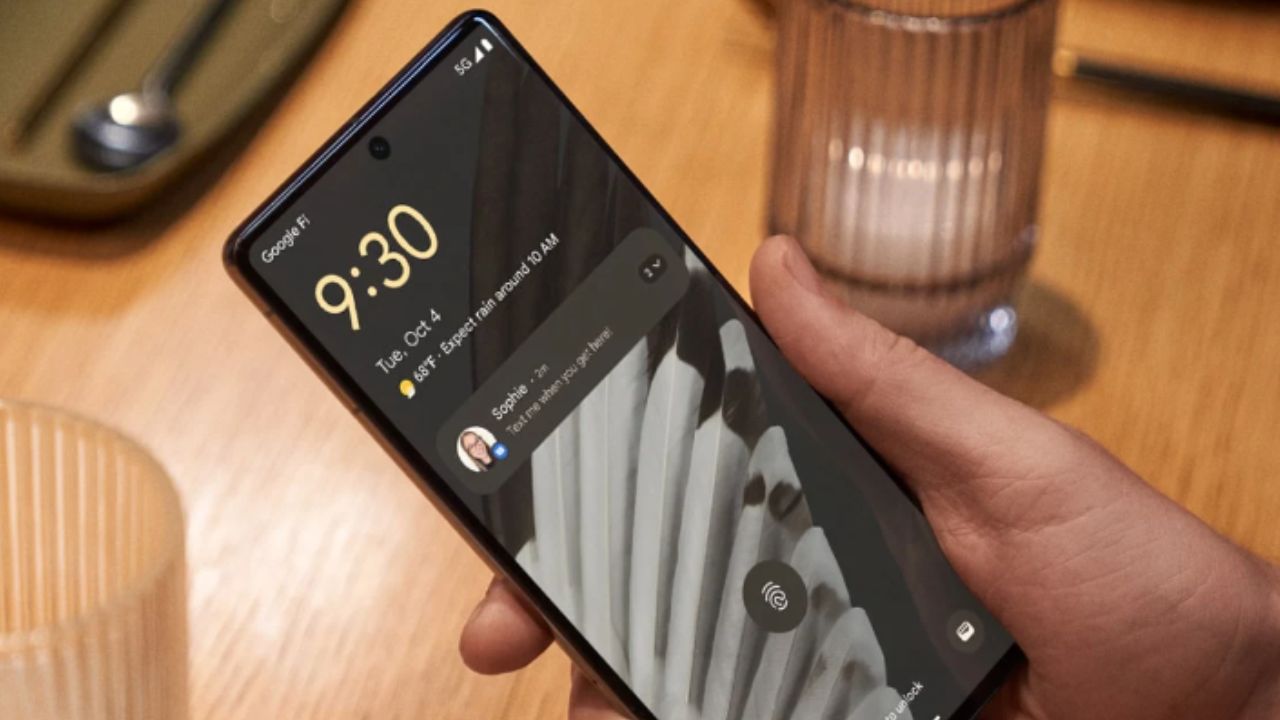 The Pixel 7 Pro launched alongside the Pixel 7 at the Made by Google event held on 6th October 2022. Prior to the official launch, the Android giant already unveiled the design of the Pixel 7 series at its I/O 2022 event back in May this year. The fact that Google Pixel 7 Pro specs continued to leak right after the tease and Google did not take it seriously, we knew we were in for a surprise.

Even the unboxing videos and testing units were on sale months before the official launch. The Pixel 7 Pro comes faced-down in the box, flaunting its color and iconic metallic camera strip, which was made out of glass in the Pixel 6 series. The Pixel 7 Pro features a 6.7-inch LTPO AMOLED display with 1440 x 3120 pixels resolution and has a dynamic refresh rate of up to 120Hz. It comes with HDR10+ certification meaning you are served with vibrant colors and a life-like visual experience every time you watch compatible HDR content. It has a High Brightness Mode that tops out at 1000 nits, while it is rated up to 1500 nits of peak brightness. Let’s not forget that the Pixel 7 Pro also comes with our beloved Always-on display and protection of Corning Gorilla Glass Victus.

Looking at the specs, you wouldn’t question the display of the Pixel 7 Pro until you get to know a major problem hovering over it. Yes, just like its predecessors, the Pixel 7 Pro is in the news for all the wrong reasons, and this time the headline maker is a major display issue.

Also read: Should you buy a Pixel 7 or Pixel 7 Pro?

First reported by XDA, the new Pixel 7 Pro’s display seems to be a bit more power-hungry. You might wonder what’s wrong, display is the biggest battery consumer component in a smartphone. Yeah, that’s largely true, but things get weird when it starts consuming more power absurdly. As reported about the Pixel 7 Pro display issue, it seems the display of the device is eating up a disproportionate amount of power when used outside. The Pixel 7 Pro display consumes a lot of power than it should when used at higher brightness settings.

The power consumption tests reveal that the Pixel 7 Pro might have a significant display problem. A deep dive into the test result unveiled that the Pixel 7 Pro’s display is consuming somewhere around 3.5-4W at 600 nits, which when triggered to high brightness mode (HBM) of 1000 nits draws about 6W of power. The test results were common across different reviewers. Putting it simply, the power consumption by the Pixel 7 Pro’s display is almost 50% higher than that of the Samsung Galaxy S22 Ultra and the Samsung Galaxy S22 Plus launched earlier this year. For instance, the Galaxy S22 Plus reportedly drains up to 4.5W at 1100 nits, which is a reasonable figure. If we had to talk about last year’s Pixel 6 Pro, it was also heading in the same direction as the Pixel 7 Pro, it was also drawing 2.9W at 600 nits, and hitting the 4W mark at 800 nits brightness. Having said that, we are still unsure if the display problem is limited to the Pixel 7 Pro, the regular Pixel 7 also needs scrutiny. And, if it throws the same result we will cover it in a separate article. So, make sure you’ve bookmarked our blog.

To remind you Pixel 7 Pro is powered by the Tensor G2 chip that has thermal design power (aka TDP) and consumes somewhere between 10-12 Watts of power alone. Adding this to Pixel 7 Pro’s display power consumption, you’d experience 18W of power consumption with just chip and display alone when the device is pushed to run at its maximum capabilities.

We are yet to see if it has a major impact on the battery life of the Pixel 7 Pro. But we can tell that something is definitely not right as we have seen reports claiming that Pixel 7 Pro’s battery drops by 10% within 15 minutes when used in high brightness settings.

As we write, we have seen plenty of reports from users on Reddit claiming that they are facing scrolling issues on Pixel 7 and Pixel 7 Pro while using a particular app. Users are claiming inconsistent scrolling on popular apps like YouTube, Instagram, etc. It appears to be some bug, therefore, you should wait until Google acknowledges the scrolling issue on the Pixel 7 series and rolls out an update to resolve it.

Well, it is still uncertain what’s causing display issues on Pixel 7 Pro, but it has something to do with the hardware, for sure. And, the fact that Google hasn’t acknowledged the Pixel 7 Pro display problem as of publishing this, you need to mitigate the issue at your end with a few workarounds.

You can at least prevent the display power consumption by turning off the auto-brightness option when you are outdoors. Does that make any difference? It might be because the report suggests that the brightness of the display is the real culprit here. Therefore, you should manually switch between brightness levels, and there are chances that you’d be able to mitigate the Pixel 7 Pro display issue, if not solving it.

Another thing you can do to prevent display issues on Pixel 7 Pro is to enable the Dark mode. Putting it simply, an OLED screen generates lights for each pixel, when dark mode is enabled black pixels won’t use any power, even if the device is pushed to maximum brightness. It’s like turning off your house lights to save power and electricity bills.

If you are wondering why it always has to be Google, then you need to look back at the past.  You’ll notice some reputable smartphone brands like Samsung and Apple also have been in the news for the wrong reasons, but the difference is that they act quickly to resolve it. And, we think Google is lagging in that department. For instance, we covered different issues hovering over last year’s Pixel 6 Pro, and some of it was related to the display alone. Users reported a flicking issue, auto brightness erratically, and more. Guess what, it’s been almost a year since the device was launched and we are still seeing some frustrated users writing about Pixel 6 Pro screen problems online.

We hope that Google acknowledges all the problems on the Pixel 7 series, and finds a way to resolve them as soon as possible.

Our thoughts – Should you buy Pixel 7 or Pixel 7 Pro?

With seeing reports about display issues on the Pixel 7 Pro and Pixel 7 scrolling issues, it’s obvious for you to hesitate to spend your hard-earned money. If we were in your shoes thinking about getting a Pixel 7 Pro, we would put a brake on that decision and suggest you wait for the in-depth lab reviews and user reviews.

Why get a controversial phone if you have so many reliable alternatives, right? Go ahead and check some of the best Pixel 7 alternatives that you can buy if you are scratching your head reading different Pixel 7 and Pixel 7 Pro display issues.

Also read: Best Accessories for Pixel 6a in 2022

Everything you need to know about the 2021 M1 iPad Pro