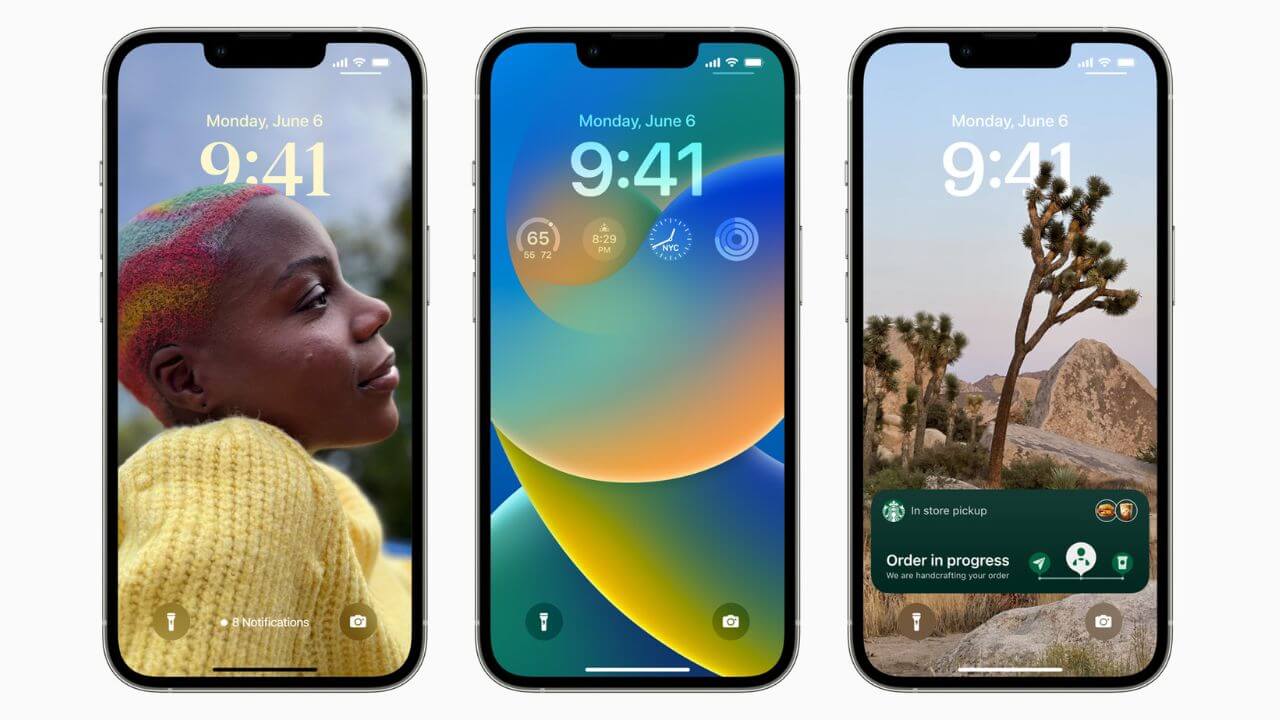 The much-awaited iOS 16 is finally here. Apple announced iOS 16 at its WWDC event on June 6, 2022.  While WWDC22 was an exclusively virtual event, Apple hosted a special day for selected developers and students to attend the keynote videos at Apple Park, California. The latest iOS brings a plethora of impressive features and improvements, including the all-new personalized lock screen, Focus mode on the Lock screen, SharePlay in Messages, Live Text in videos, the ability to Undo sent messages, Apple Pay Later, and more. Currently, iOS 16 is in developer beta, with the stable version coming later this fall.

Here’s everything we know that’s coming in iOS 16. Let’s take a look.

Apple announced iOS 16 at its annual Worldwide Developers Conference(WWDC) on June 6, 2022. Like last year, WWDC 2022 is a virtual event and is scheduled for June 6-10. Currently, iOS 16 is available in developer beta and will be available to download as a public beta in a few weeks (in July). The final, polished version of iOS 16 is likely to land sometime in September, alongside the iPhone 14 series.

Of course, the upcoming iPhone 14 series will ship with iOS 16 out of the box. 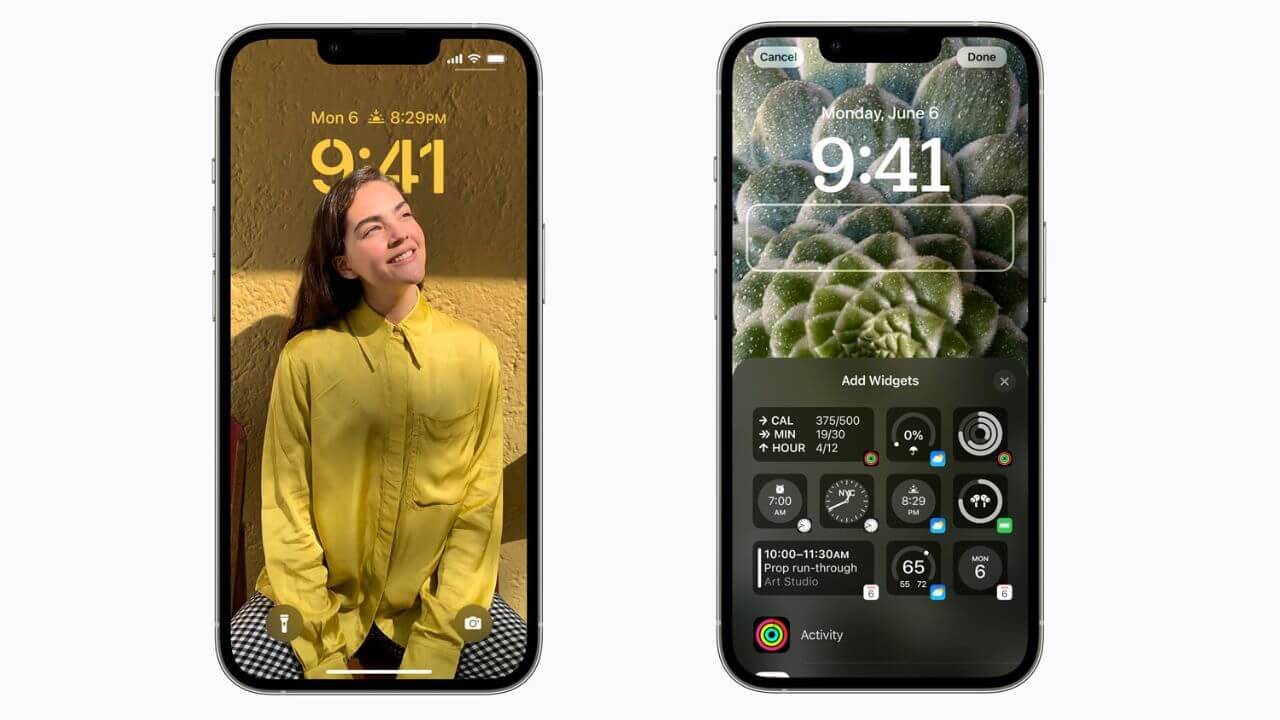 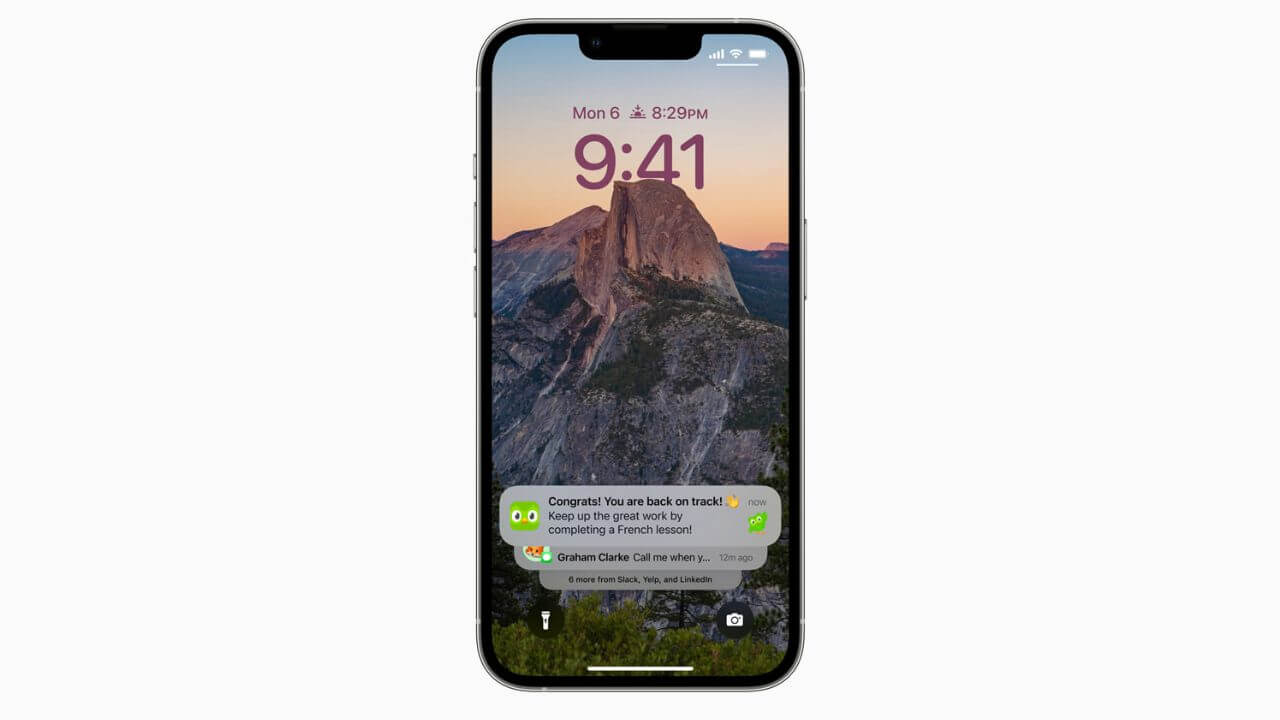 iOS 16 brings a fantastic feature for sports lovers. Live Activities allow a user to pin notifications like the live scores on the lock screen. Additionally, you can add a Now Playing widget on the bottom of the lock screen that can be easily expanded whenever you want to. 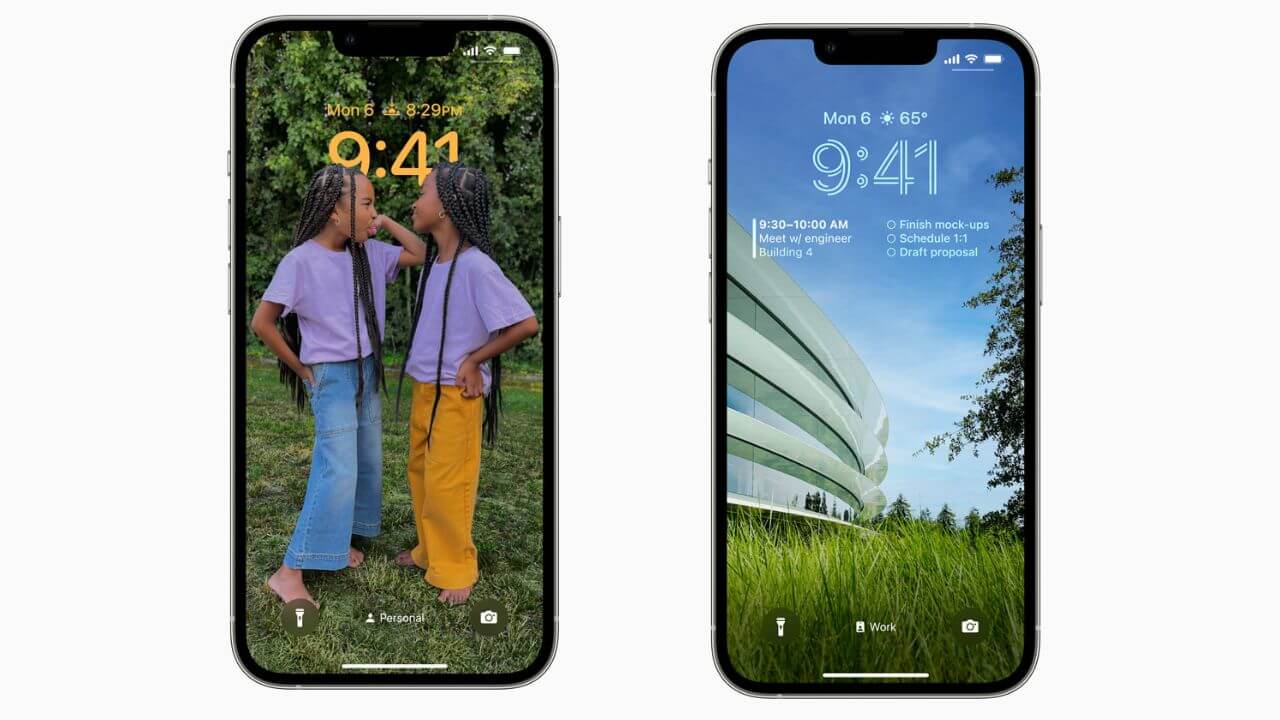 iOS 16 adds some of the important features to the Messages app that users were asking for a long time now. First, iOS 16 allows you to edit a sent message. Therefore, if you’ve made an embarrassing typo, you can instantly correct it. Next, you can now unsend a message in the Messages app. So, if you’ve mistakenly sent a message to an unintended contact, you can quickly undo it. Lastly, there’s a Mark as Unread option so that you can reply later to that message.

Also Read: All you need to know about M2 MacBook Pro

SharePlay has made its debut with iOS 15 and allowed you to listen to songs in sync via Apple Music, watch movies and TV shows together, or share your screen to show how you use a certain app. SharePlay was available on FaceTime, and now, iOS 16 brings the SharePlay in Messages. Therefore, you can watch your favorite Disney Plus movie while chatting with your friends in the Messages app.

Apple is also making changes to Dictation with the latest iOS 16. With the all-new on-device Dictation system, the keyboard remains open so that you can easily dictate and type if needed. Additionally, it even does memoji dictation.

8. Live Text in Videos and Visual look up improvements 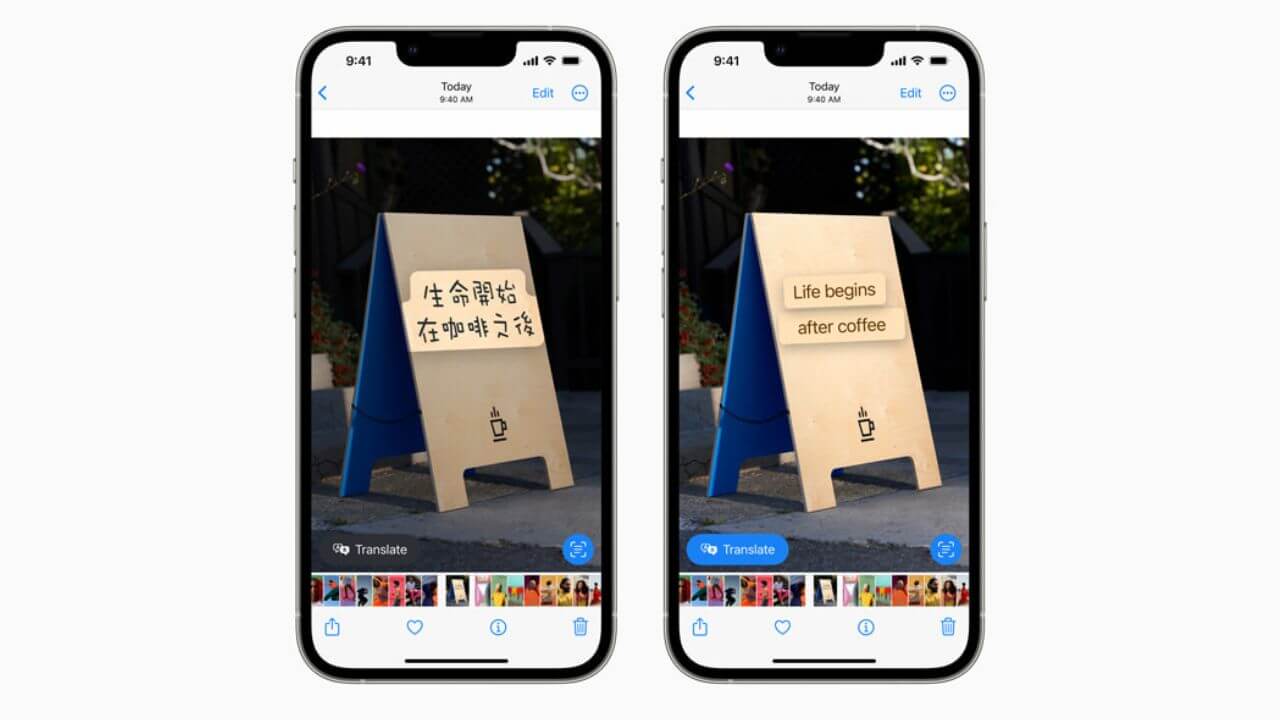 Live Text is one of the most loved features of iOS 15, and with iOS 16, Apple has expanded this feature to include video. It means you can pause a video on any frame and interact with the text. Additionally, you can now quickly translate text, convert currency, and more without leaving the camera or video app.

The new iOS 16 brings some exciting visual look-up enhancements where you can tap and hold on to the subject of an image to lift it from the background and place it in apps like Messages or video editor.

Also Read: All you need to know about iPadOS 16 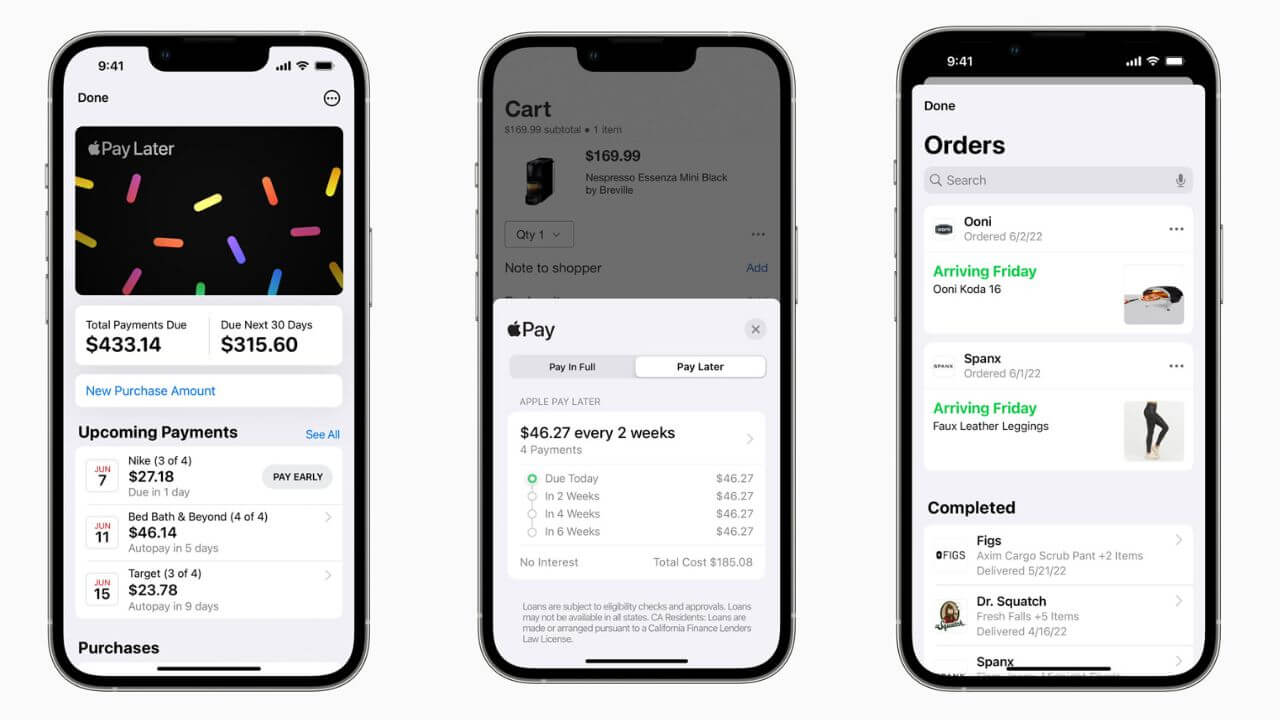 With iOS 16, ID cards will be available in more states and have more privacy features. You can protect your identity and age. Therefore, rather than mentioning your exact birth date, you can share that you’re above 21. Additionally, the latest iOS makes sharing keys easier with apps like Messages and Mail.

iOS 16 also introduces a new feature Apple Pay Later which lets you split the cost of an Apple Pay purchase into four equal payments spread over six weeks, with zero interest. You can keep a track of your upcoming payments in the Wallet app.  Moving further, there’s an Apple Pay Order Tracking feature that helps track Apple Pay orders and receive detailed receipts and order tracking information in the Wallet app. 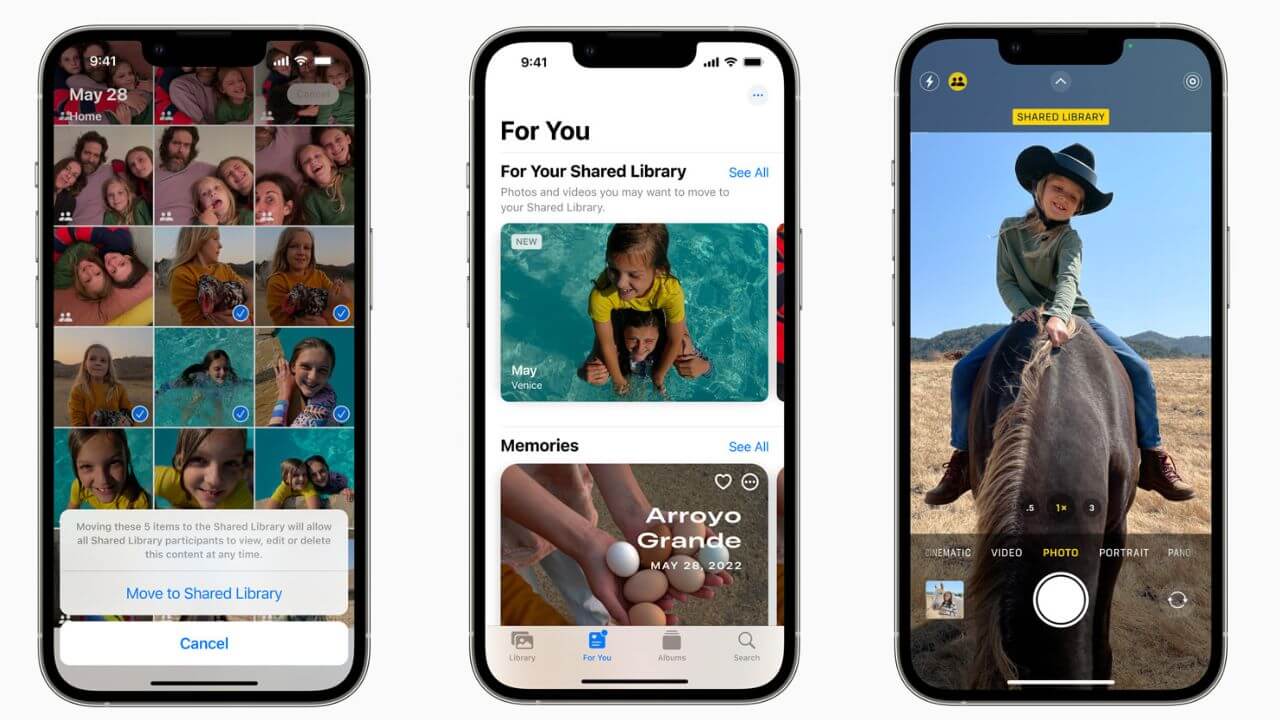 iOS 16 brings the iCloud Shared Photo Libray feature where families can seamlessly share a collection of photos with a shared iCloud library that up to 6 users can contribute to and enjoy. Every user in the Shared Photo Libabry can add, delete, edit, or favorite the shared photos or videos. You can choose to share existing photos from your library or share based on a start date or people in the photos. Additionally, there’s an option to send photos to the Shared Library automatically in the Camera app. With this iOS 16 feature, everyone can relive more complete family moments. All these features are very similar to the features offered by shared libraries in Google Photos.

Safety Check is a new iOS 16 privacy tool that aims to help people in abusive relationships. It allows a user to quickly remove all the access that he/she has granted to others. This includes location information, messages, passwords, iPhone apps, and more.

Besides the features mentioned above, the latest iOS 16 has got several other new features and improvements. This list includes upgrades in apps like Fitness, Health, Home, Apple Maps, and Safari. In addition, Apple introduced the new generation of CarPlay that provides content for multiple screens within the vehicle, supports widgets, allows the user to control the radio, and more. Moving further, with new tools for Mail, iOS 16 offers Schedule emails, Remind Later, Follow up suggestions, and other features.

As compared to the previous versions of iOS, which feature did you like the most in the latest iOS 16? Do share your thoughts in the comment section below.

iPhone 12 Mini Long Term Review: Not for everyone

Apple finally gives their customers the right to repair