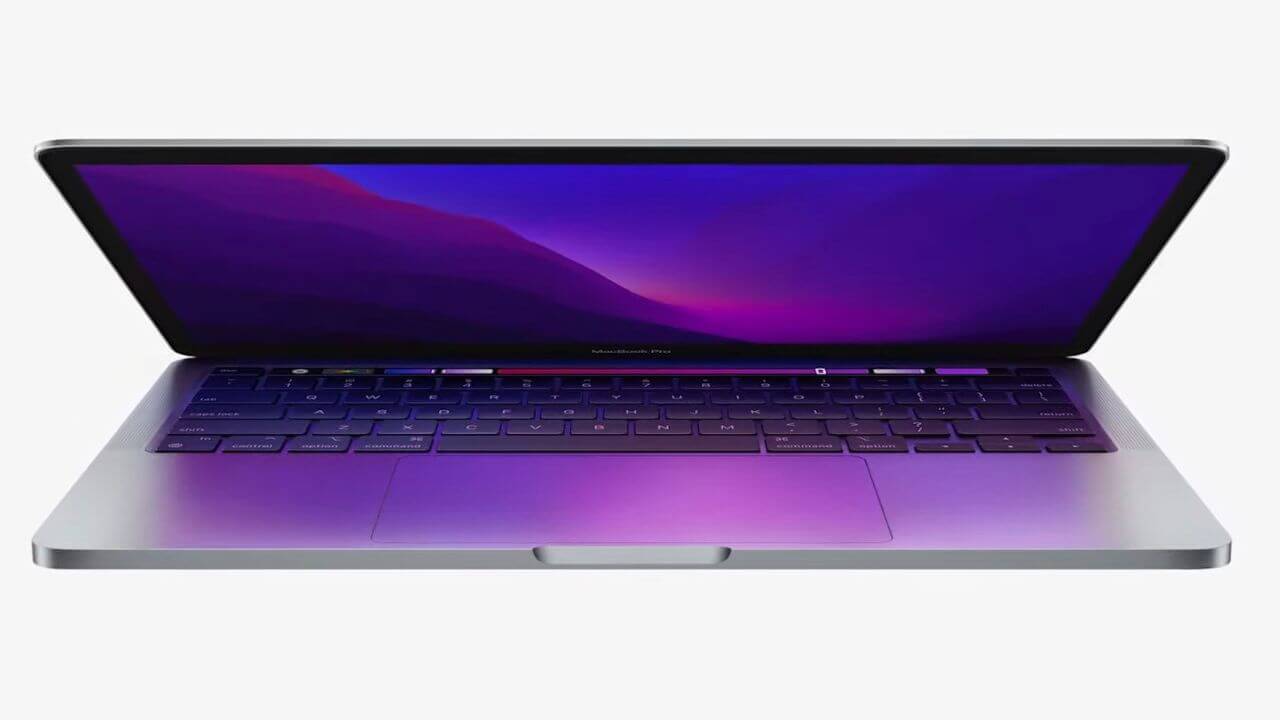 The Apple WWDC 2022 event was the center stage for many software upgrades ranging from iOS16 to watchOS 9, to iPadOS 16, and more. After many weeks of rumors and guesswork, a few products were finally announced by the tech giant. The most anticipated M2-powered MacBook Air and MacBook Pro finally saw the light of the day officially.

Here we are going to walk you through some of the major announcements made about the 2022 M2-powered 13” MacBook Pro. Keep reading!

With no change in the original 13” M1 MacBook Pro design whatsoever, Apple unveiled the M2-powered 13” MacBook Pro at the WWDC event. Similar to its 2020 predecessor, the M2 MacBook Pro features a 13.3” Retina Display with a P3 wide color gamut and TrueTone Technology topped with 500 nits of brightness.

Apple is using a second-generation 5-nm process to fabricate the Arm-based processor which allows them to pack 25% more transistors on the silicon as compared to the previous M1 chipset. Not to forget, the M2 chip still operates as an 8-core CPU chip, with its 4-core dedicated to high-performance tasks. The remaining cores are dedicated to lighter tasks that consume comparatively less power. Hence they’re called efficiency cores.

As per Apple’s benchmark, the M2 chip offers 18% more performance than its predecessor. The company also claimed that it can easily beat the 2022 Intel 10-core i7-1255U laptop when using only one-fourth of the power. Moreover, a performance jump of 38% while using video-editing apps compared to the M1 chipset was also showcased during the event. Moreover, the new MacBook Pro can encode and decode in ProRes format. All these upgrades make it a very interesting video and photo editing 13” laptop. Please note that it still retains the low-resolution 720p camera and the Touch Bar, which the company has already removed from 2021 14” and 16” MacBook Pros.

Apple notes that the new M2 MacBook Pro 13” comes with 20 hours of battery life when it comes to video playback. It should be noted that the battery life is two hours more than that of the 2022 M2 MacBook Air.

The 2022 MacBook Pro has something Apple terms Active Cooling which keeps the MacBook at an adequate temperature even if it is delivering blazing-fast performance. In simple terms, it is a fan just like the one present in the 2020 M1 MacBook Pro. The advanced thermal system and Apple’s silicon efficiency come together to sustain pro-level performance which allows running CPU- and GPU-intensive tasks for hours.

Unified Memory (RAM) of up to 24GB

For the first time, users will be able to configure the 13” MacBook Pro with up to 24GB of unified memory, allowing you to push the M2 chip with compatible apps to the next level on the go. This is useful for applications that require working with large assets like game development and more.

The 13-inch MacBook Pro is starting at $1,299 and is the least expensive laptop in Apple’s Pro laptop lineup. It will be available for purchase in July 2022.