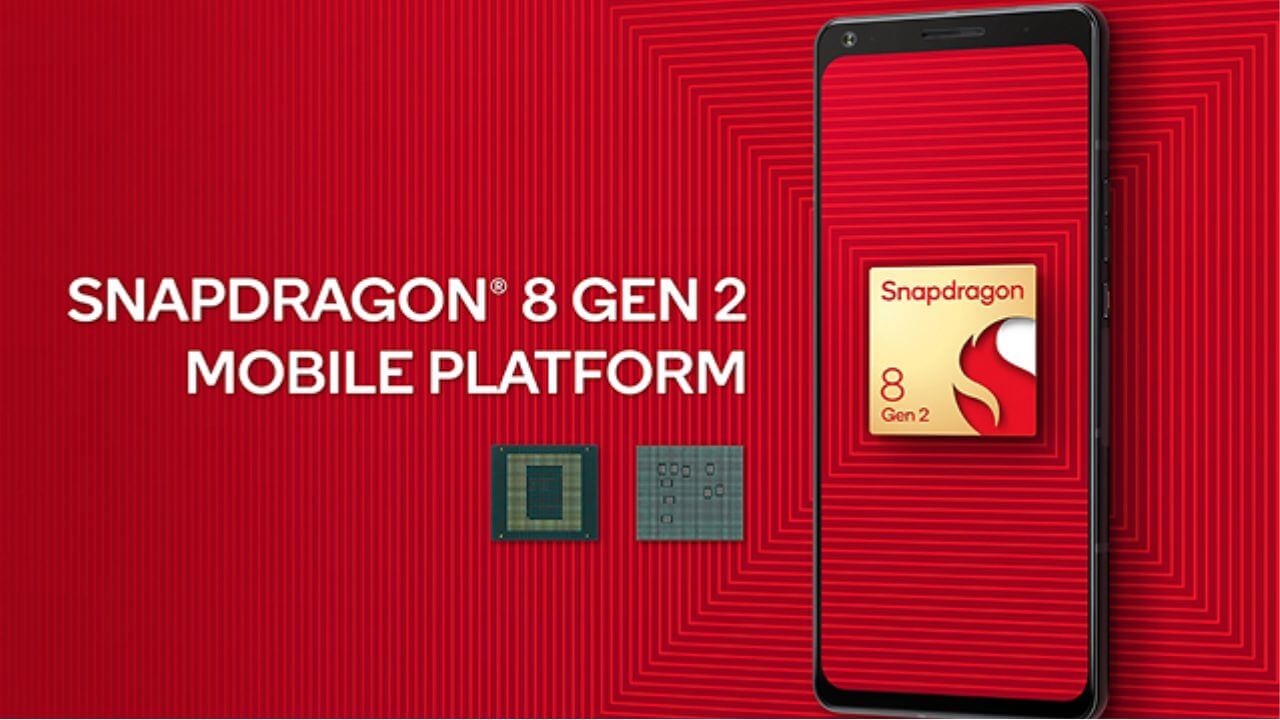 Qualcomm has a dominant force in the world of SoCs. Last year, the company launched the Snapdragon 8 Gen 1 chipset, and in May 2022, we got to see the Snapdragon 8 Plus Gen 1 SoC. Now, during the Snapdragon Summit 2022, Qualcomm has launched its next-gen flagship chipset, Snapdragon 8 Gen 2. This premium mobile chipset promises to deliver improved AI performance, Wi-Fi 7 compatibility, smarter image processing, unmatched connectivity, champion-level gameplay, and more. This latest mobile platform is designed with an aim to revolutionize flagship Android smartphones for truly extraordinary experiences.

Snapdragon 8 Gen 2 SoC claims to deliver better CPU & GPU performance while being more power-efficient than its predecessor. This flagship chipset is expected to make its debut by the end of 2022. So, we might soon get to see some really powerful Android phones with top-notch performance right down the street.

Here’s everything you need to know about the recently-launched Snapdragon 8 Gen 2 processor.

Giving head-to-head competition to MediaTek’s new Dimensity 9200 chipset, Qualcomm’s latest Kryo CPU features a similar (not identical) composition. Compared to Snapdragon 8 Gen 1 chipset, the latest Gen’s Kryo CPU includes one ARM Cortex-X3-based prime core which is clocked at 3.19GHz. It’s a solid step up from Cortex X2 which was used in the last year’s hardware. There are four performance cores (compared to three in Gen 1)- two A710 & two A715 at 2.8GHz and three efficiency cores at 2.0GHz, all of which are 200 to 300MHz faster than the previous hardware. The A710 cores deliver 5% better performance and ensure support for 32-bit apps. Whereas, the A715 cores drop support for 32-bit code execution and boast up to a 25% efficiency improvement. Just like Gen 1, the new SoC is built on the 4mn architecture.

According to Qualcomm, the Snapdragon 8 Gen 2 SoC boasts a 35% faster and 40% more power-efficient CPU. It’s impressive to know that Qualcomm didn’t just work on the CPU. The new Adreno GPU is 25% faster in graphics rendering and almost 25% more power efficient. Impressively, almost every part of the Hexagon processor has been improved to deliver up to 4.35x faster AI performance. Additionally, the new Snapdragon 8 Gen 2 chipset is much more capable of handling complex tasks like the real-time translation of a language into multiple languages.

Qualcomm’s Snapdragon 8 Gen 2 marks a new era of Pro camera experiences with its first-ever Cognitive ISP that uses semantic segmentation to enhance photos & videos in real-time. The imaging system can better distinguish and optimize different subjects in an image, including faces, facial hair, skies, clothes, and more. The color adjustments are then applied individually as the image is captured. In addition, the Snapdragon 8 Gen 2 chipset is tuned to support new image sensors from Samsung and Sony. It’s worth knowing that the world’s first 200MP image sensor, Samsung ISOCELL HP3 is optimized for the Gen 2 processor. Moving on, this is the first Snapdragon SoC to support 8K 60Hz HDR video and playback. That said, the on-device and external display support is limited to 4K.

Lastly, the “always-on” camera feature of the Gen 1 chipset has now been renamed “always-sensing”. It also supports some nice features as it will automatically hide notifications when it detects that someone has eyes on your screen.

On top of it, this ultra-advanced mobile platform also features the latest Qualcomm FastConnect 7800 connectivity system that offers both dual Bluetooth connectivity and low-latency Wi-Fi 7 support. It’s amazing to know that when we’ve just got more familiar with Wi-Fi 6 and Wi-Fi 6E devices, Qualcomm has taken a leap and come up with its Gen 2 chipset that supports Wi-Fi 7. Therefore, you can expect super-smooth connections and blazingly fast performance when you’re streaming or gaming on a Snapdragon 8 Gen 2 device.

The company also claims to deliver unrivaled realism and champion-level gameplay with its latest chipset. It supports hardware-accelerated real-time ray tracing for more realistic light, reflections, and illuminations for a desktop-level gaming experience. The upcoming devices from ASUS and Oppo are said to support this feature.

Qualcomm officially announced that the latest Snapdragon 8 Gen 2 Mobile Platform will be adopted by global brands, including ASUS Republic of Gamers, Motorola, Xiaomi, Honor, iQOO, OnePlus, Nubia, Oppo, Vivo, Redmi, SHARP, REDMAGIC, Sony Corporation, XINGJI/MEIZU, and ZTE. The first set of Snapdragon 8 Gen 2 devices are expected to launch by the end of 2022. Additionally, we can expect to see this insanely-capable chipset on flagship Android smartphones in 2023.

While we’ve seen all major global brands, Samsung is conspicuously missing from the list. Well, we’ve already heard rumors that Samsung will use its own Exynos chipset in models sold outside of the US. So, right now, it isn’t clear whether the upcoming Galaxy S23 smartphones will be powered by the latest Snapdragon 8 Gen 2 chipset. Samsung might plan to hit a different road with its 2023 flagships.

Zoom not working on iPad? Here are 12 ways to fix it