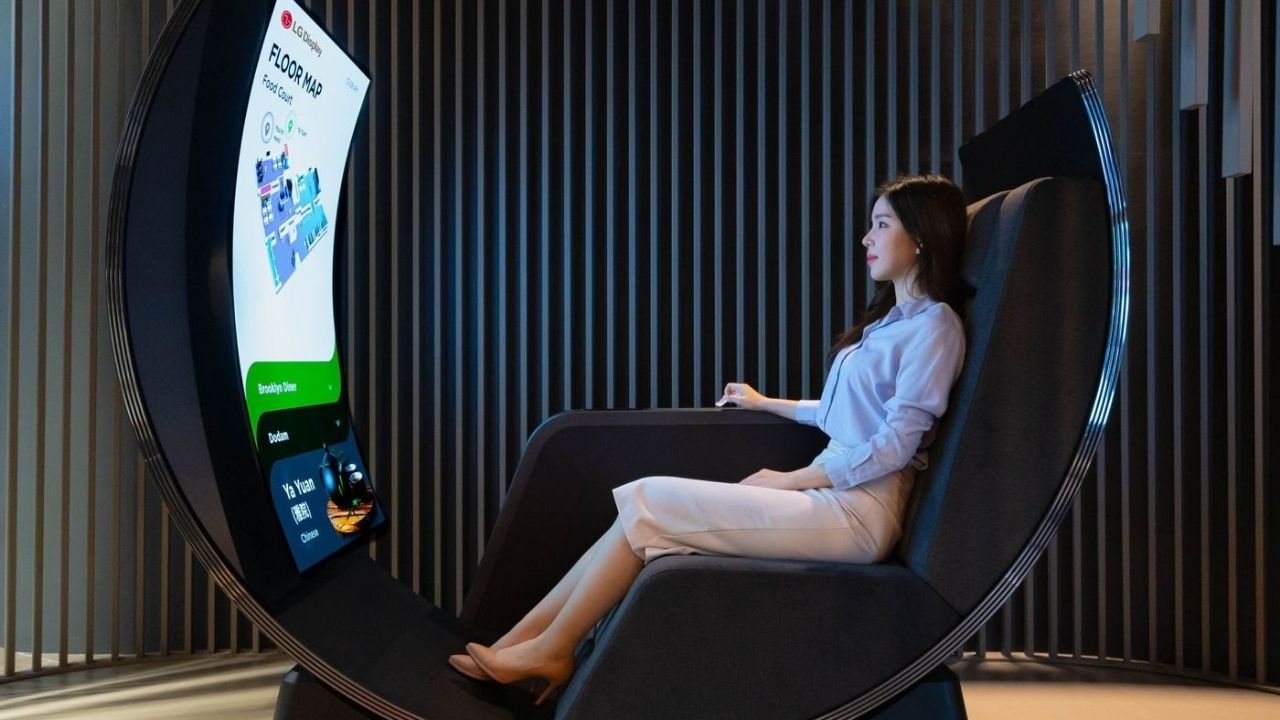 Just like 2021, LG Display has released their next-gen array of designs to show off at CES 2022, including a media-focused throne for one they’re dubbing the ‘Media Chair’ amidst leaks of their Smart TV Lineup

According to LG Display, the Media Chair is not yet a product, but they are in talks with a Korean massage chair manufacturer about selling it as a finished product in the near future. However, the idea shown off by LG Display for CES 2022 will not have any massage features, albeit it does feature a very comfortable-looking reclining chair.

While there aren’t any built-in robotic massagers just yet, the design does have a lot of vibration going on — speakers in the chair, as well as a speaker built into the OLED panel itself, owing to LG Display’s Cinematic Sound OLED (CSO) technology, which vibrates the screen to produce sounds.

According to LG’s spokesperson, Matthew Weigand, the TV has a 55-inch OLED display with a 1500R curve, which provides the “ideal focal distance away from a person for a best viewing experience.” It can also switch between portrait and landscape modes by pressing a button on the right armrest’s touchscreen control panel. Because the TV is linked to the chair’s frame, it stays in your line of vision while you recline the entire chair.

We don’t know when or if the Media Chair will make its way into our homes, or what type of price we can anticipate to pay for such a thing, because it’s simply an idea and not a product. This LG Display concept is a fascinating glimpse into the future, but it will only become a reality if companies begin to manufacture consumer systems based on similar designs!

Best USB-C and Thunderbolt Monitors for Windows Laptops in 2022