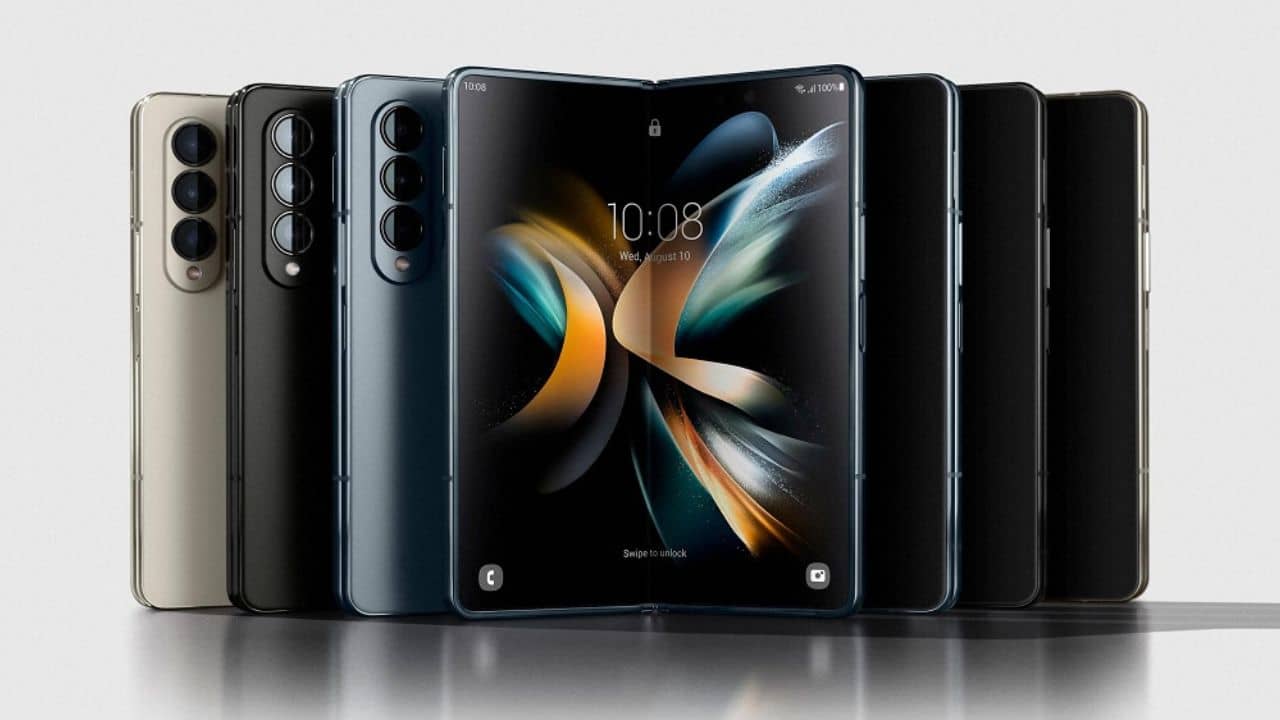 Let’s see what Samsung Galaxy Fold 4 has to offer this year is this the best foldable smartphone yet?

The design of the Samsung Galaxy Fold 4 is almost the same as its predecessors with the thinner bezels and slimmer hinge. The Galaxy Fold 4 is lighter with a weight of 263g as compared to the 271g of Galaxy Z Fold 3. Despite the minor weight reduction, the ultra-thin glass used in Galaxy Z Fold 4 is now 45% stronger than before. The outer display is 6.2-inch while the inner display of 7.6-inches in size. Both panels are  AMOLED with a 120Hz refresh rate and 1000 nits of typical brightness.

The refresh rate is adaptive and can go from 1-120 Hz while in Galaxy Z fold 3 it was 10-120Hz which will save the battery even more. The cover display is of Gorilla Glass Victus+ and the Armor Aluminum frame has improved the durability. Fold 4 is the only foldable smartphone that has IPX8 water and dust resistance. You’ll also get support for S-Pen though there’s still no holder for the Samsung stylus and you have to buy a case with a built-in S-Pen holder. The phone comes in 4 colors now Grey-Green, Black, Beige, and Burgundy (Samsung exclusive) with a satin texture finish which makes it easier to handle and improves gripping.

Samsung has done serious improvements in the camera department. On the exterior rear side, you’ll get 3 cameras one 50MP primary sensor, a 12MP wide camera, and a 10MP telephoto camera. This rear camera setup has been borrowed from the Galaxy S22 and S22 Plus. On the exterior front, you’ll get a 10 MP selfie camera and a 4MP internal under-display camera. Foldable smartphones have always brought more flexibility while clicking pictures. You can use the 50MP sensor and click a pixel perfect selfie because of the Dual preview mode. The 10MP selfie camera is an improvement while the 4MP front-facing camera is still the same in terms of specs. Although it does a nice job of hiding itself this time.

Samsung Galaxy Z Fold 4 has a 4,400 mAh battery which supports 25W wired charging just like its predecessor. The wireless charging has also been upgraded to 15W as compared to 10W in Fold 3. All thanks to the new processor, we should see improved battery life. There is no charger in the box but there are plenty of Galaxy Z Fold 4 chargers that are worth buying.

Samsung Galaxy Z Fold 4 comes in three different storage variants while the 12GB RAM is the same in all the models. You’ll get 256GB, 512GB, and 1TB variants to choose from. The 1TB storage option is new to Fold 4 and content creators will gravitate toward this because Fold 3 only offered a max of 512GB only.

Galaxy Z Fold 4 has used Qualcomm’s Snapdragon 8+ Gen 1 which is the most powerful chipset right now. This also means the Galaxy Z Fold 4 has a more efficient  SoC and we should see longer battery life. This foldable phone ships with Android 12L and One UI 4.1. In addition to that Samsung is giving 4 years of software and 5 years of security updates that make your foldable phone up to date till 2027. This makes it an interesting investment for early adopters.

Galaxy Z Fold 4 is marketed as a productivity gadget while Flip 4 is more focused to appeal content creators & casual users. With Fold 4 Samsung is trying to create something that fits the need of the Samsung Galaxy Note and the iPad users who are habitual of using the S-Pen and Apple Pencil but in a more flexible way. The Galaxy Fold 4 provides a laptop-like multitasking experience with the unfolded main display. The most notable feature in this area is the taskbar or a dock where you can add the most used apps and instantly pop up them in 3 different windows for multitasking. You can also launch the second tab of the same app for example working on 2 documents simultaneously as you do on a laptop or a tab.

More optimized apps have been optimized for the “Flex Mode” which allows you to use navigate apps from the bottom segment without disturbing what’s going on in the above fold.

The Galaxy Z Fold 4 is available for pre-orders from 10 August however it goes on sale from 26 August 2022 onwards.

Let us know in the comments what are your thoughts about Galaxy Z Fold 4.