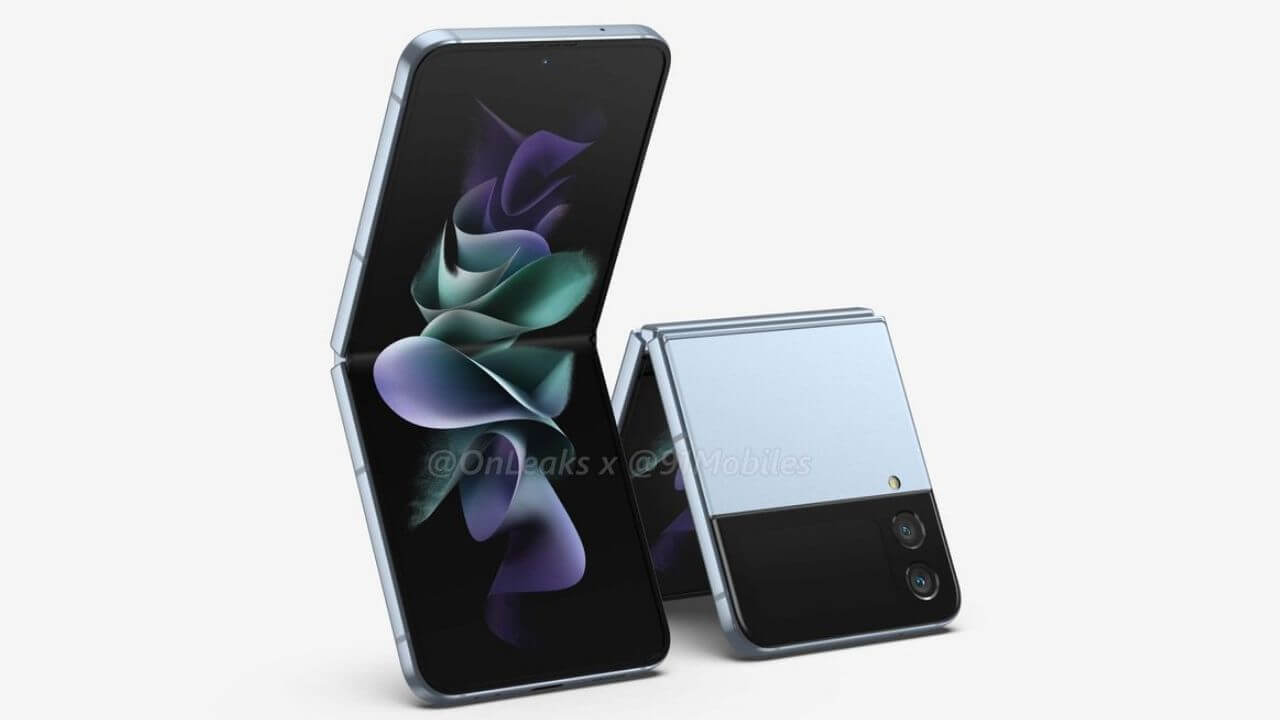 The Galaxy Z Flip 3 launched last year was an absolute hit as it saw record-breaking orders from the time it was up for sale. The lower price tag and refined design were one of the main reasons behind its massive success. No wonder Samsung is coming with the next model this time around, it will be called the Galaxy Z Flip 4. We have come across several leaks and rumours that have hinted at many details regarding the upcoming flip phone, which hope to see later this year. With an improved design in Galaxy Z Flip 3, Samsung has elevated the expectations of its users. It will be interesting to see if the company lives up to the expectations with the upcoming clamshell foldable.

Several renders popped up on the internet hinting that the design of the Galaxy Z Flip 4 will be similar to the one we saw with the Z Flip 3 launched last year.

The Galaxy Z Flip 4 will pack the upcoming Qualcomm Snapdragon 8+ Gen 1 chipset. This makes Samsung’s upcoming clamshell foldable among a few phones alongside the Moto Razr 3 to feature the newest flagship chipset. You might see at least 8GB RAM with a maximum of 256GB storage. We don’t expect Samsung to go back to the microSD card slot.

As we know the Galaxy Z Flip 3 shipped with a 3,200mAh battery with 15W charging, an upgrade is much awaited. There are chances that we will see a big battery and improved charging speed on the Galaxy Z Flip 4.

The dual-camera setup on the Galaxy Z Flip 3 wasn’t the best, especially if compared to the standard flagships as the Galaxy S21 Ultra launched alongside the cute foldable. Many users believe that the Galaxy Z Flip 4 will fail if Samsung fails to pull off an upgrade to that existing camera setup that we saw on its predecessor. Fingers crossed!

Samsung is expected to ship the Galaxy Z Flip 4 with Android 12 (OneUI 4.0) out of the box. However, there’re several speculations that the upcoming clamshell foldable might ship with Android 13, who knows! We also expect a new One UI version (One UI 5.0) to pop up for minor software upgrades this year around. As we are talking about the software, we should not forget that Samsung promised 5 years of security updates for flagship models last year.

Also read: Nothing Launcher Beta available for phones on Android 11 or above

We saw Galaxy Z Fold 3 at the 2021 August unpacked event, therefore it is certain that the Z Flip 4 will debut around the same time frame. The reduced $999 price for Z Flip 3 did receive applause from users the previous year, we expect Samsung to stick with that price tag.

This Thunderbolt Dock has dual NVME SSD slots: Here’s all you need to know