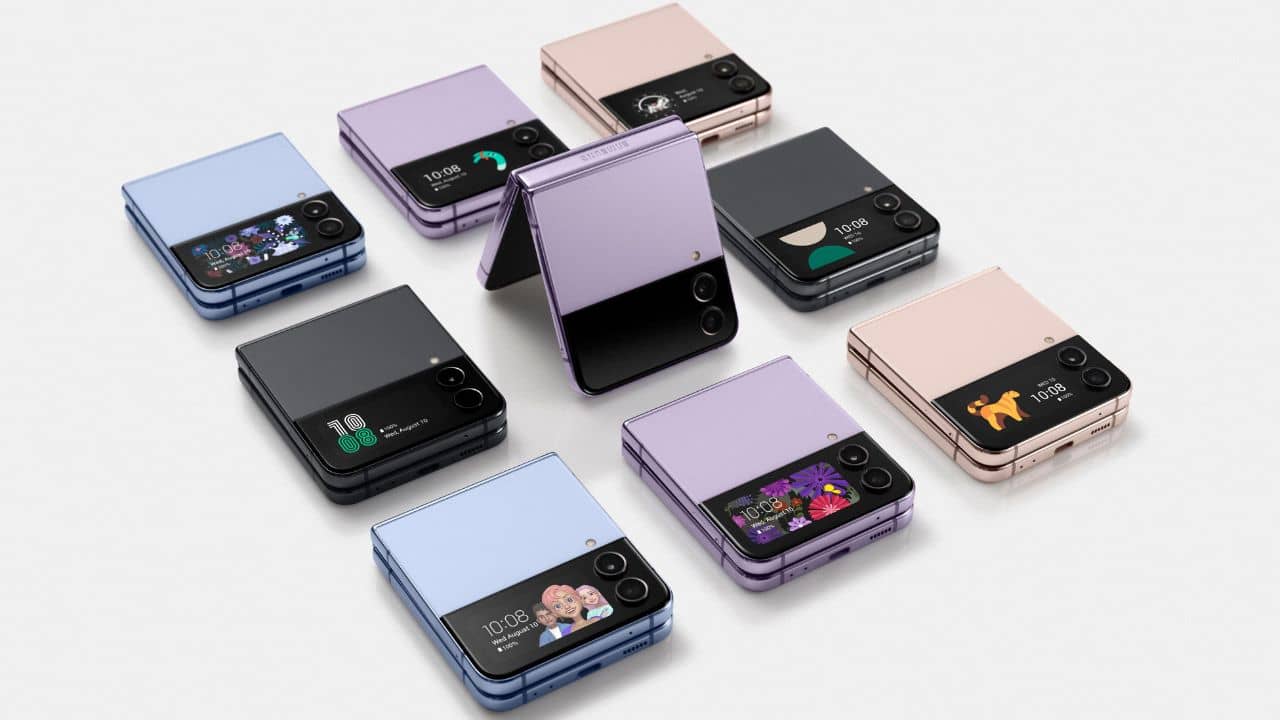 Galaxy Z Flip 4 is finally here. Samsung unveiled the 2022 flagship foldable at the Galaxy August Unpacked event held on August 10th, 2022. With the announcement, Samsung also confirmed all the details which were rumors earlier. Besides, the Galaxy Z Flip 4, the tech giant also announced the book fold-style Galaxy Z Fold 4. Both these foldables follow the last year’s design language, however, there have been significant changes on the inside. At first glance, the Galaxy Z Flip 4 looks like a worthy successor as Samsung has made meaningful improvements to the device.

The inner display comes with a 120Hz refresh rate and HDR10+ support for the best visual experience. Keeping up with the tradition of packing new chipset, Samsung integrated the latest Snapdragon 8 Gen+ 1 processor in the cute little flagship foldable this time around. Talking of software and user experience, the successor of Galaxy Z Flip 3 runs on Android 12L and One UI 4.1.1, out-of-the-box. Plus, it comes with support for 5G, Wi-Fi 6, and stereo speakers for unmatchable audio.

The Galaxy Z Flip 4 comes with Samsung’s tough Armor Aluminum for increased durability. As for screen durability, there’s Gorilla Glass Victus+ on the cover display, whereas an ultra-thin glass takes care of the main screen. Like its predecessor, the Galaxy Z Flip 4 has an IPX8 water resistance rating. Further, you’ll find a side-mounted fingerprint sensor, and Samsung Pay (Visa, MasterCard certified) on the 2022 Samsung flagship foldable.

Samsung claims that the camera on the Galaxy Z Flip 4 comes with a 65% brighter sensor as compared to its predecessor. This eventually means that you can now take better and even brighter low-light or night photos. Talking of numbers, the Z Flip 4 houses a dual-camera setup – a 12MP f/1.8  primary sensor, and a 12MP f/2.2 ultra-wide sensor. There’s also a 10MP punch hole selfie camera on the main display. With the Galaxy Z Flip 4’s camera, Samsung promises better images and video recording in all lighting environments, but time will tell how good they are. We will cover the Galaxy Z Flip 4 review on our YouTube channel soon, please make sure to subscribe to it.

With Galaxy Z Flip 4, Samsung promised even more battery life, thanks to the addition of extra power. The Samsung Z Flip 4 packs a 3700mAh battery, an additional 400 mAh of power in comparison to the last year’s Z Flip 3 5G, which had a 3300 mAh battery. The fourth generation of Galaxy Flip supports 25W fast wired charging, which Samsung claims that it is enough to power the latest foldable to halfway full in just 30 minutes. In addition, the Galaxy Z Flip 4 supports 15W fast wireless charging as well as 4.5W reverse wireless charging. No doubt, Samsung has upgraded the battery and charging capacity, which means in theory Galaxy Z Flip 4 should outclass its predecessor.

The Samsung Galaxy Z Flip 4 is priced at $999.99 – the same price at which Galaxy Z Flip 3 was announced last year. The phone will be available in 128GB, 256GB, and 512GB storage variants. However, the 512GB variant will be exclusively available on the official Samsung website. For those who crave color, Samsung is offering the Galaxy Z Flip 4 in four gorgeous color options – Purple, Graphite, Pink Gold, and Blue. What’s more exciting is that the Bespoke Edition is back this year. Now, you can choose from a total of 65 combinations to give your device a personal look.

At the event itself, Samsung officially confirmed that the pre-orders begin on August 10, 2022. Whereas, the device will go live on sale on August 26, 2022. We recommend pre-ordering the Galaxy Z Flip 4 as it will help you get a lot of freebies. Samsung announced that users who pre-order the device will get free memory upgrade, up to $900 of trade-in credit, and a choice between two complimentary phone cases. Not a bad deal, right? Go enjoy the flip experience and let us know your views about the device in the comment section below.