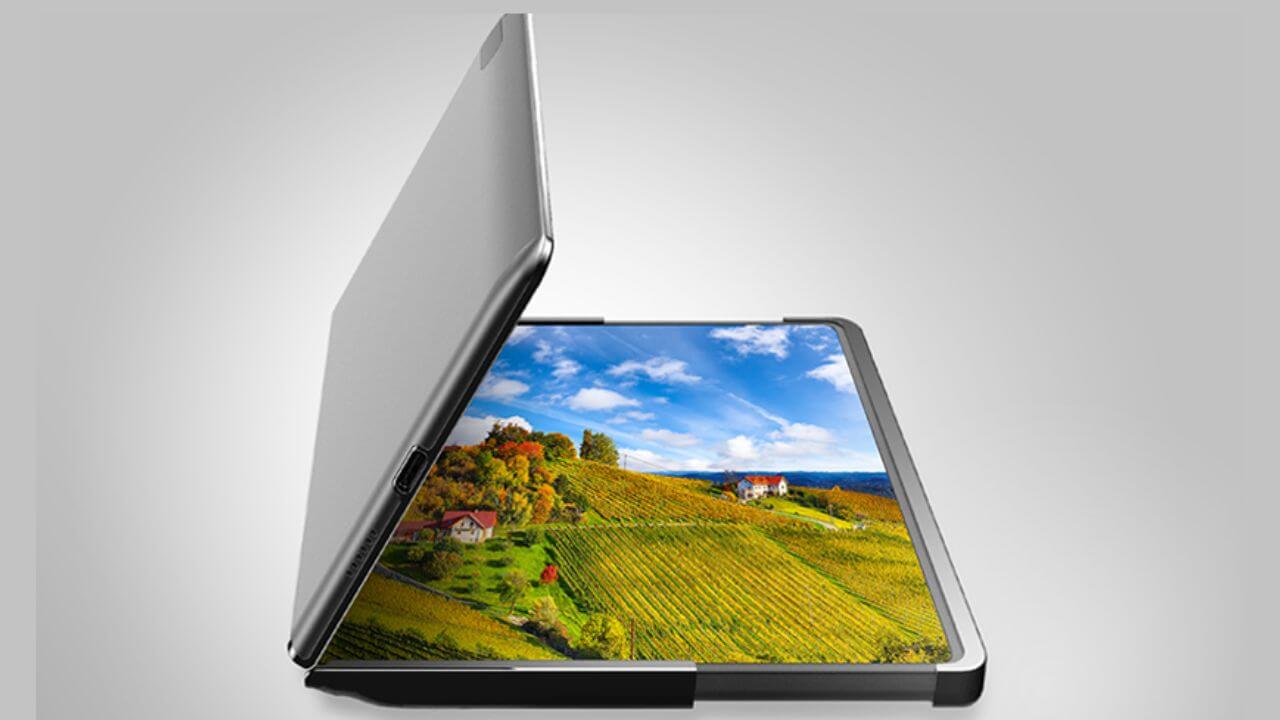 Samsung is known to push the boundaries of innovation with its experimental designs & form factors. While the world is still admiring the foldable and flippable touchscreen displays, Samsung plans to raise its already high-set bar with futuristic, sliding & folding displays. Yes, you’ve heard it right! If you’re thinking that smartphones, tablets, & laptops have reached their final forms, Samsung is once again here to blow your mind with some jaw-dropping designs & innovative technologies. The Korean tech giant gave a sneak peek at its new foldable and rollable displays at CES 2023.

Here are the exciting concept devices that Samsung teases at CES 2023.

Samsung teased an array of foldable displays at CES 2023. But, there’s one concept device that stole the entire limelight. With a vision to transform the future of displays, Samsung showed off the Flex Hybrid which combines two innovative smartphone display technologies into a single device. It’s a tablet-sized device with a foldable left side and a slidable right side. It basically transforms a 10.4-inch OLED screen in a 4:3 aspect ratio to a bigger, 12.4-inch screen in a 16:10 ratio when fully slid open.

Alongside the Flex Hybrid, Samsung also displayed some other concept devices showing off what the future of screens could be. The South Korean giant also showcased its 17-inch large-screen slidable display with two concept devices, Flex Slidable Solo that opens on one side, and a Flex Slidable Duet which can slide open in two directions. Second, there’s Samsung Flex Note, a laptop that unfolds into a huge screen with a complete touch-screen keyboard as we’ve on our smartphones and tablets. Then we have the Samsung Flex In & Out Display that looks quite similar to the Galaxy Z Fold 4 with another exciting fold. This display can fold back giving you two different screens on each side of the device.

Next on the list of futuristic foldable displays is the Samsung Flex G which can completely transform your thoughts on foldable screens. The reason it’s called Flex G is because when you fold it, the hinges create a letter G. Unlike other foldable displays that fold into halves, Flex G can be infolded into three large screens. It will make you feel as if you’re unfolding a piece of paper into three large screens allowing you to open & work with up to three different apps simultaneously. Samsung Flex G is shown in two different sizes, the first one looks like a tablet and the other one has a more compact design which looks like a smartphone when folded & a tablet when you unfold the device.

Similar to Flex G, Samsung also teased another concept device, Flex S that can be folded down to have a nice & compact design that looks like a smartphone giving you one screen at a time. When you unfold it, the hinges create a letter S and offer you up to three screens for multitasking. In terms of screen size, Samsung Flex S has a phone and a tablet version.

It will be super-exciting to see if these foldable & slidable displays can be Samsung’s Next Big Thing. Also, we just can’t wait to see how everything fares and how will it affect consumer foldables down the line.