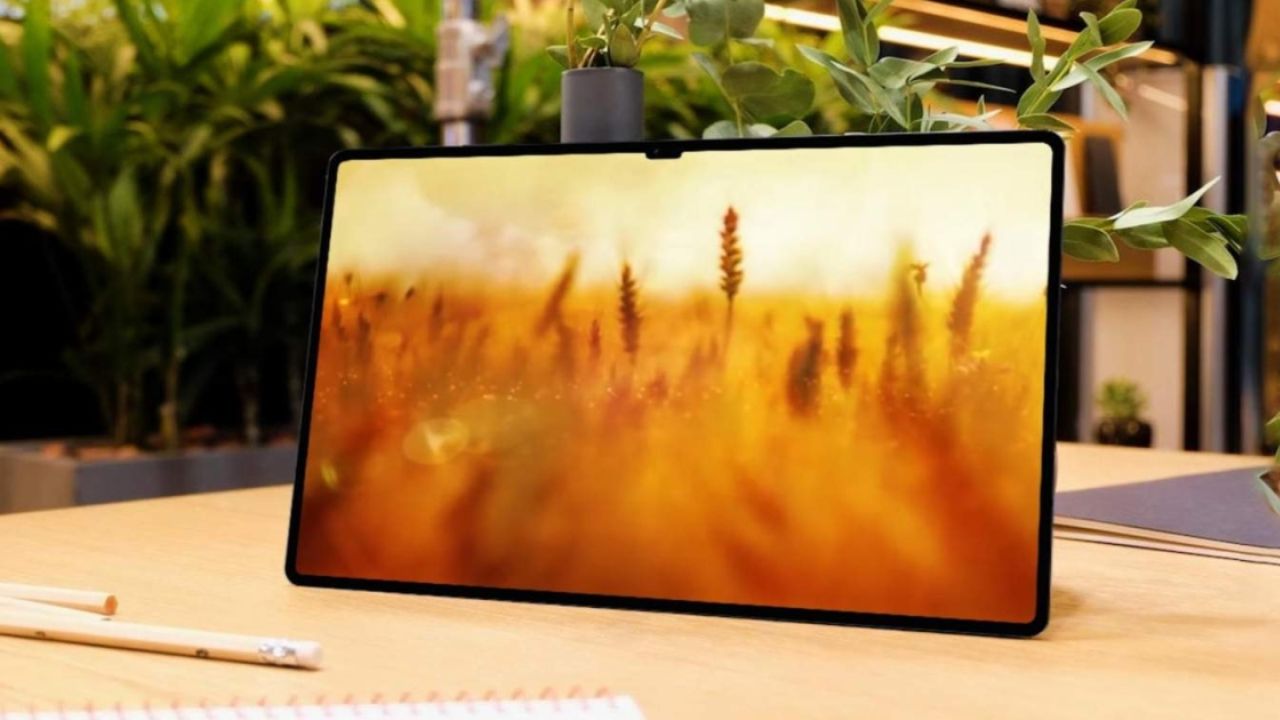 Similar to the 2021 Galaxy S21 series which includes the Galaxy S21, S21+ and the S21 Ultra, the Samsung Galaxy Tab S8 Ultra is rumoured to be in the works. The specifications for the forthcoming flagship tablet have been leaked. The Galaxy tablet is believed to have a large 14.6-inch display with thin bezels and 2021 14/16-inch MacBook Pro like display. Yes, you guessed it. There’s a notch in the display. The Galaxy Tab S8 Ultra is also believed to be powered by the next-gen Snapdragon 8 Gen 1 SoC, which comes with up to 16GB of RAM and 512GB of internal storage. At this time, the Samsung Galaxy Tab S8 Ultra is expected to be released early next year.

According to SamMobile, the Galaxy Tab S8 Ultra will boast a massive 14.6-inch WQXGA+ display with a resolution of 2560×1600 pixels. Based on the leaks and renders, there appears to be a large camera notch housing a dual camera setup and 6.3mm slim bezels.

According to one report, the Samsung Galaxy Tab S8 Ultra will employ the Exynos 2200 processor, while the Galaxy Tab S8 Plus will use the Snapdragon 8 Gen 1 processor. Early in 2022, they are projected to be the two fastest Android chipsets. The former is known for 34% higher GPU performance which means better performance and gaming experience for gamers. The latter features a beefed-up 18-bit triple image signal processor (ISP), and machine learning (ML) number-crunching capabilities that are superior than ever which also features a 5G modem.

One UI 4.1, which is based on Android 12, will come preinstalled on the device. New features in One UI 4 include a ‘Extra Dim’ option to reduce eye strain when using the tablet, the ability to change the transparency of app windows, and the ability to swiftly start programmes from the taskbar. Moreover, the Samsung Galaxy Tab S8 Ultra will come with a new ‘DeX Portrait’ mode that switches DeX from landscape to portrait orientation, as well as a three-column Samsung Health app.

Also Read: Huawei to compete with Samsung with its own foldable P50 Pocket smartphone

Samsung Galaxy S20 Plus Review: The Galaxy You Should Buy!