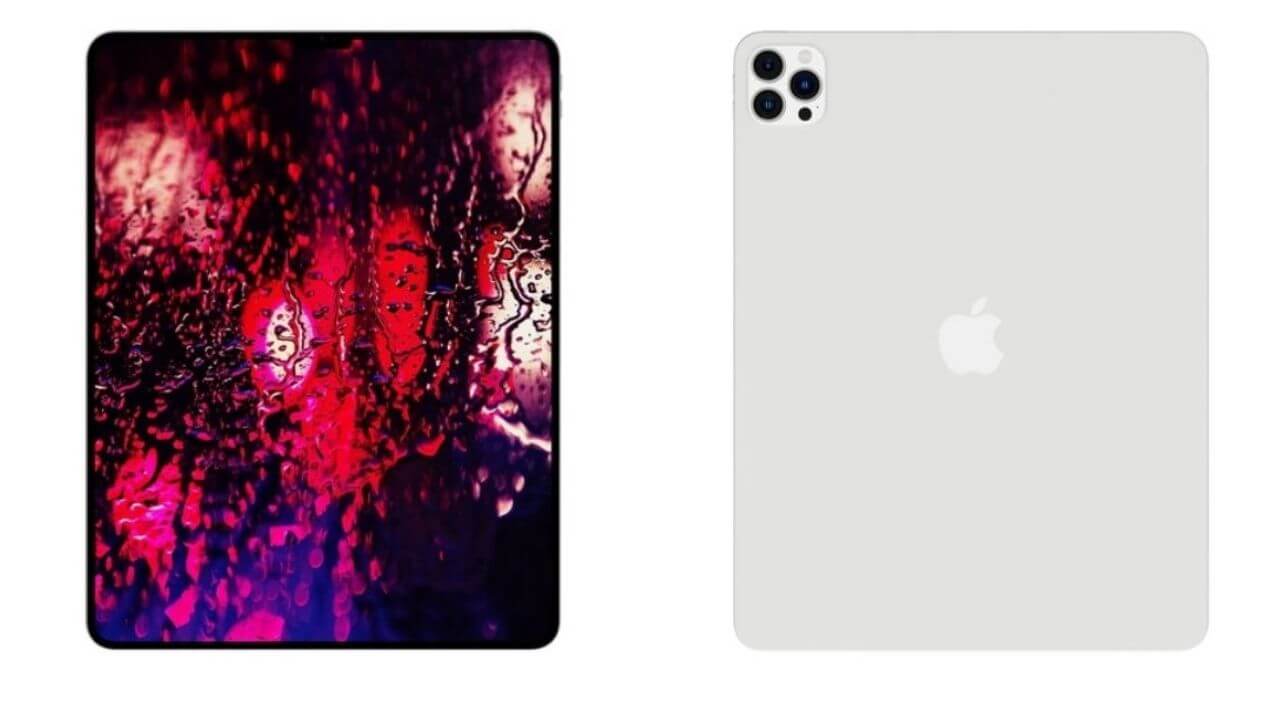 The iPad Pro 2021 brought the biggest changes to Apple’s tablet lineup with its upgraded Mini-LED display, camera improvements, and of course, the M1 chipset. Now, the iPad Pro 2022 is said to take that legacy even a notch higher. Ever since Apple launched the M1 iPad Air 2022 at its Peek Performance event, the internet is buzzed with rumors, leaks, and expectations around the upcoming iPad Pro 2022. There are strong rumors that Apple is working hard on its next-generation iPad Pro and could deliver some eye-popping features to its flagship tablet. We’ve summed up all the leaks, tips, and rumors around the iPad Pro 2022 so that you can have an idea of what Apple could bring to its users with the much-loved iPad Pro series.

Also Read: iPhones to finally get a USB-C port

If we talk about the overall look and design of the iPad Pro 2022, it will look pretty similar to its predecessors. Having said that, there are some leaks and rumors that iPad Pro 2022 models could be constructed of the titanium alloy to bring slimmer bezels, more durability, and scratch-resistance to these premium Apple tablets.

Just like the previous generations, the iPad Pro 2022 is expected to come in an 11-inch and a 12.9-inch model. In addition, Apple is said to be working on gigantic 15” iPad Pro models with OLED displays. Currently, Apple uses LCD and Mini-LED technologies on its iPad and Mac lineups, and the introduction of OLED technology could deliver brighter and more power-efficient displays on iPads.

For reference, Apple has started using OLED technology on its iPhones since the launch of the iPhone 11 Pro and Pro Max in 2019. All the models of the iPhone 12 and iPhone 13 Series boast an OLED panel. If we talk about 15-inch OLED iPads with support for macOS, they could be a couple of years away. Moving further, we could also see flat edges and a notch on the new iPad Pro 2022 models.

A lot of leaks and rumors suggest that Apple is likely to introduce the 11-inch iPad Pro 2022 models with the mini-LED technology. Although the mini-LED screen tech is not an entirely new feature on the flagship tablets, it’s a welcome feature on the 11-inch iPad Pro models. Debuted in 2021, the mini-LED technology was exclusive to the 12.9-inch iPad Pro, but this year, we might get to see a brighter and more colorful 11-inch iPad Pro. Having said that, there is an equal number of suggestions and leaks that Apple will keep the Mini-LED display tech exclusive to its maxed-out Pro tablets only. To figure out what Apple has exactly planned for its iPad Pro users, we’ll have to wait until the tech giant officially announces its premium iPad models.

There have been a lot of conversations and suggestions around the camera systems on the iPad Pro 2022 models. Apple is rumored to introduce a triple rear camera setup on the new iPad Pro 2022 lineup, and this is definitely an upgrade from the current M1 iPad Pro that packs two lenses on its rear panel. Therefore, in addition to a wide and ultra-wide sensor, we might see a telephoto lens on the 2022 iPad Pro camera.

Of course, just like the M1 iPad Pro, the new iPad Pro 2022 camera will have a LiDAR scanner as well. On the front, we would continue to see a 12 MP camera with the much-appreciated Center-Stage feature.

While the overall iPad Pro 2022 design is likely to be the same as its predecessors, there are strong rumors that the upcoming iPad Pro models will sport a glass back, instead of the aluminum one. According to Bloomberg, Apple is planning to switch to a glass back to enable wireless charging or MagSafe support on the iPad Pro models. While wireless charging has been there on the iPhones, since the launch of the iPhone 8 in 2017, it would surely be a welcome feature on Apple’s flagship tablet lineup.

That’s not all. Apple could also take a step further and finally introduce reverse wireless charging on its devices with the iPad Pro 2022. If this is legit, Apple users will be able to charge their Qi-enabled iPhones and AirPods by placing them on their iPad Pro 2022 models. This would definitely be one of the major upgrades on Apple devices.

An early 2022 report from 9to5 Mac also suggests that instead of a complete glass back, Apple is developing prototypes with a larger Apple logo (just like the new MacBook Pro). This logo would be made out of glass to enable wireless and reverse wireless charging support. Additionally, iPad Pro 2022 might have embedded magnets to introduce a feature similar to MagSafe on iPhone. These magnets will be more powerful and could offer faster-charging speeds than the iPhones.

Since Apple has introduced the iPad Air 5th gen with the M1 chipset, the new iPad Pro 2022 is expected to feature an M1 Pro or M1 Max SoCs. For reference, the 14” and 16” MacBook Pro are packed with M1 Pro and M1 Max chipsets. When the mid-range iPad Air 5th gen is packed with the M1 chipset, it makes sense to assume the more powerful and advanced chipsets will be on the iPad Pro 2022 models. We might see the M1 Pro on the 11-inch iPad Pro 2022 and the M1 Max chipset on the maxed-out flagship. There are no strong leaks to back this up yet, so take it with a grain of salt.

On the flip side, there are equal chances that Apple will introduce a new, M2 chipset to power the 2022 iPad Pro models. This new Apple’s in-house SoC will feature the same eight-core architecture but will be faster than the M1 processors.

Now, coming to the expected iPad Pro 2022 release date, the newest Apple iPad Pro range is expected to be announced this fall. These rumors are also backed by Bloomberg and other reliable tipsters. In addition, since Apple holds a couple of events in the fall, the iPad Pro 2022 might make its debut in that window.

Are you excited about the iPad Pro 2022? Do share your views in the comments section below.