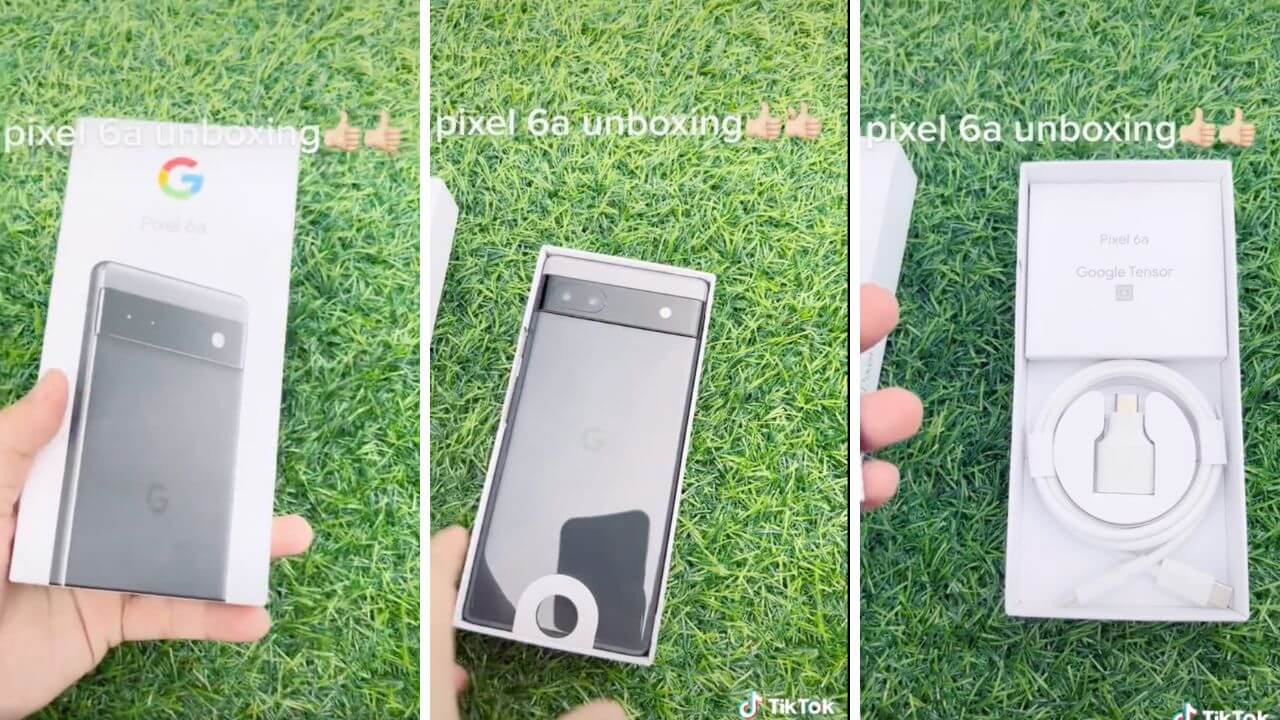 Google Pixel 6a has been subjected to multiple leaks, first in September 2021  and then again in January this year in a coloring book merch published by Google themselves. Pixel 6a was officially announced at the  Google I/O 2022 event back in May 2022.

While the tech giant has already announced a lot of things about the price and specs. Two unboxing videos have surfaced on the internet first on TikTok and then on YouTube.

The leaks are not limited to the unboxing video, seemingly the same person who leaked the video (judging by the username) is selling this phone in various parts of Asia through Facebook Marketplace. This isn’t surprising as Google Pixel devices tend to pop up online weeks or even months before official release dates.

Another video that appeared on 11 June was by Fazil Hazim who is based in Malaysia. He posted an unboxing video of Pixel 6a on his YouTube channel revealing the specifications and looks of the phone in full glory.

What’s in the Box?

The new TikTok video revealed the retail box of the Charcoal variant of Pixel 6a. The box includes the phone, a USB-C charging adapter, a Type-C to Type-A adapter, and a USB Type-C charging cable. You can also see the huge Google Tensor branding on the adapter box to emphasize the newly developed chip that powers the device.

The Google Pixel 6a comes with a compact 6.1-inch OLED display with a standard refresh rate of 60Hz and Gorilla Glass protection. It is powered by the Google Tensor SoC paired with 6GB RAM and 128GB storage. The Google Pixel 6a sports a 12MP Ultrawide camera, a 12.2 MP primary camera, and an 8MP selfie snapper camera. In terms of endurance, the Google Pixel 6a contains a 4410 mAh battery with support for 18W fast charging. It will run on Android 12 at launch which will be upgradable to  Android 13 in the future.