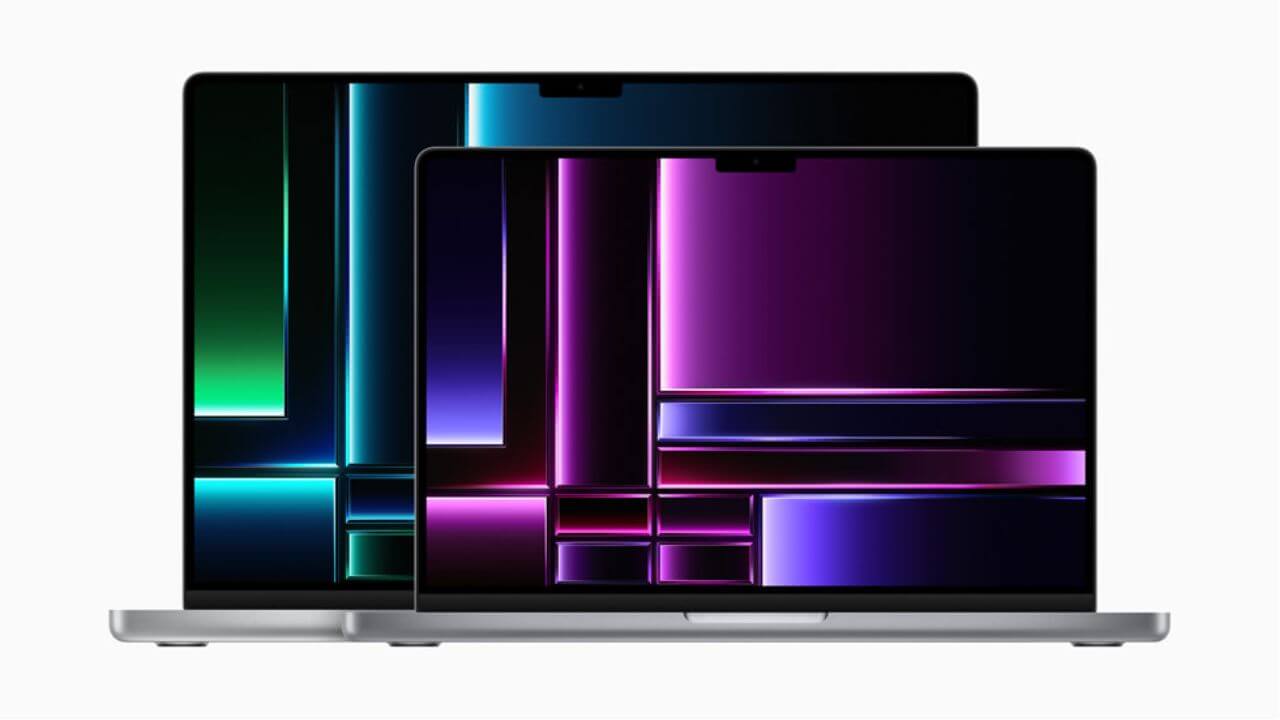 Apple introduced the much-awaited M2 Pro and M2 Max SoCs which are claimed to be the world’s most powerful and efficient chipsets in a pro laptop. These next-gen Apple Silicon processors deliver more game-changing performance and the longest battery life. Talking about the M2 Pro chip, it features a 10 or 12-core CPU with eight high-performance and four high-efficiency cores that deliver up to 20 percent greater performance than M1 Pro. Additionally, the next-gen GPU with 19-cores offers up to 30 percent more graphics performance and the Neural Engine is 40 percent faster which takes the Machine Learning tasks a notch higher. Thanks to up to 32GB of memory and 200GB/s of memory bandwidth, the MacBook Pro M2 Pro can run multiple apps at a significantly faster speeds.

Coming to the M2 Max SoC, it also offers up to 20 percent greater performance than the M1 Max chipset. Additionally, the M2 Max processor features a much larger GPU with up to 38 cores that’s capable enough to deliver up to 30 percent greater graphics performance over M1 Max. Moving further, with up to 400GB/s of memory bandwidth and up to 96GB of memory, the M2 Max MacBook Pro is designed for intensive graphics workloads like creating scenes with extreme 3D geometry and textures or merging massive photographic panoramas.

The new M2 MacBook Pro is designed to master the most demanding workflows. For example, effects rendering is up to 6x faster and color grading is up to 2x faster than the fastest Intel-based MacBook Pro. Thanks to the powerful M2 Pro and M2 Max processors, the new MacBook Pro offers a battery life of up to 22 hours which is the longest battery time ever offered on a Mac. For reference, the 16-inch MacBook Pro 2021 model delivers up to 21 hours of video playback. The maxed-out Apple M2 Max with 12-core CPU, 38-core GPU, and 96GB of unified memory allows the creators to work on larger scenes that PC laptops can’t even run them.

Interestingly, the 14-inch and 16-inch M2 MacBook Pro are the first set of Macs to include Wi-Fi 6E support. This ensures faster wireless connectivity with increased speeds, lower latency, and less congestion on a busy network. Also, it makes the latest 14-inch & 16-inch MacBook Pro twice as fast as the older models. The M2 iPad Pro already supports Wi-Fi 6E and we’re expecting to see this faster wireless connectivity on the upcoming iPhone 15 models. The new M2 MacBook Pro models also feature a more advanced HDMI interface which brings the 8K display support for the time on a Mac. The 2023 MacBook Pro 16 can handle 8K displays up to 60Hz and 4K displays up to 240Hz. Just like the previous models, the latest MacBook Pro packs three Thunderbolt 4 ports for high-speed connection to external accessories, an SDXC card slot, and MagSafe 3 charging.

What do you think of these newly launched power-packed MacBook Pro models? Don’t forget to share your views in the comments below.

How to Fix iPhone Stuck on Preparing Update? -iOS16 Support