Samsung Galaxy S23 Series Leaks and Rumours: Everything we know so far 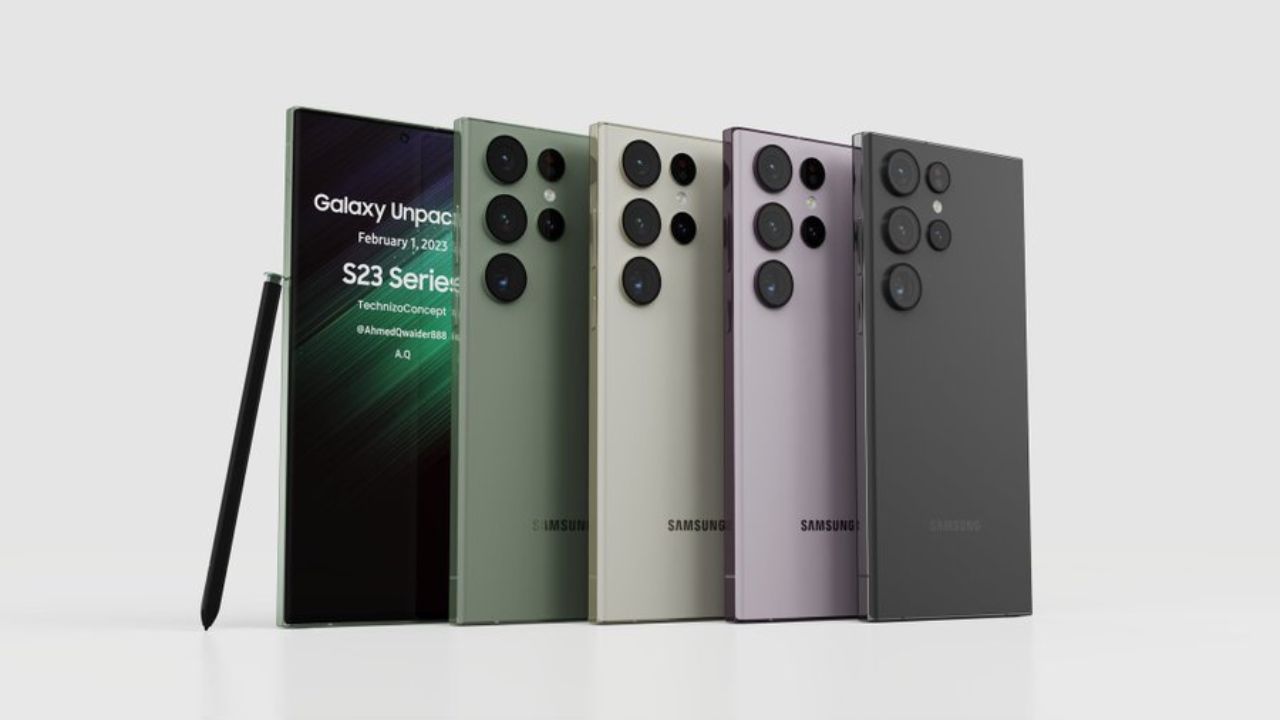 Samsung launched Galaxy Z Flip 4  and Galaxy Z Fold 4 in August 2022 and no doubt they both are the best bets when it comes to foldable smartphones. But, most people prefer to stick to the classic smartphone design. The Samsung Galaxy S22 was one of the best smartphones from 2022 and we’re so excited about what the Android giant has in store for the Galaxy S23 series. As usual, there hasn’t been any shortage of rumors and leaks for Galaxy S23. However, not every rumor you heard is reliable, so we have collected the most reputable leaks of the Galaxy S23. Here’s everything we know about the Galaxy S23 series so far.

We are not anticipating Samsung to reinvent the design with S23 completely, so the phones will most likely resemble the Galaxy S22 lineup. But there could be some incremental differences regarding the overall design and feel of all the Samsung Galaxy S23 models. A reliable leaker Ice Universe tells us that the screens for all 3 devices will be the same size as their predecessors. The base model will most likely come with a 6.1-inch screen, the more expensive Galaxy S23+ with a 6.6-inch panel, and Galaxy S23 Ultra will use a 6.8-inch QHD AMOLED screen.

So #FutureSquad… Guess who brings you the very first and very early look at the much anticipated #Samsung #GalaxyS23Plus?! (360° video + stunning 5K renders + dimensions)

The rumors also include dimensions for the phones, which are pretty similar to the previous generation. Though by and large, the S23 series is getting very slightly larger.

What colors do you prefer?

As for the colors, there are rumors about the Samsung Galaxy S23 coming in 4 different colors. Phantom Black, Green, Lavender, and Cream/ Beige.

Cameras are one of the major selling points for the Galaxy S series, and we’re seeing rumors and leaks being widely reported that Galaxy S23 Ultra will come with one of Samsung’s new 200MP sensors for its main camera. This camera might use the unreleased ISOCELL HP2 sensor. We are expecting to see an improved nighttime performance in both photo and video capture if go by the recent reports. This is even more high-resolution than the already 108MP main camera on the Galaxy S22 Ultra.

It sounds like the S23 and S23+ will keep the 10MP telephoto lens from the S22+. Tipster Ice Universe also noted a small jump in 8K recording features, as the Galaxy S23 seems destined to record in [email protected] rather than [email protected]

For the front-facing camera, the 40MP selfie lens from the Galaxy S22 Ultra might be getting replaced by a 12MP sensor with AutoFocus.

Traditionally Samsung powers the S lineup with the latest Qualcomm and Exynos chipset and for Galaxy S23 it is most likely to Snapdragon 8 Gen 2. As for the storage capacity, it might come with either 8 GB or 12GB of RAM, and 256GB, 512GB, or 1TB storage. That’s definitely a step up from the base S22 Ultra model, which had 128GB of storage. However, in some international markets, the S23 lineup can also ship with Samsung’s in-house chip Exynos 2300 rather than the Snapdragon 8 Gen 2.

Of course, all those pixels and processors are going to require a  fair bit of power. The S23 is rumored to have a battery capacity of 4500mAh or more while in S23+ and S23 Ultra will get a battery pack of 5500mAh. Currently, Samsung is in the process of releasing OneUI 5.0 (Android 13), so Galaxy S23 will ship with OneUI 5.0

Another major rumor regarding the S23 series is that Samsung could introduce satellite communication for emergency messages. Apple introduced this feature Emergency SOS via Satellite in the latest iPhone 14 series. Just like Apple, this feature will likely come into play for emergencies only.

Samsung usually drops its latest S-series in the first quarter of the year, and the case is the same with the S23. The all-new S23 will most likely launch at the Galaxy Unpacked event on Feb 1, 2023. Although this date is based on rumors and there is nothing official yet.  In 2022, Samsung again made the right choice by offering the Galaxy S22 series at the same price as the Galaxy S21 series. If Samsung carries the strategy through 2023, the prices of the S23 series will look something like this:

There’s plenty of time for more leaks and rumors to happen so expect more news on the Samsung S23 over the coming weeks.

Wi-Fi 6 Compatible Smartphones : Here’s a list of supported devices in 2022