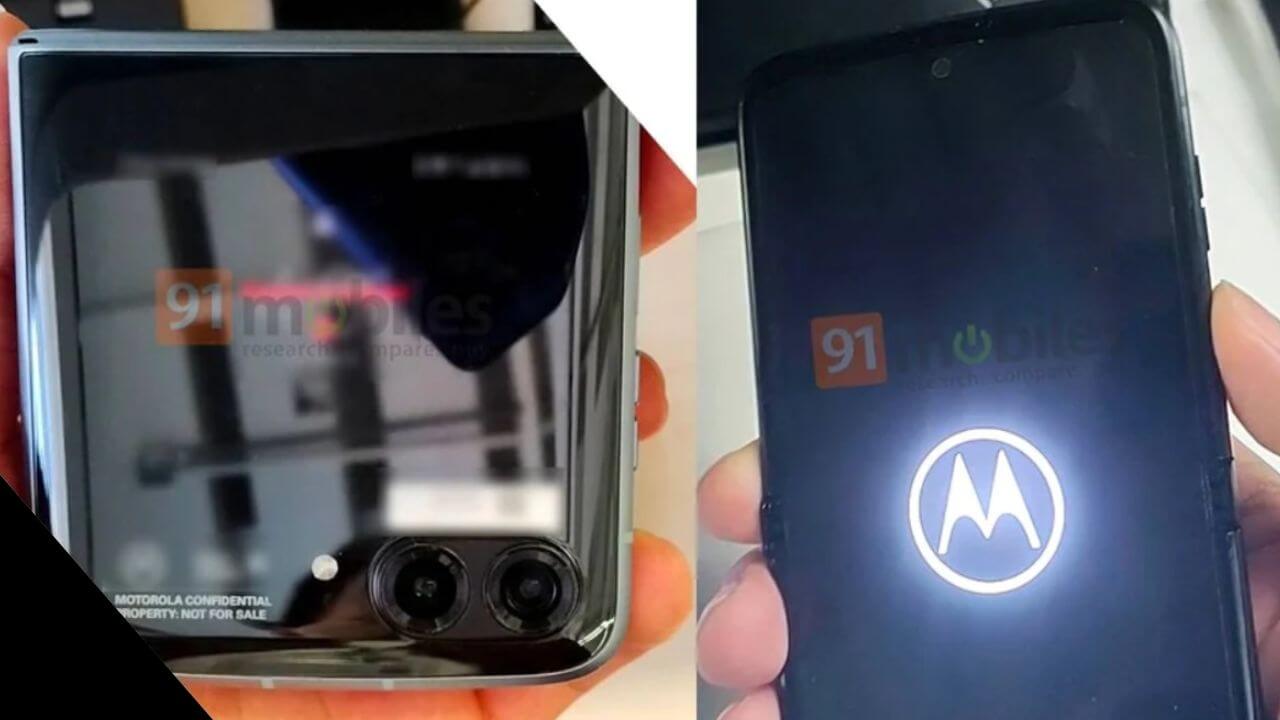 The rumoured Moto Razr 3 will come with an FHD+ folding display, and has a boxy design. Frankly speaking, the upcoming Motorola foldable smartphone resembles the shape of the Samsung Z Flip phones. It would be interesting to see whether or not Moto Razr 3 competes well with Samsung’s next upcoming flip phone, Galaxy Z Flip 4.

. It will be available in 12 GB RAM and a 512 GB internal storage option. Further, reports are claiming that there could be a “Pro” or “Plus” variant with even better specifications and features.

This foldable Motorola smartphone features two upgraded cameras – a 50MP main sensor and a 13MP sensor for macro and ultrawide shots. For the front-facing camera, Motorola has decided to go with punch-hole cutout housing a 32 MP sensor.

The Moto Razr 3 will be first available in Quartz Black and Tranquil Blue colours for users in China,  the launch could be anywhere between July or August 2022. Although there is no news for a global launch, we firmly believe it will be out for global users by the end of this year.

That’s all we have for you about the upcoming Motorola foldable, in case we come across further details about Moto Razr 3, it will be updated here. Stay tuned and share with friends who are fans of “Hello Moto.”