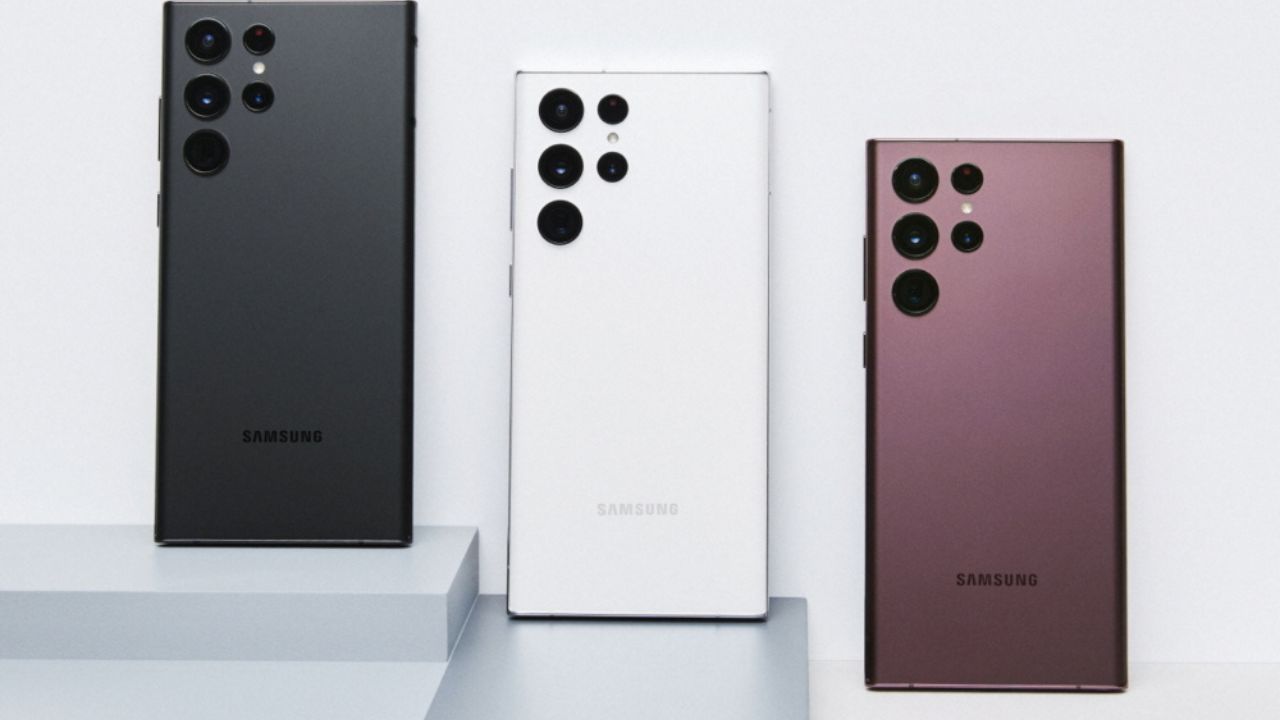 After months of wait, Samsung has finally unveiled Samsung S22 Ultra alongside Samsung S22 and S22+ at the Galaxy Unpacked event. Although the phone looms over the expensive side, it has its fair share of boastful spec bumps and features. Let’s have a detailed look at it’s specifications!

The design of the S22 Ultra appears to be largely influenced by the Note 20 Ultra. The stylus, known as the S-pen, is now more thoroughly integrated with the “Galaxy S” experience, having its own enclosure to safely store it while not in use. However, it features a new design along with a metal body which has a new camera layout bearing no camera bumps.

The S22 Ultra boasts a 6.8-inch Dynamic AMOLED 2X display with a resolution of 1440p (3080×1440). All thanks to LTPO 2, a variable refresh rate of 1Hz-120Hz. The panel has a maximum brightness of 1750 nits, supports touch sampling at up to 240Hz (in gaming mode), and is protected by Corning Gorilla Glass Victus Plus offering superior protection. The display has a punch hole cut-out in the centre. The 2022 flagship smartphone has a 40MP punch-hole selfie camera with an aperture of f/2.2. An ultrasonic fingerprint reader is present in the same spot as that on Galaxy S21 Ultra.

Additionally, Galaxy S22 Ultra’s display has been enhanced with Wacom technology (a leader in drawing tablets) to offer enhancements to S Pen capabilities, including reduced latency. It sports dual stereo speakers, a dual-SIM slot, and support for 5G, Wi-Fi 6E, along with ultra-wideband (UWB).

This time around the quad-camera setup of the Galaxy S22 Ultra is not housed in a bump. Instead cameras are housed in separate rings that pop-out individually. A 108MP main camera with an f/1.8 aperture is the highlight of the Samsung Galaxy S22 Ultra camera setup. A 12MP, 120-degree ultra wide camera with an f/2.2 aperture is also included in the quad-camera setup. Finally, two 10MP telephoto camera sensors with 3x (30x digital zoom) and 10x optical zoom are included. The S22 camera specs include 10x optical zoom and 100x digital zoom with AI Super Resolution technology, just like its predecessor. The front of the Samsung Galaxy S22 Ultra features a 40-megapixel camera sensor with an f/2.2 aperture lens. All thanks to its 2.4um pixel sensor, Samsung also touts excellent “Nightography” low light photography advancements.

The Galaxy S22 Ultra has a 5000 mAh battery capacity and supports 45W fast charging which is capable of charging upto 50% within 20 minutes. It also has a wireless charging capability of 15 watts. However, the charger must be purchased separately. Wireless powershare can also be used to wirelessly charge other compatible devices.

Samsung’s phones use both its own Exynos chipset and Qualcomm CPUs, and this year will be no exception. The Samsung Galaxy S22 Ultra is powered by the Exynos 2200 CPU, which was developed in partnership with AMD. The processor includes a new graphics processing unit (GPU), which the company believes will improve gaming and graphics performance significantly (support for Ray Tracing). Meanwhile, a variation featuring Qualcomm’s Snapdragon 8 Gen 1 CPU is expected to be released in some regions. Furthermore, the Galaxy S22 Ultra will be available in four storage options:

The S22 Ultra will run One UI 4.1 out of the box, which is based on Android 12. Samsung has confirmed that it will receive four major OS updates and five years of security fixes.

You can also pre-order Galaxy S22 Ultra from Amazon from here which will begin shipping from February 25, 2022.