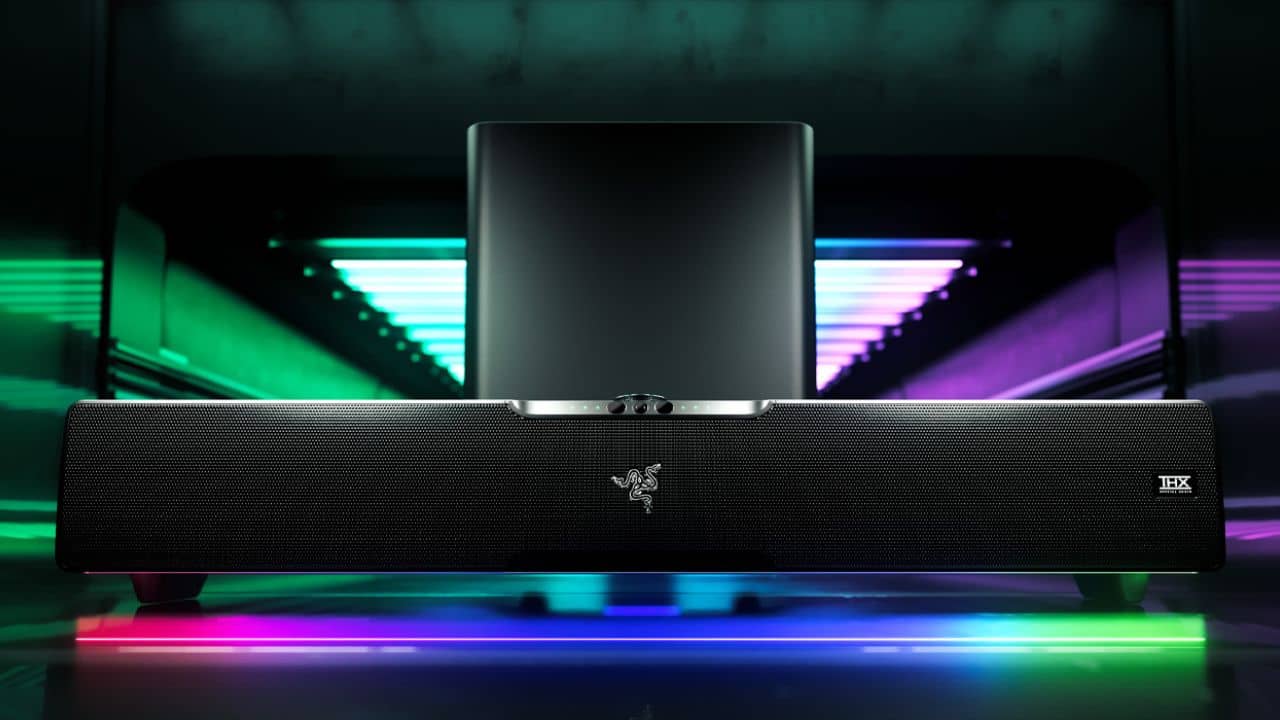 We all are aware of the popularity of gaming headsets, but there are a few names that are currently offering gaming soundbars. And, Razer is one of the most reliable among them. We have seen a few audio gadgets from the company that caters to the gaming community. Talking of audio gadgets, Razer has recently showcased some of its products at CES 2023. Aside from launching new gaming laptops, Razer unveiled its Leviathan V2 Pro beamforming PC soundbar. If you missed the news, we are here with brief coverage of the latest soundbar from Razer. Keep reading!

The Leviathan V2 Pro is designed in collaboration with THX and Audioscenic. The gaming company claims that this soundbar delivers 3D audio with head-tracking AI technology. There’s a built-in IR camera that detects the user’s position to directly beam PC audio to your ears in real-time. This beamforming PC soundbar comes with two different modes for the 3D audio feature. It has THX Spatial Audio Virtual Headset that replicates positional audio which is used to hear in premium gaming headphones. Further, there are THX Spatial Audio Virtual Speakers for multi-channel audio for immersive the home theatre experience. Did we mention that the Razer Leviathan V2 Pro includes a subwoofer for enhanced bass?

Since we are talking about the Razer product, the coverage wouldn’t end without mentioning customizable Chroma RGB lighting effects. The latest soundbars come with 30 different lighting zones, which were previously limited to only 18 on the standard Leviathan V2 soundbar.

Also read: LG debuts the SC9 and SE6 Dolby Atmos Soundbars at CES 2023: Here’s all you need to know

As far as ports are concerned, you’ll find a dedicated 3.5mm input port for the subwoofer and another 3.5mm port dedicated to headphones. You’ll also find a power adapter port and a lone USB-C port for connecting your PC. Let’s not forget that the Leviathan V2 Pro also comes with Bluetooth 5.0 for wireless connection with computers or smartphones.

That said, it was unfortunate to learn the latest beamforming soundbar from Razer lacks HDMI 2.1 input and HDMI output/ARC port.

Aside from funky lighting and exciting features, the $399.99 price is something that Razer might regret going down the line if it doesn’t hit expected sales numbers. To remind you, the Leviathan V2 Pro is relatively more expensive than the standard Leviathan V2 and Leviathan V2 X priced at $249.99 and $99.99, respectively. FYI, there are more ports on the latest model as compared to its predecessors. Did we mention that Razer also announced two other models, Razer Leviathan V2 X and Razer Leviathan V2 at the same event?

As far as availability is concerned, the Leviathan V2 Pro will be available for users from February 2023.