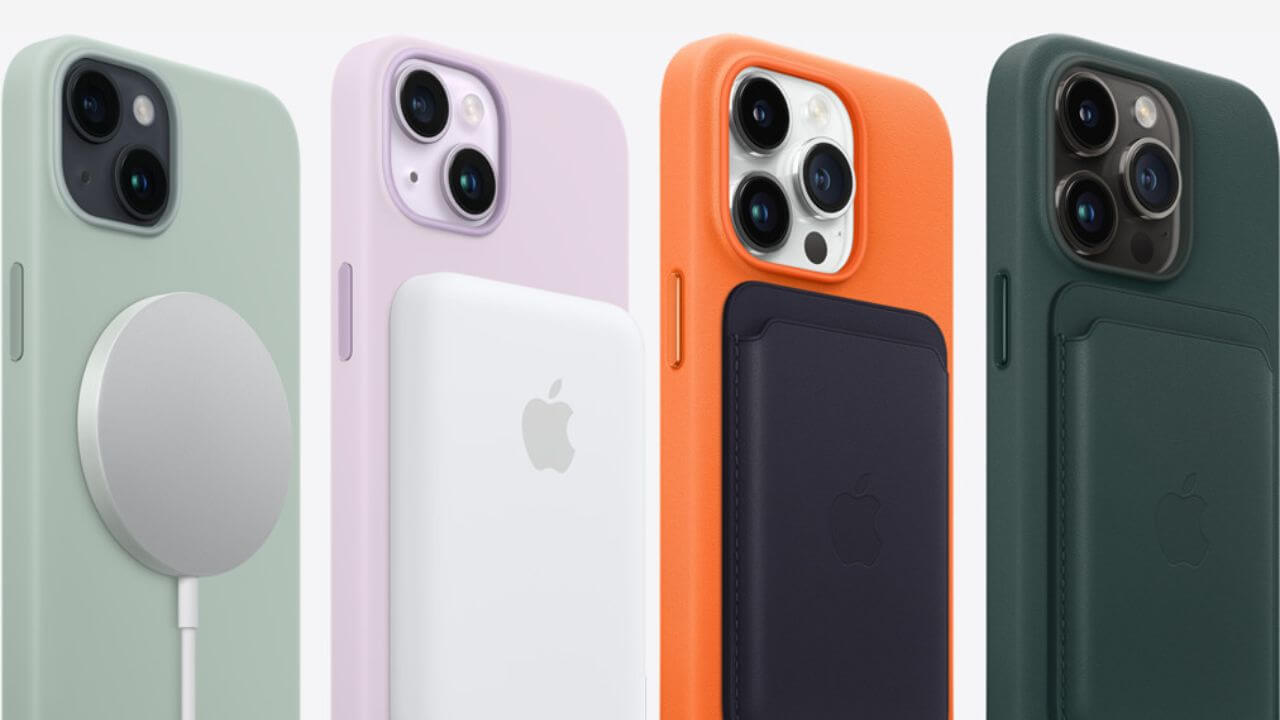 The upcoming Qi2 standard will incorporate a Magnetic Power Profile allowing the chargers to align perfectly to the devices for faster charging and improved energy efficiency. Later this year, Apple & Samsung will launch Qi2-certified products on the markets.

When it comes to flagship phones, Apple and Samsung are the most watched-out smartphone-making rivals. It’s not new that Samsung mocked Apple for not coming up with innovative designs and still endearing that years-old Lightning port. Also, Samsung teased the Cupertino tech giant for removing a power adapter from the phone box. Ironically, this later became a norm with Samsung following the road of its mockery. Well, let’s save this for some other day. This time, these two giants are coming together with something that could be a massive win for smartphone users.

Everything is exciting and nice about this standard. But, there’s one thing that’s popping up in our minds, in fact, you also must be thinking the same- Why is Apple allowing its competitors to use the MagSafe tech? See, there are two potential reasons for this. First, since the EU and India mandate USB-C chargers for smartphones, tablets, and laptops, Apple will have to give up on its Lighting accessories. With its new lineup of Qi2 wireless chargers, Apple has a chance to dominate the upcoming magnetic accessory ecosystem. Second, Apple might have agreed to give up on its monopoly to accelerate the magnetic technology and reap its long-term benefits.

Well, whatever the reason, it’s good to see Apple pushing its walled-garden boundaries and coming up with something that could actually benefit the masses and not just iPhone users.

WPC spokesperson Paul Golden told The Verge that the Qi2 charging standard will make the chargers and smartphones interoperable. Currently, a MagSafe-compatible charger won’t work with Samsung, Pixel, OnePlus, or any other smartphone. Same way, you’ll find some chargers that aren’t compatible with iPhones or charge them at a very low speed. The next-gen wireless charging standard would smooth out these things. Next, Qi wireless charging is limited to half-speed on MagSafe chargers. With the new Qi2 standard, WPC intends to allow iPhones to charge at their full speeds when paired with a compatible charger.

Down the road, Qi2 charging standard might open up the possibility of charging devices like smartwatches that don’t have flat charging coils. In simpler terms, Qi2 might pave the way for new accessories and we might see one charging pad that can re-energize our smartphones, smartwatches, and wireless earbuds.

Since the Qi2 standard will be completed by the middle of 2023, the new smartphones launched after that timeline should embrace this latest spec.

It’s worth mentioning that the Qi2 spec doesn’t have the exact same pattern of magnets as MagSafe. Therefore, the existing magnetic iPhones like the iPhone 14, 13, and 12 series might not seamlessly gel up with the new standard. If magnets don’t line up well, the phones might not work at all with the new Qi2 chargers. So, is Apple gonna abandon its existing MagSafe products or will it come up with a workaround to use them? Right now, nothing seems to be clear.

Since Apple is a key member of WPC and is essentially contributing to the new Qi2 wireless charging standard, we might expect a smooth onboarding of the new tech. It would be really odd and shameful if Apple develops things that would do even worse to its existing devices. Also, a major concern rises over older Android devices. How will they embrace the Qi2 technology? Will they need a MagSafe adapter or something else?

Another limitation is the charging speed. It might come as a shock to most people. Ideally, the tighter magnetic coupling should give us faster charging speeds than the current wireless chargers. Sadly, the new Qi2 wireless charging pads will be initially limited to a 15W speed- the same that’s currently offered by a fully compatible MagSafe charger. While it’s not less than what is offered by current wireless chargers, the number still remains questionable. Paul Golden told The Verge that WPC is working on a higher power level for future Qi2 chargers. However, there’s no timeline for when it would hit the market.

Lastly, the new wireless charging specification requires authentication for every Qi2 transmitter. Now, this might lead us to an entirely new world where Apple, Samsung, and other makers would tell their devices to deny charging from non-verified products. If it happens, we might end up having a very closely-knit or restricted marketplace of magnets and wireless chargers.

Conclusion- good, better, or nothing?

Despite some potential shortcomings, the Qi2 wireless charging standard might become the Next BIG Thing for everyone. We may finally get to see wireless magnetic charging pads that work for iPhone and Android phones. Later down the line, these next-gen wireless chargers might even work with smartwatches, iPads, Android tablets, and other gadgets. Moreover, who knows Apple might steal an opportunity to develop the long-awaited and much-buzzed portless iPhones.

The Qi2 wireless charging standard is expected to be ready by the middle of 2023, with compatible products hitting the markets during the Holiday season. We just can’t wait to see how Apple and Samsung will play around with this latest tech, and who will manage to impress & seize a wide consumer base.