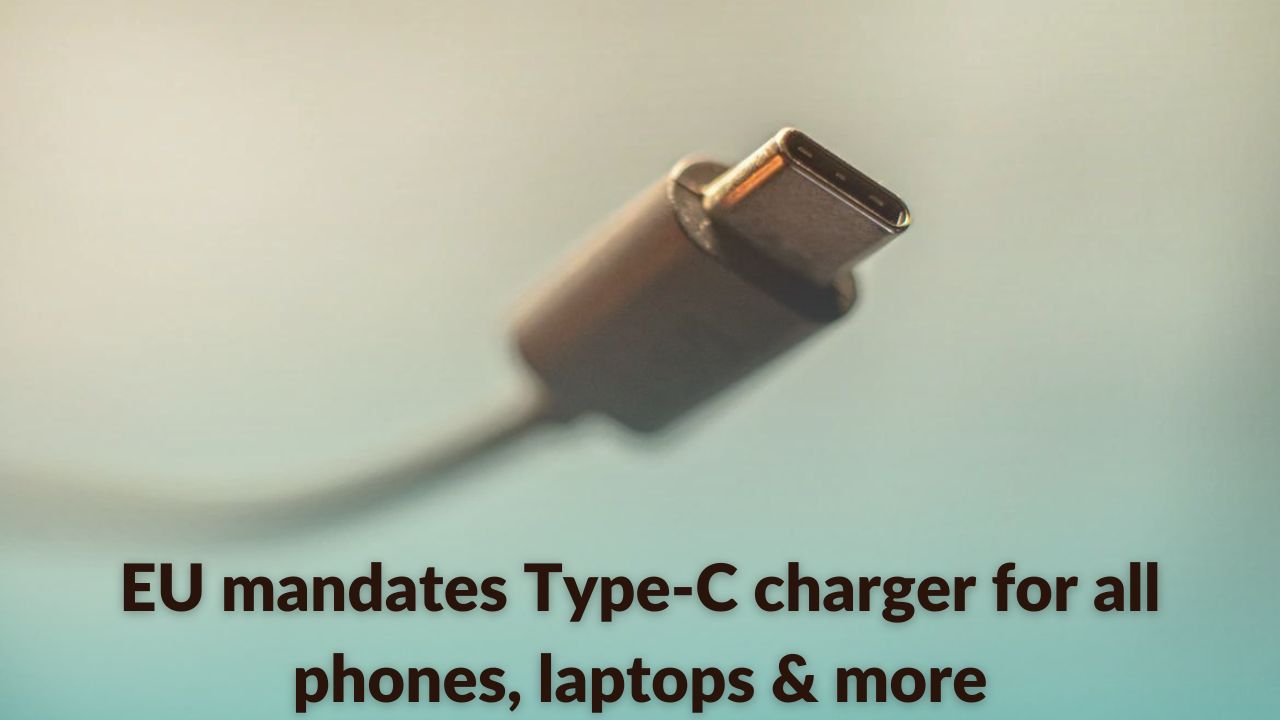 Lawmakers in the EU finalized a provisional agreement to make USB Type-C chargers common for small and medium-sized electronic devices. Some 15 different categories of electronics include smartphones, laptops, tablets, headphones, digital cameras, and other electronics.

Although, laptop makers have to comply with the rule 40 months (3.3 years) after it becomes effective. The legislation still needs approval by the EU Council and EU Parliament at the end of this year which is more of a formality.

that this step could save users 250 million euros per year because of “unnecessary charger purchases” and will eventually cut down 11,000 tonnes of yearly e-waste. EU further states that this commission will facilitate innovation “As wireless charging technology becomes more prevalent, the European Commission will be empowered to develop so-called delegated acts, on the interoperability of charging solution”.

Also read: Anker’s new 120W USB-C charger can charge a MacBook Pro, a Dell XPS, an iPhone, and an iPad. All at once.

Apple sold 241 million iPhones globally of which 56 million were sold in Europe last year. As a consequence, this agreement will have the biggest blow to Apple because that is the only prominent company that still uses a Lightning (proprietary) port on iPhones and some devices.

As we already know Apple stopped including chargers in the box claiming that it will reduce waste. As a result, most users, have to buy a new iPhone charger separately which further contributes to carbon emissions. Reports suggest Apple is already working on iPhones with a USB-C port. Although, Apple could also get away from this as this rule does not apply to the devices that can be charged wirelessly. With better MagSafe accessories in the future, Apple could finally make a portless iPhone that charges and transfers data wirelessly only.

There are some exemptions to this charging rule for devices that are too small like smart watches, health trackers, etc. The new rules also mentioned the clear labeling on devices about the supported charging options, as well as if the package contains a charger or not.

Thanks to the EU, users can finally use only one cable and charger to charge all their devices. Hopefully, we should see more and more laptops shift to USB-C fast charging from barrel pins in the future.

From Pixel 7 to MacBooks – Here’s Everything Launching This Techtober