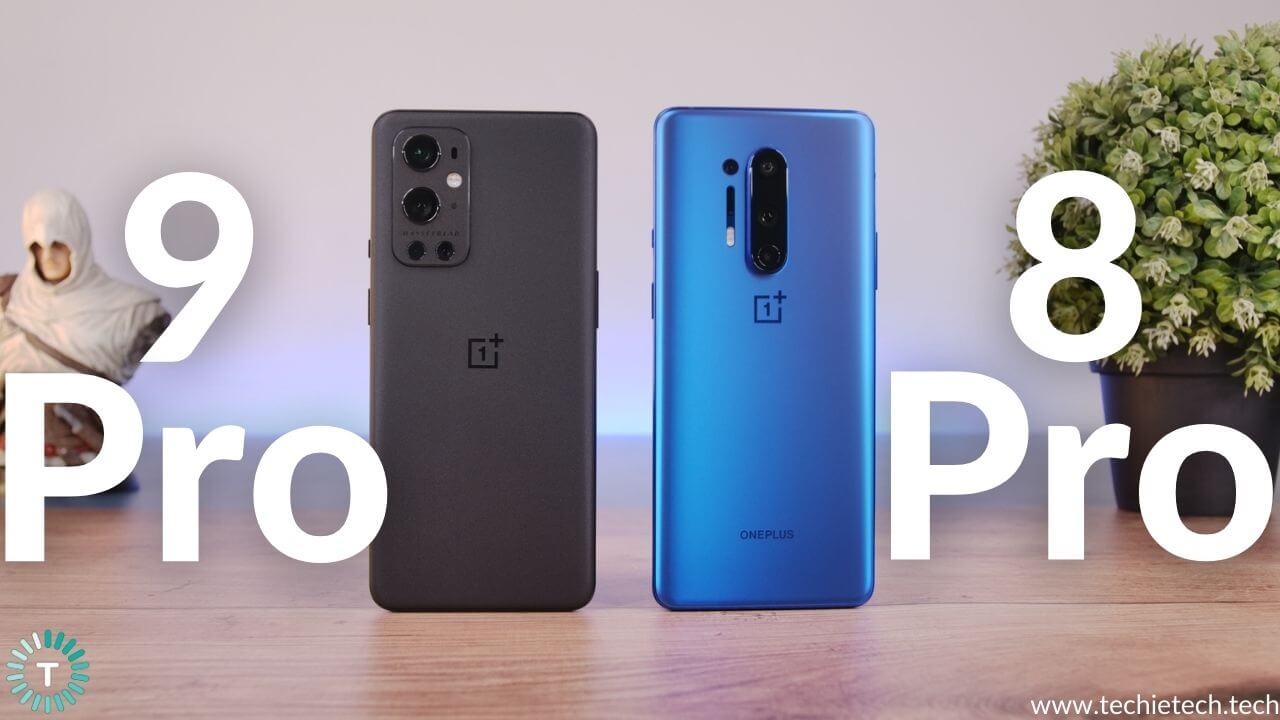 OnePlus phones are insanely popular and for good reason. The recently released OnePlus 9 Pro packs cutting edge hardware and software but also comes with the heaviest price tag OnePlus has ever put out. This might make some wonder, just how much has the OnePlus 9 Pro improved from its predecessor, the OnePlus 8 Pro. 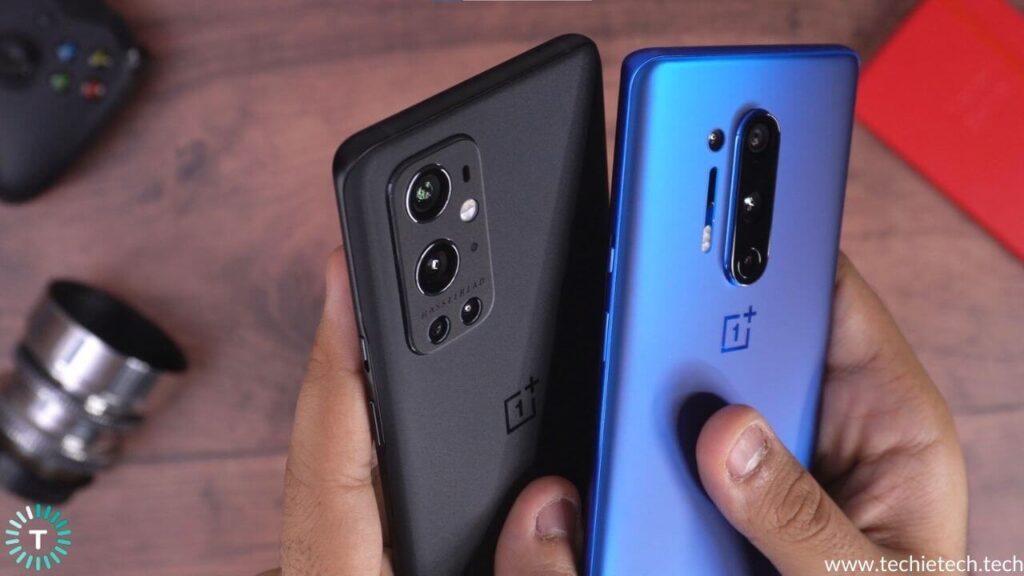 Right off the bat, we have a big array of differences when we talk about the Build Quality and Design. Gone is the central camera signature OnePlus design that was found on the 8 Pro and it is replaced by a more generic, more Samsung like design with the camera module to the top left. In terms of design and looks alone, I think the OnePlus 8 Pro is definitely the phone that will stand out more. Hide the OnePlus logo with a case and many people will mistake the 9 Pro for a Samsung smartphone.

But going beyond looks and talking about the build, both phones pack Gorilla Glass 5 front and backs with an aluminium frame in the middle. Despite the same materials, the in-hand feel is very, very different. The OnePlus 9 Pro is ever so slightly smaller and lighter than the OnePlus 8 Pro but it is definitely easier to hold because of the curve of the glass panels. Let me explain. See, the glass on the OnePlus 8 Pro is curved very aggressively, which means it is not easy to get a good grip on it. It just feels very slippery and personally, very uncomfortable without a case. The OnePlus 9 Pro has gone easy on the glass curve and I truly believe that it has made a significant difference in usability. It is easier to grip without a case and does not feel like it is waiting to slip out. 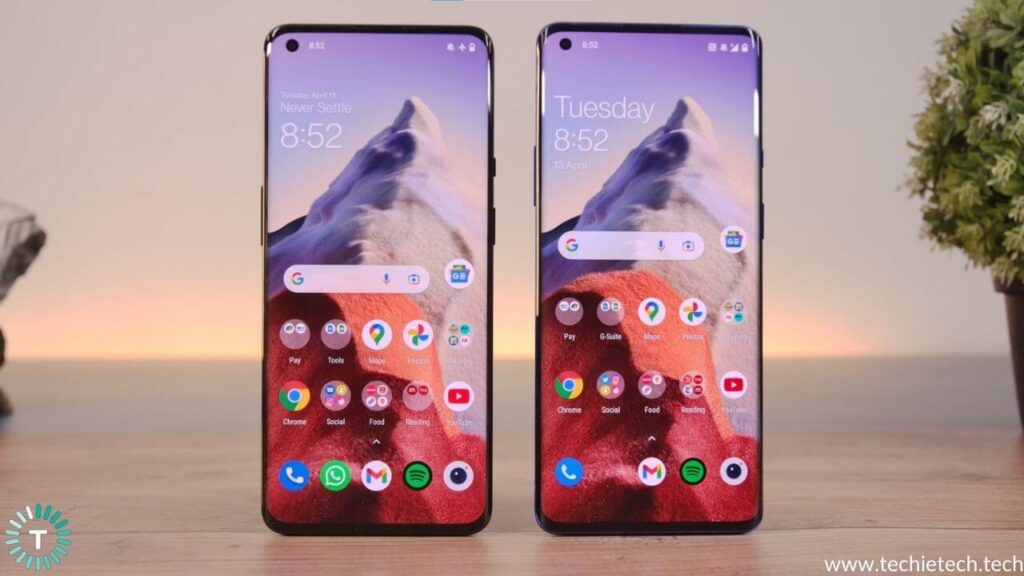 Moving on, let’s talk about the displays. Spec wise, both the displays are almost identical with the same resolution, the same 120 Hz refresh rate and even the same 6.7” size. But there are 2 big usability factors in the OnePlus 9 Pro’s favour. First is that the OnePlus 8 Pro had a widespread display issue problem where users reported a number of issues from black crush to smearing to green tint. I have it on my OnePlus 8 Pro and while it does not make the phone unusable, it does leave a bad taste. I tested the OnePlus 9 Pro extensively for the same defects, even made a video about it, and it had no such issues, which was a relief.
The second factor is the curves on the display. The display on the 8 Pro is curved a lot more aggressively as I said before and it is a major headache leading to many accidental touches and lots of unwanted glare.

One area where the OnePlus 9 Pro does not provide a substantially better experience is the performance. I’ve said it before and I’ll say it again, flagship smartphone CPUs have gotten so good that it is getting really hard to notice any differences, even for intense users. Yes, the newer Snapdragon 888 might have better benchmark numbers than the Snapdragon 865 on the 8 Pro but I was not able to observe any usability differences even in intense scenarios like gaming.

On the contrary, I observed that the OnePlus 9 Pro got warmer a lot sooner than the OnePlus 8 Pro, even for regular, non-intensive stuff. This overheating has been reported by many users and I hope that OnePlus fixes it in a future software update. But until then, as of today, the OnePlus 8 Pro and 9 Pro are virtually identical performance-wise.

Of course, this might change 2-3 years down the line as the older OnePlus 8 Pro will show its age sooner but if you’re going to change your phone within the next 2-3 years anyway, I think you can go with either the 8 Pro or the 9 Pro. 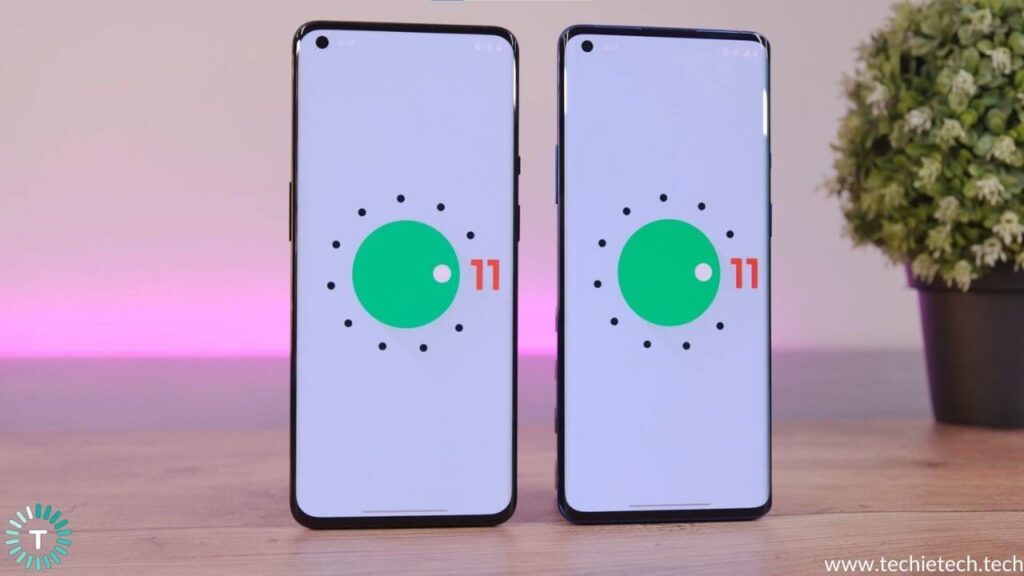 Let’s also talk a bit about software updates, an area where OnePlus has been performing really poorly in the past few months. To give you a bit of a recap, OnePlus has this track record of good software support until the particular model is the latest but as soon as the newer flagship comes out, the older model’s software updates get delayed by a lot. It happened with the OnePlus 8 Pro, where it got the Android 11 Update in October while the year older OnePlus 7 Pro got it 6 months later in March. Going by this pattern, the OnePlus 8 Pro will definitely not get the software updates at the same time as the newer 9 Pro so keep that in mind when you make your decision. 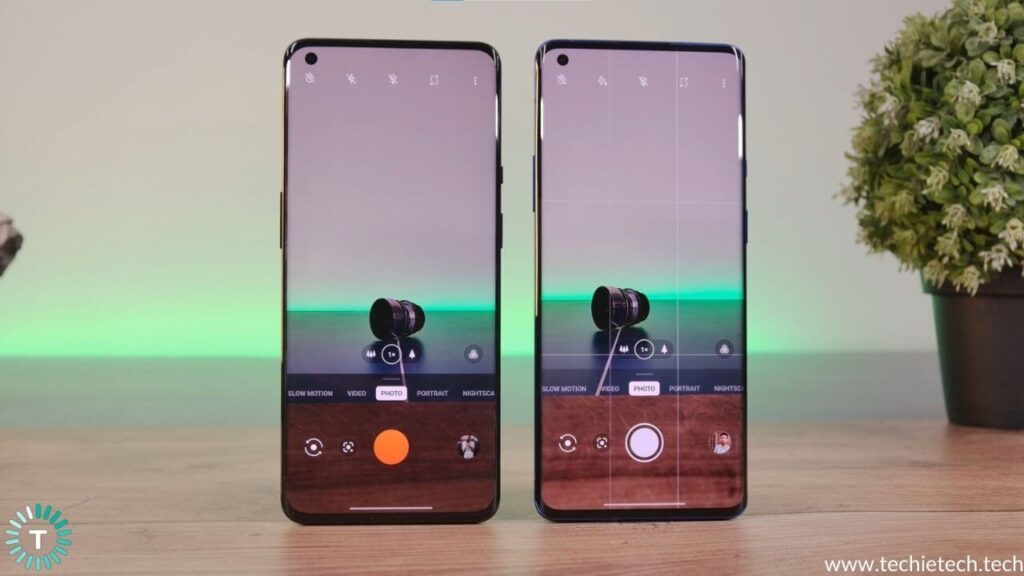 To sum this up, both the OnePlus 8 Pro and 9 Pro have excellent hardware with the latter sporting a better camera hardware, software and color science. But, this does not mean the OnePlus 8 Pro is bad. It still takes sharp pictures with excellent noise processing. Infact, if you’re already on the OP 8 series I do not recommend upgrading to the 9 series just for the “Hasselblad” camera.

On the flip side, if you’re looking for a performance packed flagship smartphone which takes good pictures, the OnePlus 9 Pro will be more your speed. After all, it is the best camera ever put on a OnePlus phone. 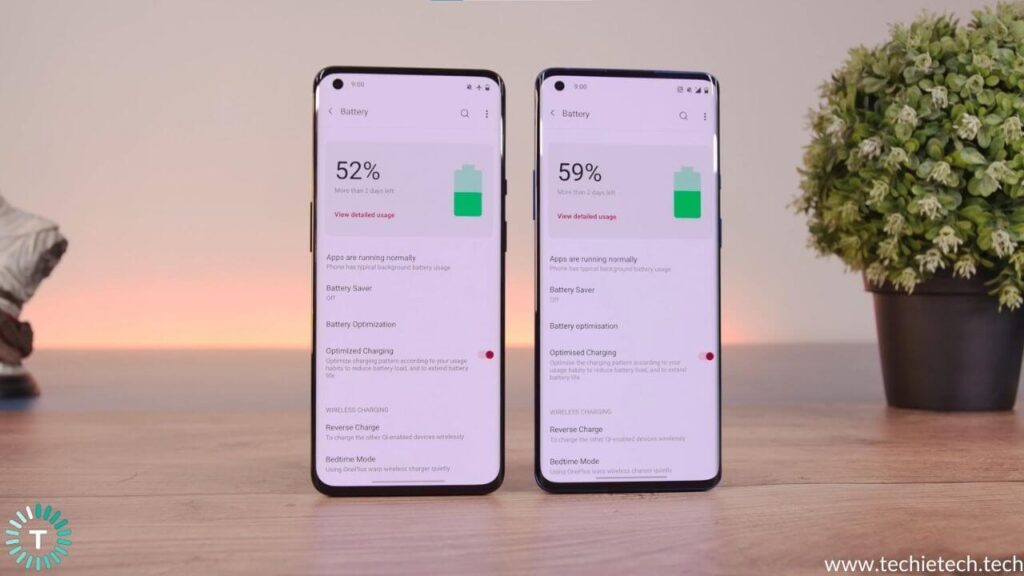 Talking about the battery life, the OnePlus 8 Pro is surprisingly better here. Surprisingly for me because the OnePlus 8 Pro I am using here is my personal phone that I use everyday which means that its battery pack is a bit worn down compared to the fresh battery pack on this new OnePlus 9 Pro. And yet, with the 8 Pro I can manage to get 5.5 to 6 hours of Screen On Time which is much better than the 4 to 4.5 hours of Screen On Time I’m getting with the OnePlus 9 Pro. Again, this would be very possibly fixed in a future software update, but before that happens, the OnePlus 8 Pro is simply better when it comes to endurance.

Okay, time for some random highlights before we conclude. The fingerprint sensor is the same on both phones, which means it is reliable and fast. The stereo speakers sound slightly better on the 9 Pro though the difference is not very significant. Even the calling experience is very similar on both phones with good clarity in the earpiece and great signal holding capacity.

Now, for the conclusion. See, the OnePlus 9 Pro and the OnePlus 8 Pro are very similar phones. So much so that if you are a OnePlus 8 Pro user or even a 7 Pro user, it doesn’t make sense to upgrade to the 9 Pro. However, if you’re in the market and confused between these two phones, get the OnePlus 9 Pro. Even though the differences are not major, you get a lot of neat add-ons like faster software updates, better long-term performance and better cameras. Tiny things that make a big difference.