iPhone 14 and 14 Plus launched: Here’s all you need to know 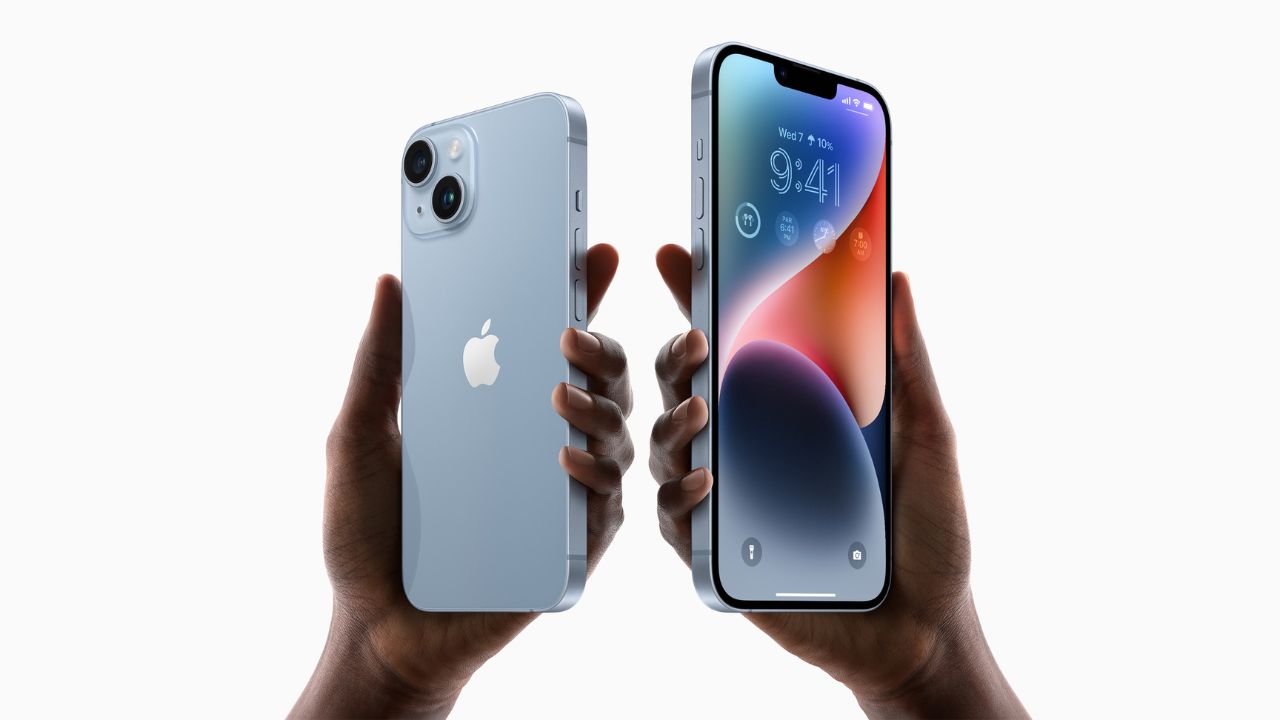 The wait is finally over. After a lot of rumors and leaks, Apple officially unveiled the iPhone 14 series at the Far Out event today. The Cupertino giant released 4 variants of their latest smartphone series- the iPhone 14, iPhone 14 Pro, iPhone 14 Pro Max, and iPhone 14 Plus. Along with the new phones, we get a bunch of different accessories like Apple Watch Series 8, Apple Watch SE 2, Apple Watch Ultra, and AirPods Pro 2. The Mini model is not included in this year’s lineup because of the dull sales of the iPhone Mini series in the last couple of years. Instead, we get the brand new iPhone 14 Plus where you get a bigger screen size without paying for a Pro Max model. So without further ado let’s jump right into what iPhone 14 and iPhone 14 Plus have to offer.

The overall design and look of the iPhone 14 are the same as iPhone 13, with flat aluminum sides, dual rear cameras, MagSafe Wireless charging, and a lightning port. The color options are different this year, with an all-new purple and slight hue changes in the classic colors i.e. Starlight, Midnight, Blue, and Product RED.

For the cameras in iPhone 14 and 14 Plus you’ll get a 12MP main camera just like its predecessors, but with bigger pixels and a faster aperture. Apple claims this will significantly help in low light settings with over 49% improvement and the Night Mode is twice as fast now. The ultra-wide and front cameras are both 12MP, and the front camera got a serious upgrade with autofocus for better and sharper selfies. On the software side, you’ll also get to see the “Photonic Engine” which improves low-light shots, better color-rendering, and image processing. The “Action Mode” is a boon to travel vloggers and dancers as it is a stabilization mode that uses a whole new sensor for better steadiness while shooting videos, thus minimizing the requirement of equipment like a gimble.

Apple claimed “all-day” battery life for the iPhone 14. For the charging, Apple has still used the 20W wired and 15W wireless MagSafe charging speeds from the iPhone 12 and 13. Because of this, you can easily use your iPhone 12 or iPhone 13 charging accessories with your iPhone 14 as well. We already know everything about iOS 16 and iPhone 14 enjoys all of its features, including the new lock screen changes to Mail and Messages, and more. Another big upgrade in connectivity is there are no physical sim trays in the US market versions of the iPhone 14 and iPhone 14 Plus, so eSim is the only way to ensure you have a carrier plan.

For the storage, we get the same options as before- the default storage is 128GB, but you can pay more for 256GB and 512GB variants.

Crash detection- The Crash detection feature which we have seen on Apple Watch Series 8 is also available on the iPhone 14. This feature can send out messages to emergency services and emergency contacts if it detects any car crashes.

Emergency SOS via Satellite- This is a never before seen feature that will allow you to send messages via satellite connectivity in times when there is no network nearby. Apple says it can take less than 15 seconds to send emergency messages to satellite frequencies with a clear view of the sky and the interface allows users to point in the right direction as well. Along with it, this feature is free for all users for 2 years. However, it is going to be available only in the United States and Canada at launch.

Also read: Best Fast Chargers for iPhone 14 and 14 Plus