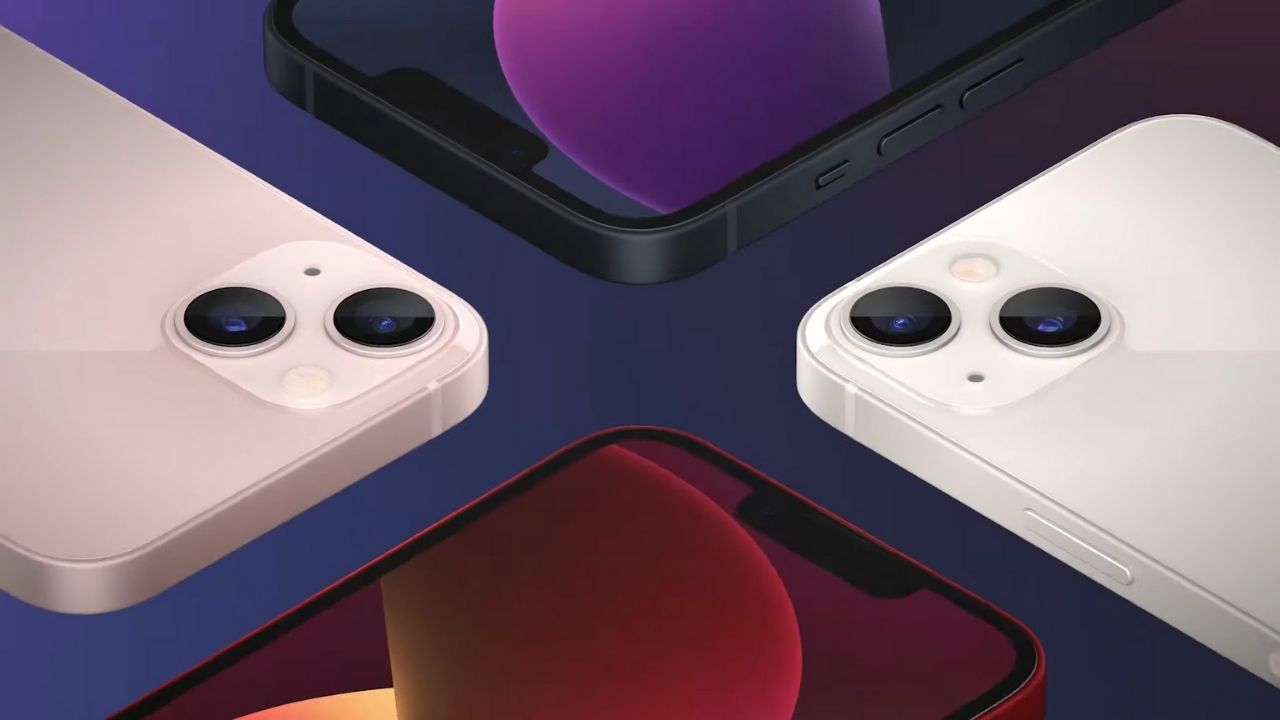 The wait is over. Apple has finally unveiled its highly anticipated iPhone 13 series which comes with greater capabilities and industry-leading performance. Like iPhone 12, the iPhone 13 comes in two sizes: a 5.4-inch “mini” model and a 6.1-inch “regular” model. Apple also announced the iPhone 13 Pro and iPhone 13 Pro Max at the California Streaming event.

The TrueDepth camera system on the front has been redesigned to provide more display areas where everything, including Face ID, fits into a space that’s 20% smaller. Both iPhone 13 and iPhone 13 mini feature a more advanced Super Retina XDR Display which is 28% brighter. The peak brightness is also higher with 1200 nits and pixel precision brightness is also extended thanks to the increased power efficiency. The display also supports Dolby Vision, HDR10, and HLG.

Also read: iPad Mini Launched with an all new design and chip. Here’s all you need to know

The new iPhone 13 series will be powered by Apple’s A15 Bionic chip, which is faster than its predecessor- the A14 Bionic chip. Powered with a 6-core CPU which consists of two new high-performance and four new high-efficiency cores that enable eye-catching visuals, Apple has termed it as the ‘fastest CPU in any smartphone.’

It also features 15 billion transistors which can keep up with demanding workloads and provides graphics that are up to 30% quicker with 15.8 trillion operations per second on a new 16-core Neural Engine. Machine learning tasks have also become easier and faster

The iPhone 13 series boasts of a 12-megapixel wide sensor that has an f/1.6 aperture, while the 12-megapixel ultrawide camera has a faster f/2.4 aperture and a 120-degree field of view with 100% focus pixels. The new Ultra-Wide camera will also reveal more dark areas with less noise. The camera also supports sensor-shift optical image stabilization which captures 50% more light.

The new iPhone 13 series features a brand new Cinematic Mode which will intelligently adjust focus when people enter the frame or look away from the camera while filming in real-time. For more exact control, you’ll be able to manually alter focus or lock focus on a specific object. The cinematic mode will also be supported by the front-facing camera. Each frame is graded in Dolby Vision live while you are recording!

In comparison to the iPhone 12, Apple promises increased 5G performance, as well as more band support for better international 5G experiences. By the end of the year, Apple says that the iPhone 13 series will be supported by 200 carriers in over 60 nations and regions. We also saw some rumors about satellite communication features, but we will most likely see it next year in iPhone 14.

The iPhone 13 mini starts at $699 and the iPhone 13 starting price is at $799 in the US. The starting variants of both the phones now come with 128GB storage instead of 64GB. Leather, silicone, and clear cases in new colors are also available for the iPhone 13 series.