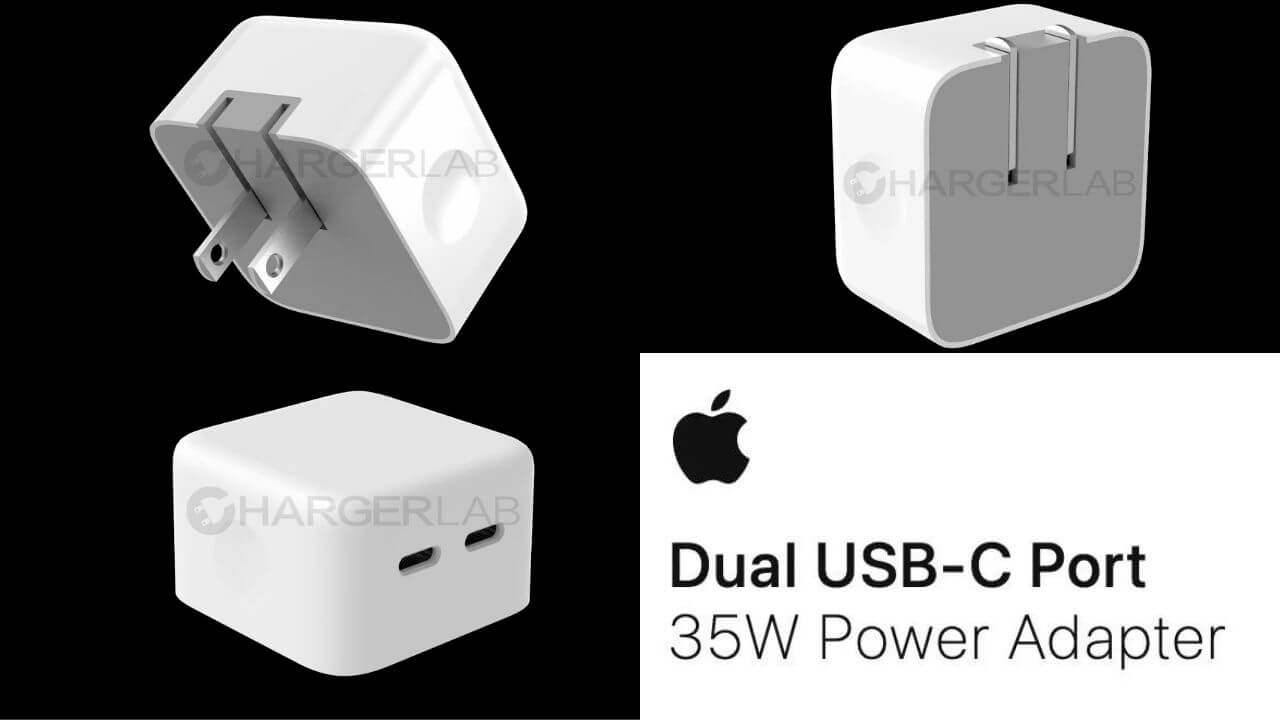 If you are planning to get a fast charger for your iPhone or iPad specifically the 30W brick that costs you $50, we request you to put a hold on your buying decision. That’s because there is firm evidence that Apple is coming up with a 35W dual USB-C charger powered with GaN technology, which means it will have a compact form factor. Apparently, Apple accidentally posted a support document on their website mentioning “Apple 35W Dual USB-C Port Power Adapter.” Before posting the news, 9to5Mac managed to snap a screenshot before it was pulled down by the company.

Here’s how the Apple’s upcoming dual USB-C charger would look like:

#Apple is planning to release its first 35W dual USB-C charger.#ChargerLAB got the leaked pics of it. It adopts foldable prongs, and unlike other chargers, two USB-C ports are side by side.

Here’s a brief description of what was mentioned in the supported document leaked on the Apple website:

Also, the images on the document suggest that the charger will have a compact design with side-by-side USB-C ports, foldable prongs, and circular indents which can offer a handy grip to pull the plug from the power source. The 35W would be suitable for charging a wide range of Apple devices, such as iPhones, iPads, MacBook Air, and the HomePod mini.

Do you think the new dual-USB-C charger can come in handy for you? If so, let us know in the comment section below.