This Thunderbolt Dock has dual NVME SSD slots: Here’s all you need to know 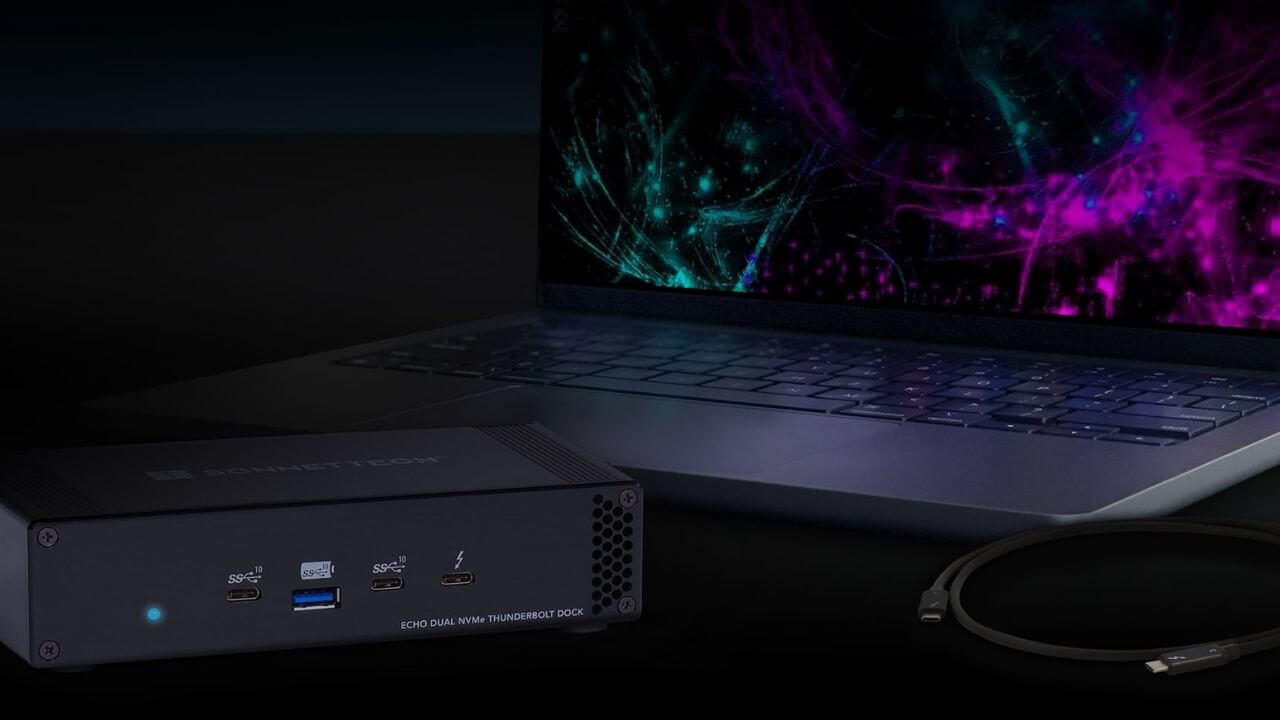 Sonnet Technologies, a US-based tech company specializing in Thunderbolt & PCIe accessories, unveiled the latest Thunderbolt Echo dock that goes by the name Echo Dual NVMe Thunderbolt Dock. It is one of the premium offerings from the company that comes with several ports and amazing features that we have discussed further down below.

With the Sonnet Dock, users can connect up to 10 additional devices including a monitor. You can also install two NVMEs SSDs of up to 16 TB, and seamlessly connect all of them via one computer port.

Thanks to the combination of one 40Gb/s Thunderbolt peripheral port and four 10Gb/s USB ports, the Echo Dock supports a wide range of computing peripherals that are offered with maximum performance. Talking about the separate SSDs installed in the Sonnet Echo Dock, you will get a data transfer rate of up to 1500MB/s. What’s more? The Thunderbolt Echo Dock supports up to five additional Thunderbolt 3 devices, as well as one 4K or 5K monitor, and even Apple’s Pro XDR Display.

As far as charging is concerned, you can use the USB 3.2 Gen 2 ports to charge compatible devices at a maximum speed of 7.5 watts, while you can access the SSDs at a full speed. Further, the Sonnet Echo Thunderbolt Dock features active cooling and a design that offers better air circulation to beat the heat that is generated when multiple devices are connected at once. Did we mention that the Sonnet Echo Dock includes a Thunderbolt cable that supports Thunderbolt’s full 40 Gbps bandwidth? And, it is compatible with Thunderbolt 4 and Thunderbolt 3 computers.

If you know someone who works around multiple devices at one go, make sure to update them to look out for this docking station. Also, make sure to follow us on Twitter for interesting tech news and how-to guides.

Microsoft Surface Duo 2 Launched: Here’s all you need to know