All you need to know about OnePlus 8 series 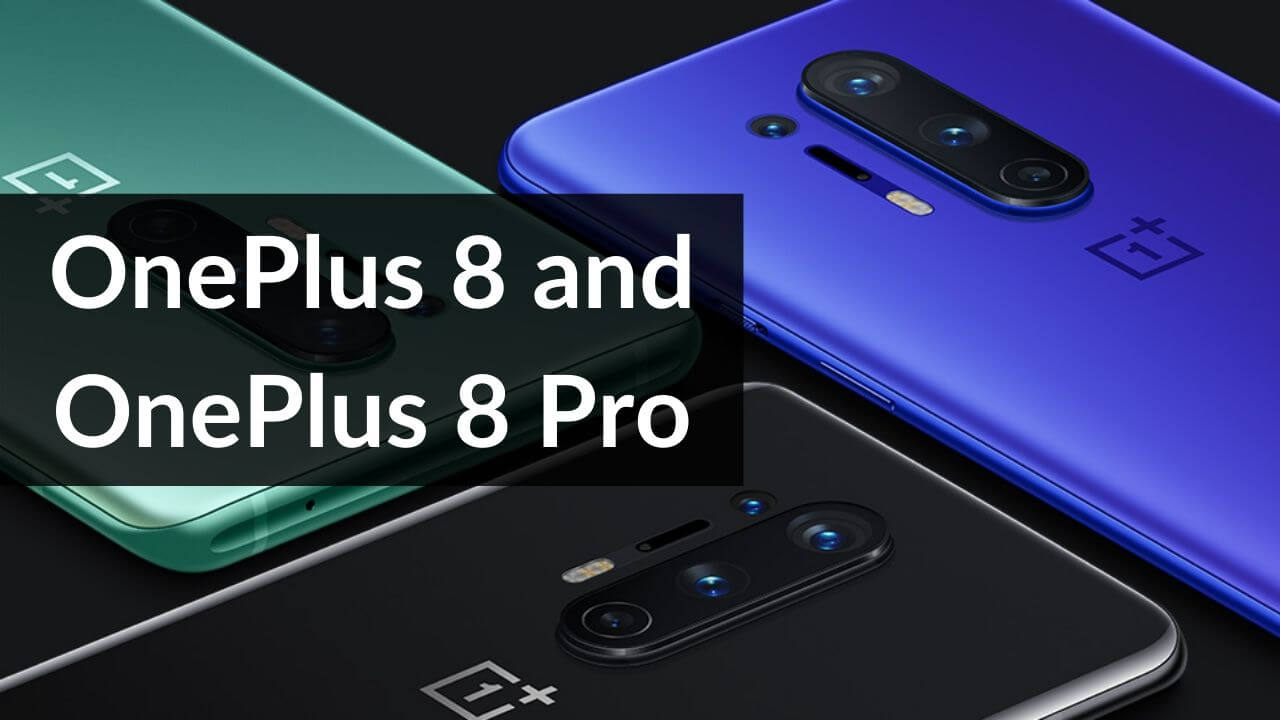 OnePlus has finally unveiled its next-generation flagships for the year, at a global online-only event held on April 14, 2020, due to the COVID-19 pandemic. The launch event was live-streamed exclusively on OnePlus official website and their YouTube channel. The Chinese phone maker has introduced 2 models in its OnePlus 8 series lineup- the budget flagship OnePlus 8 and the truly premium flagship killer OnePlus 8 Pro. Both the smartphones have been crafted with the future-proof specifications- the support for 5G networks and Wi-Fi 6 technology.

OnePlus 8 and OnePlus 8 Pro have definitely made it to the list of the top contenders for the powerful and best Android smartphones available today. 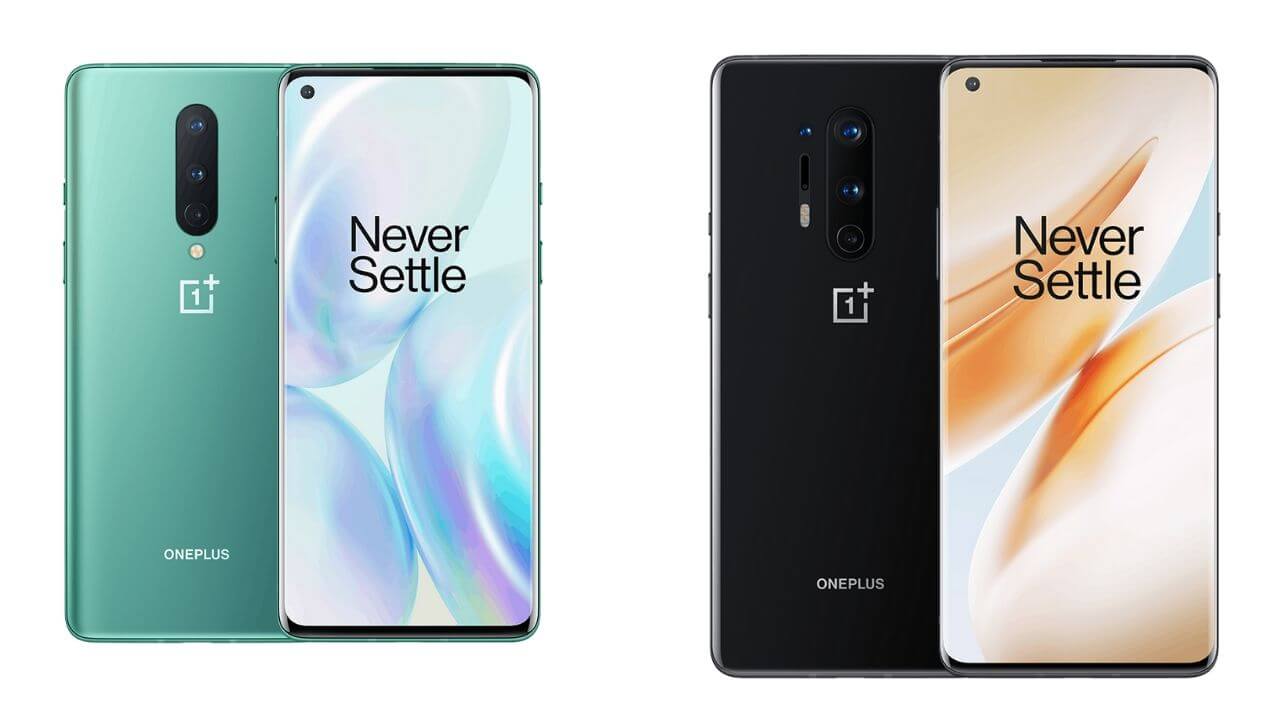 OnePlus 8 and OnePlus 8 Pro have a refined design like many other true flagships. The smartphones are designed with a glass back and a metal frame, with curved edges on the front, as well as back, adding the look and feel of a premium smartphone. The OnePlus 8 and 8 Pro weigh around 180 and 199 grams respectively.

The OnePlus 8 is water-resistant and the Pro model, on the other hand, has an IP68 water and dust resistance rating, which means the smartphone can withstand submersion in up to 1 meter of water for 30 minutes. This makes OnePlus 8 Pro the first smartphone to be supplied with an IP68 rating by the company. 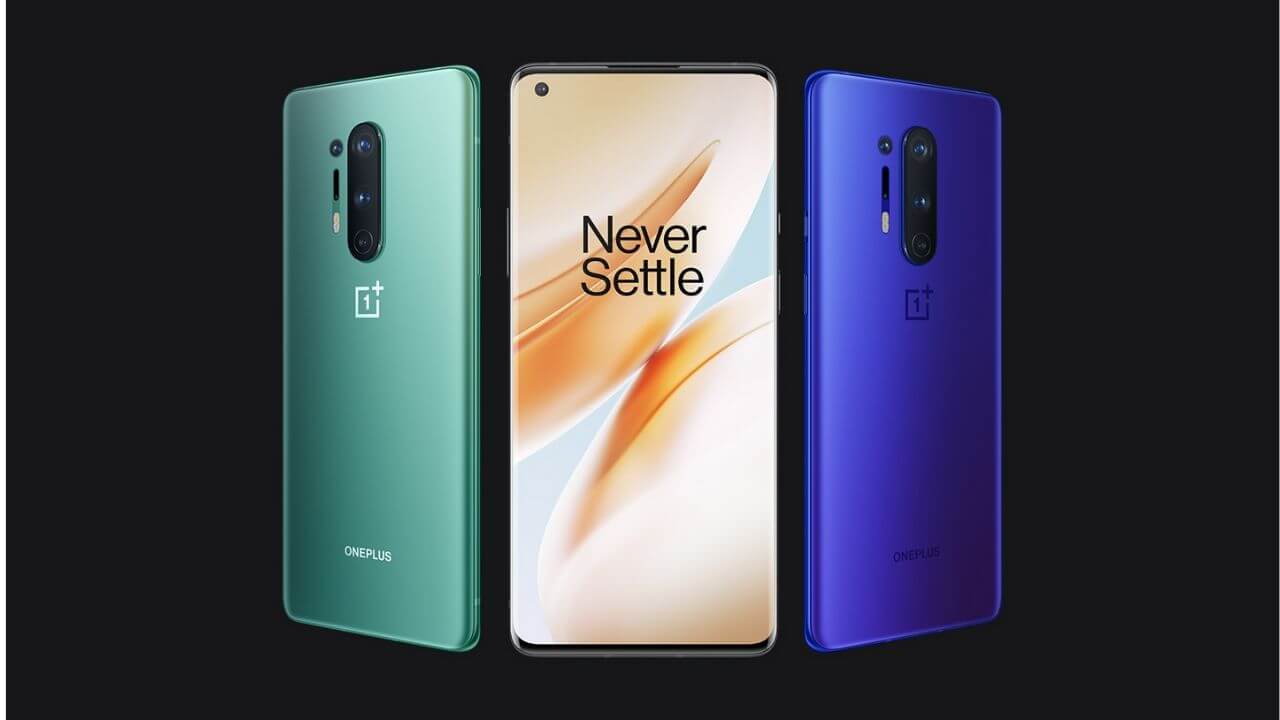 OnePlus 8 offers a 6.55-inch stunning screen with an FHD+ Fluid AMOLED display, an aspect ratio of 20:9, and HDR 10+ support. On the other hand, The Pro variant boasts a bigger and impressive 6.78-inch QHD+ Super Fluid, AMOLED display, with a tall 19:8:9 aspect ratio, HDR 10+ support, and 513ppi pixel density. The company has claimed that the Fluid display is the best screen you’ll witness in 2020. Both smartphones feature a single-lens punch hole camera on the top-left corner and have an in-display fingerprint scanner.

OnePlus has a refresh rate of 90Hz, which is better than the standard 60Hz offered by most smartphones. Interestingly,  OnePlus 8 Pro has ticked all the checkboxes, when it comes to a stunning and impressive display. The Pro variant has a 120Hz refresh rate to offer smoother transitions and better scrolling of apps to add more value to its premium experience. 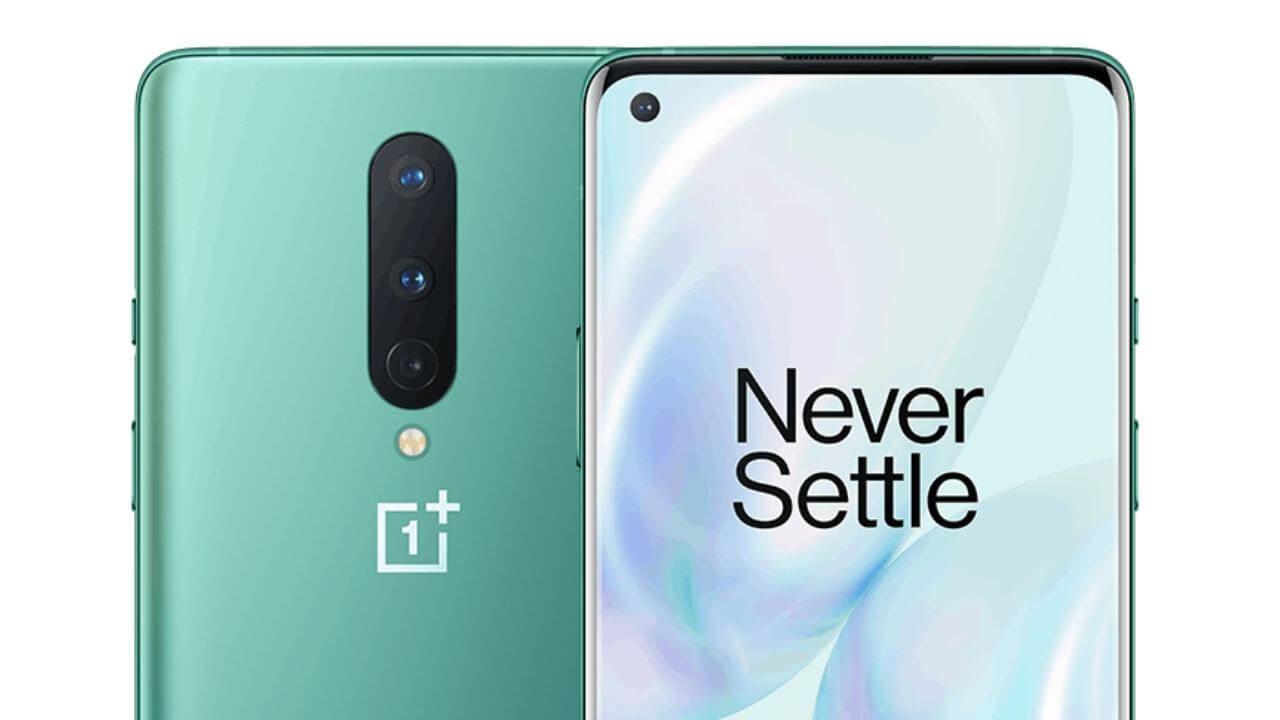 OnePlus 8 features a triple-camera setup on its rear panel, housing a 48MP f/1.75 main shooter, a 16MP f/2.2 ultra-wide, and a 2MP f/2.4 macro sensor. The smartphone can shoot videos at a maximum of 4K at 60fps; slow-motion in 720p at 480fps and 1080p at 240fps. The smartphone has a Super Stable mode, which helps the user to record clean videos while moving, by effectively smoothing out shaky footage. 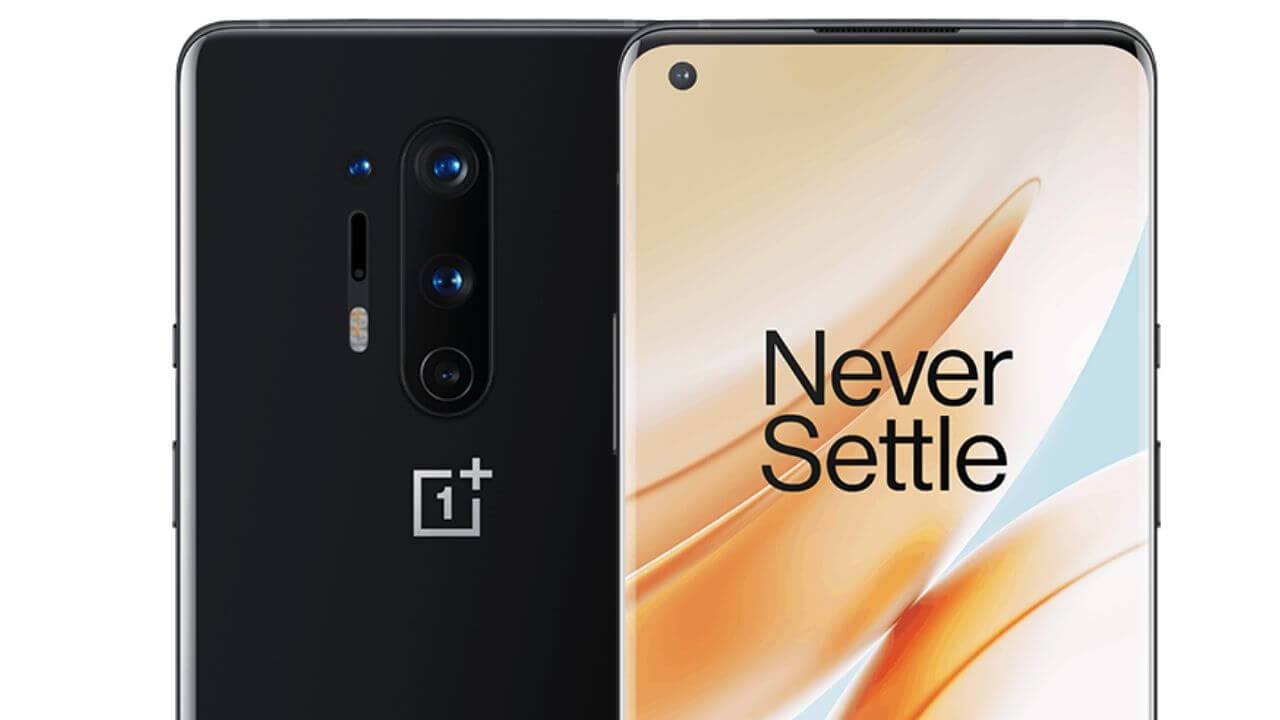 OnePlus Pro introduces the biggest camera upgrade ever designed for a Oneplus smartphone. The Pro variant is loaded with the quad-camera setup on its rear panel, featuring two 48MP Sony sensors. The vertical camera-setup houses a 48MP f/1.78 main Sony sensor with OIS and EIS (Optical and Electronic Image Stabilization), a 48MP f/2.2 Ultra-wide Sony sensor, and a 5MP f/2.4 color filter lens. Apart from this, an 8MP f/2.44 Telephoto sensor with 3x Hybrid zoom and 30x digital zoom sits on the left of the main camera bump.

We’ve seen smartphones with larger zooming powers, including Galaxy S20 Ultra with 100x Super-resolution zoom, but OnePlus has claimed that 30x zoom is more than enough as the audience isn’t asking for more.

The company hasn’t deployed the invisible camera on the rear panel as it was shown in the OnePlus Concept One at CES 2020.

Talking about the front cameras, OnePlus has finally ditched the pop-up selfie camera and followed the footsteps of premium flagships by introducing a single-lens selfie camera of 16MP, on both OnePlus 8 and the Pro sibling.

The OnePlus 8 is packed with a big 4,300mAh battery; the Pro variant has a much powerful battery of 4,510mAh, which is the biggest battery ever put in an OnePlus phone. Also, the sizable battery of the OnePlus 8 Pro has a larger capacity than the batteries of many premium smartphones, including Galaxy S20 Plus and iPhone 11 Pro. 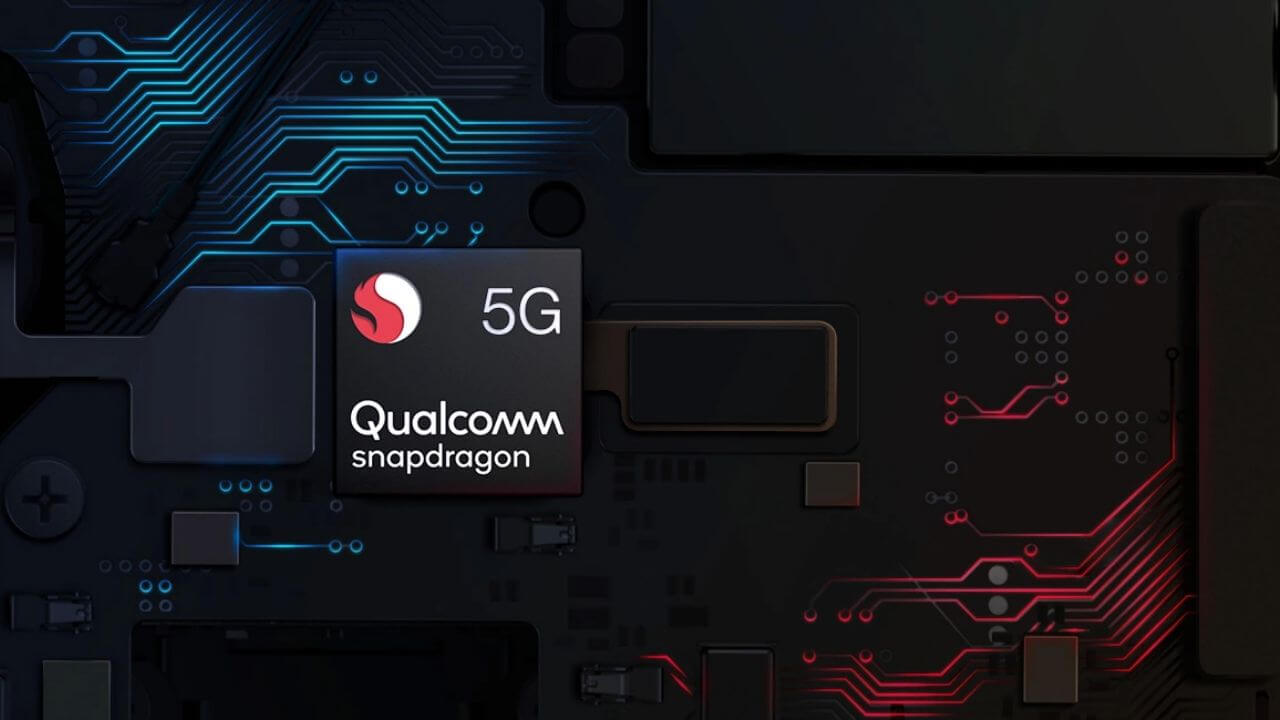 The OnePlus 8 series will be shipped with Android 10, with the company’s OxygenOS skin running on the top. Both the smartphones are powered by top-of-the-line Qualcomm Snapdragon 865 chipset, integrated with Qualcomm X55 5G modem. The users will get to choose between 8GB and 12GB RAM options, along with 128GB and 256GB internal storage. The OnePlus 8 features LPDDR4X RAM, whereas the Pro version gives you faster LPDDR5 RAM, which aims to improve the memory speeds by 30% and reduce power consumption by 20%. Apart from this, there isn’t much difference between the two siblings in terms of performance.

It won’t be too much to say that the OnePlus 8 series has high-end specifications, which makes its entry to the list of 5G and WiFi 6 compatible smartphones available in the market.

The premium flagships are anything but cheap, and this turns out to be true for the OnePlus 8 series.

Both the smartphones have been introduced in 8GB and 12GB RAM options. Further, users will get to choose between 128GB and 256GB internal storage. So, here’s the complete list of the OnePlus 8 series price:

In 2019, OnePlus had introduced OnePlus 7 Pro and OnePlus 7T with some amazing specifications and were priced lower than the competition. But, this isn’t the case with the OnePlus 8 series. Although OnePlus 8 is the latest budget flagship, it’s far more expensive than its predecessors. Now, coming to the Pro version, it’s the most expensive smartphone ever introduced by the company, which puts this smartphone in competition with the most premium flagships introduced by some of the biggest brands like Samsung S20 series and iPhone 11 Pro.

But, keeping in mind the future-proof specifications of these latest smartphones, OnePlus 8 is one of the most affordable 5G smartphones available in the market right now. Also, the Pro variant is a true premium flagship in every aspect. 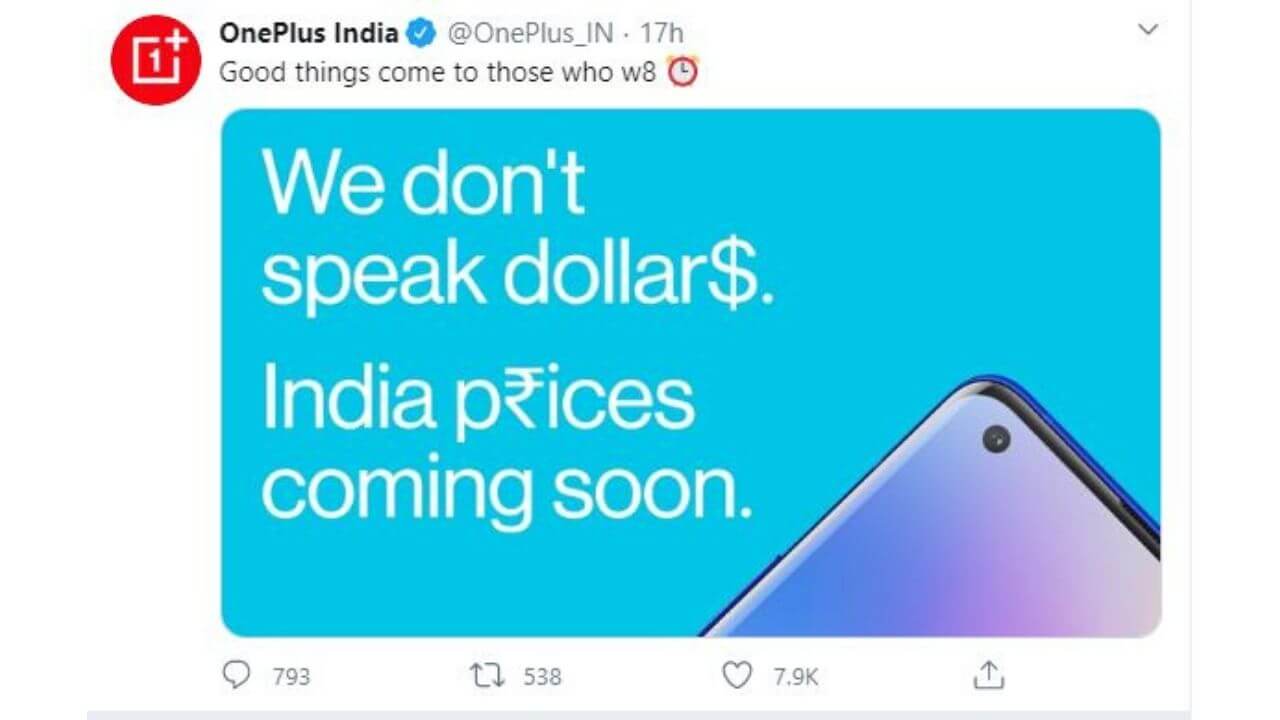 You can buy either of these two amazing smartphones, based on your preferences, and budget, of course. Both the smartphones offer you similar design, chipset, and performance. If you’re inclined towards more premium flagships, the OnePlus 8 Pro is your-thing;  it will offer you a bigger display and battery, smarter RAM, 120Hz refresh rate, better camera, and wireless charging.

Do let us know what you think about these newly launched flagships from OnePlus.  Don’t forget to share this article with all the OnePlus-lovers you know, who have been desperately waiting for these premium smartphones.

Why everyone wants an iPhone and rightly so