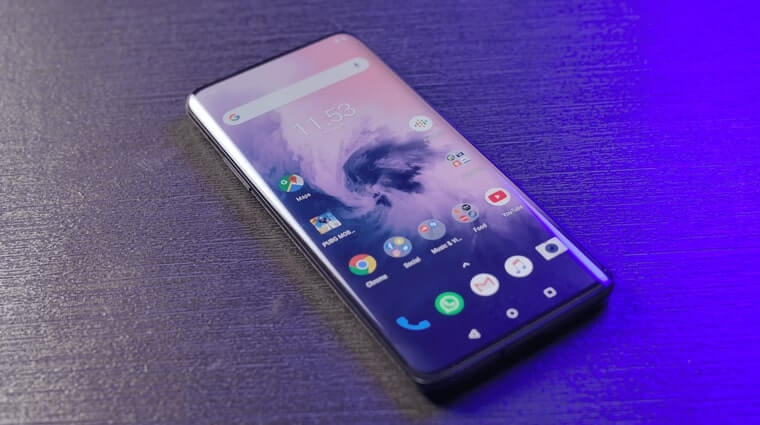 OnePlus forayed into the smartphone industry with the OnePlus One, a flagship killer which carried the promise of flagship experience at a fraction of the price on it’s shoulders. A few years of success and the OnePlus we see today has matured and changed. OnePlus brought the OnePlus 7 Pro around this year, beginning to a new line of phones which are not flagship killers, but flagships themselves. It is OnePlus’ most expensive smartphone to date and yet still significantly cheaper than the competition. But is it worth it? Let’s find out! 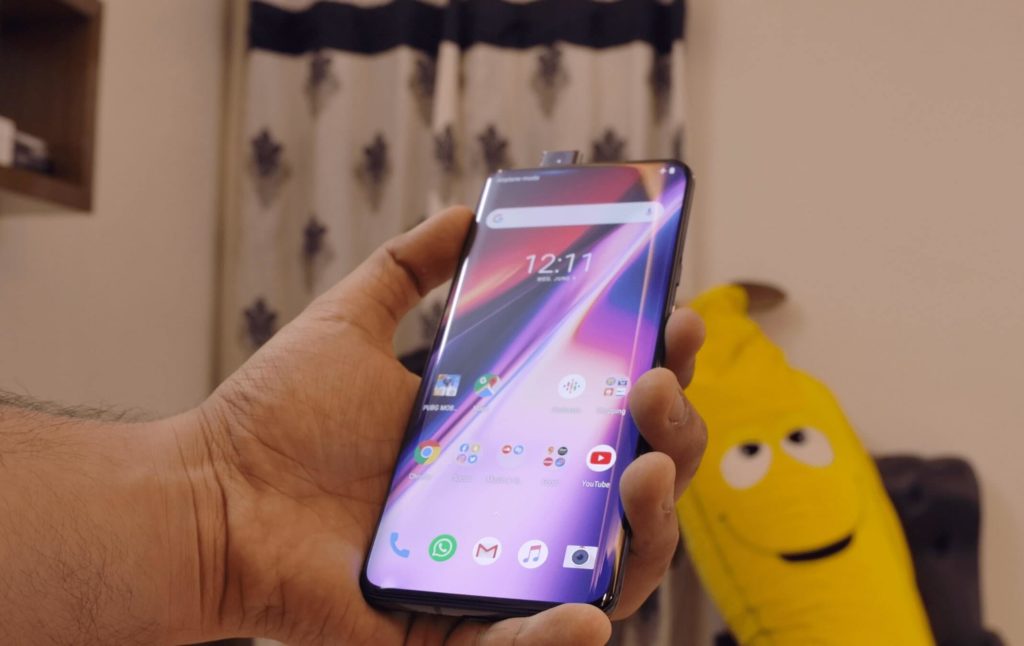 Let’s talk about the one feature that sets the OnePlus 7 Pro apart. The OnePlus 7 Pro has a 6.67”, fluid AMOLED panel which is curved at the edges. It has a resolution of 1440×3120 which makes it the highest resolution display ever used by OnePlus. It is curved at the edges which you may or may not like. I’m not a fan. Now, the one feature that truly sets this display apart is the 90 Hz refresh rate. This means that the panel refreshes what’s shown on the display 90 times per second compared to 60 (60 Hz) for a regular smartphone. All this translates to a very satisfying combination of speed and smoothness which makes using the OnePlus 7 Pro an experience that stands out.

Apart from that, even the colours on the OnePlus 7 Pro’s display are vibrant and pop out. OxygenOS, OnePlus’s Android skin, is very customisable and allows you to set the display colour temperature as you like. The notch-less, bezel-less display looks really futuristic and is my favourite feature of this device. Movie watching experience on the OnePlus 7 Pro is unrivalled, thanks to the display and the stereo speakers, which we’ll get to later. 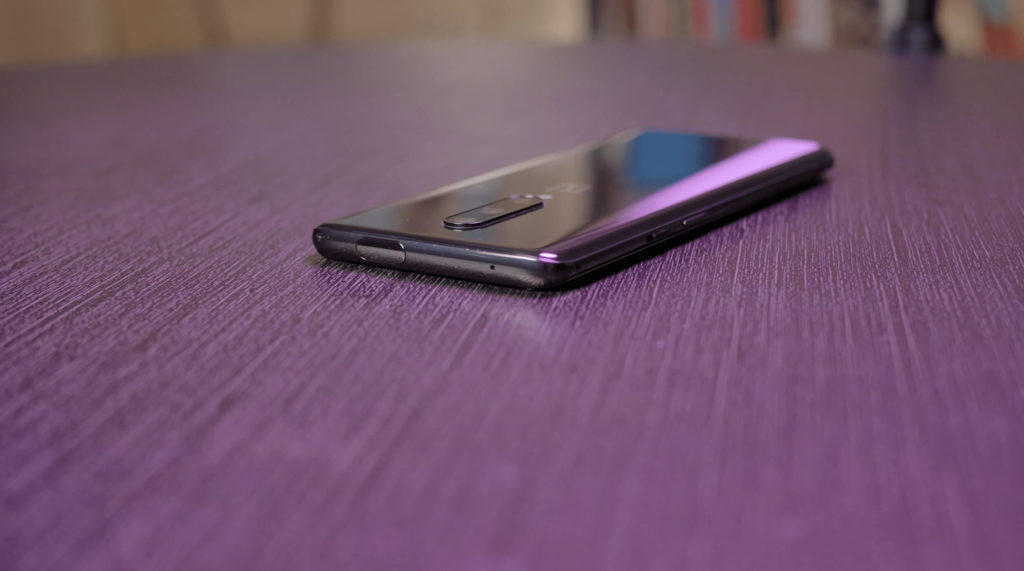 Moving on to other aspects of the hardware. The in-hand feel is great, way more premium than any previous OnePlus smartphone. Like the display, the back glass is also curved which makes it look and feel like a piece of art. The OnePlus 7 Pro is a heavy phone but I have to admit that the heft adds to the premium feel of the smartphone.

The SIM tray is at the bottom next to the USB C charging port. It has a rubber seal which helps with the water resistance. It can take 2 SIM Cards on either side but not a microSD card. Yes, the OnePlus 7 Pro, like other OnePlus phones does not have expandable storage.
OnePlus claims it has water resistance, there is no IP Rating. Neither is there any form of wireless charging. The glossy aluminium frame might make it look more premium, but combined with the curved front and back, makes it one of the slipperiest phones I’ve used. I would not recommend anyone to use this phone without a case.

The volume and power buttons are tactile and feel premium. The mute switch is always a welcome addition, this time even better because of a much improved vibration motor. This new vibration motor is definitely a game changer. It has taken one of the weakest components of OnePlus smartphones and converted it to one of it’s strongest advantage. The motor is at par with Samsung’s Galaxy S10 and Google’s Pixel 3. Combined with the clever integration throughout the UI, it makes for a much better experience.

Also, there is no headphone jack, which, honestly, is not a big deal these days. A dongle in the box would have been nice though, considering this is the most expensive smartphone ever sold by them. 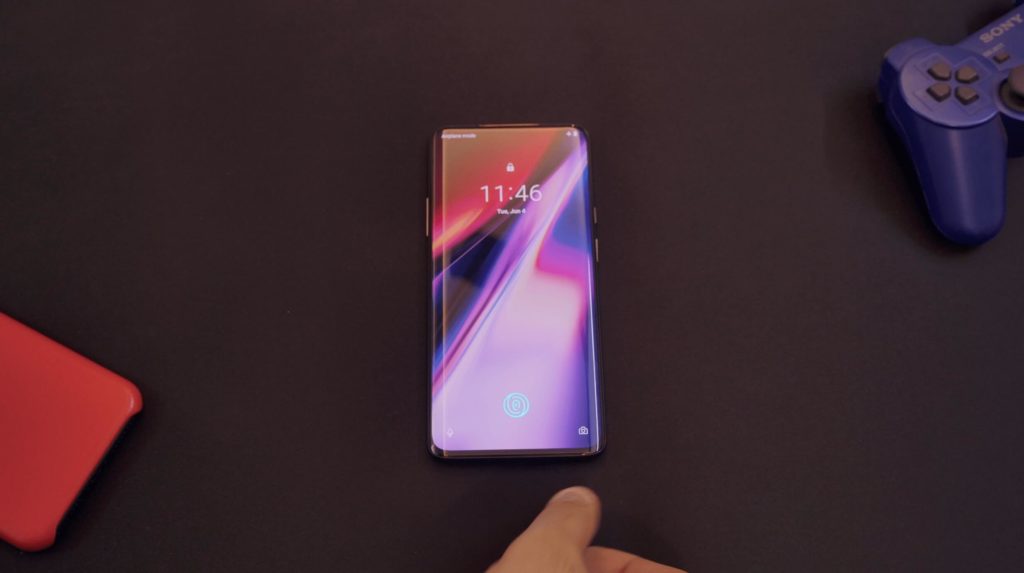 The OnePlus 7 Pro comes with Oxygen OS, OnePlus’s own skin atop Android Pie. OxygenOS is quite possibly the only skin which can appeal to stock, vanilla android enthusiasts. It looks the same, feels the same and adds a lot of customizability options. The whole skin is based around the concept of speed which is why animations are considerably shorter, to create an illusion of snappiness.

Where this skin shines for me though is how good of a balance it is. There are some people who will spend hours and hours tweaking and modifying to get their phone to look exactly how they want it to. And then there are users who just don’t care how their setup looks as long as they can see their app list and use whichever they want to. What is amazing about Oxygen OS is how great it is for both kinds of people. OxygenOS is remarkable in that sense.

Our phone is the 8+256 version and there were no app crashes, no memory management issues and no stutters or slowdown whatsoever. The phone was used at 90 Hz display setting almost the entirety of its usage period. Some people have reported a phantom touch problem, which basically means that the phone behaves like the touch screen is used or tapped in a certain area when it is not. But OnePlus has confirmed that it is a software bug affecting a small percentage of users and an update to fix this is on it’s way.

Salient Features of the OnePlus 7 Pro 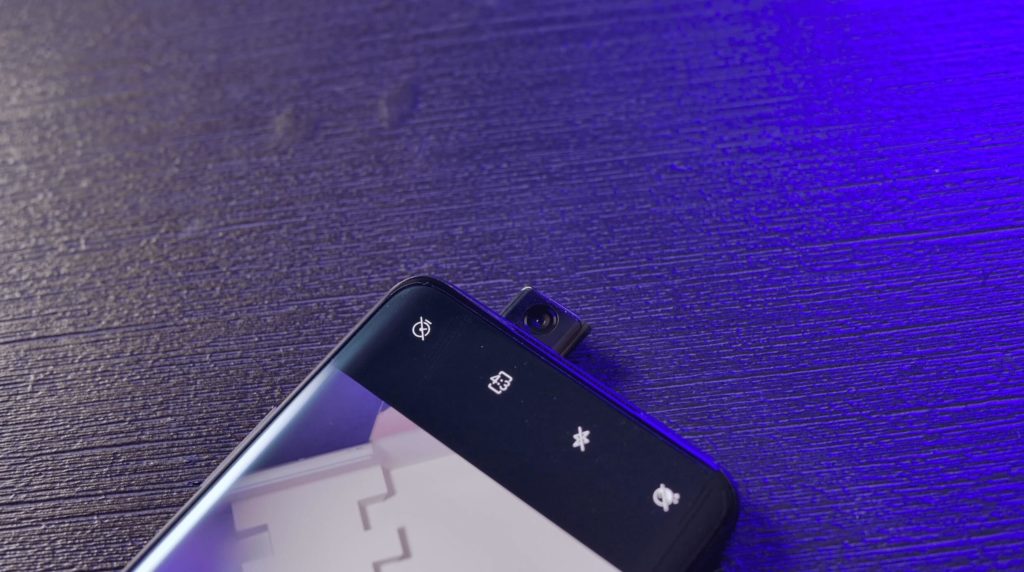 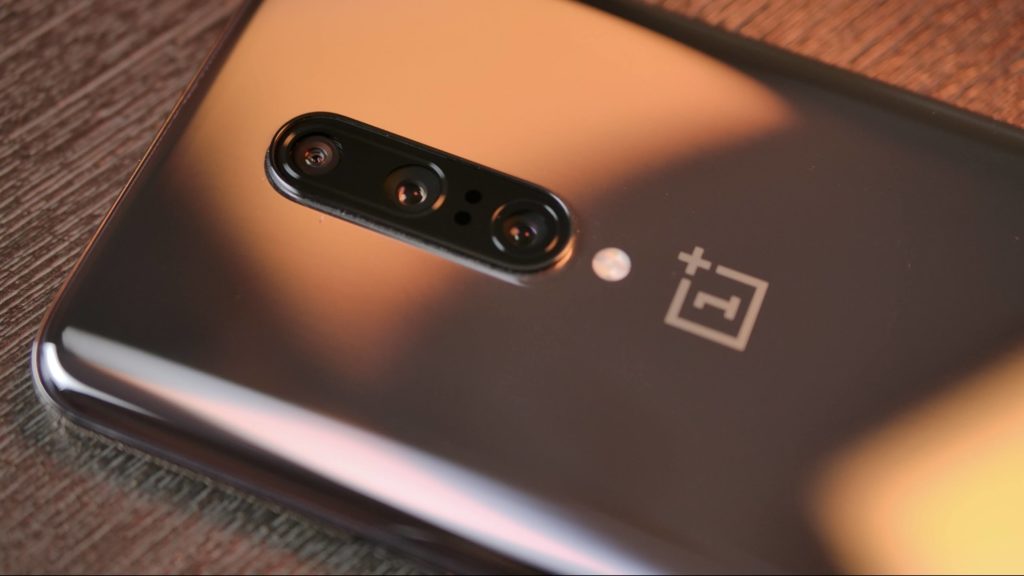 OnePlus has been called out in the past for putting poor camera sensors in their smartphones. They’ve decided to change that this year. Triple camera setup on the back. A first for OnePlus. Primary 48 MP shooter, a telephoto lens that helps zoom in by 3x and a wide angle lens. 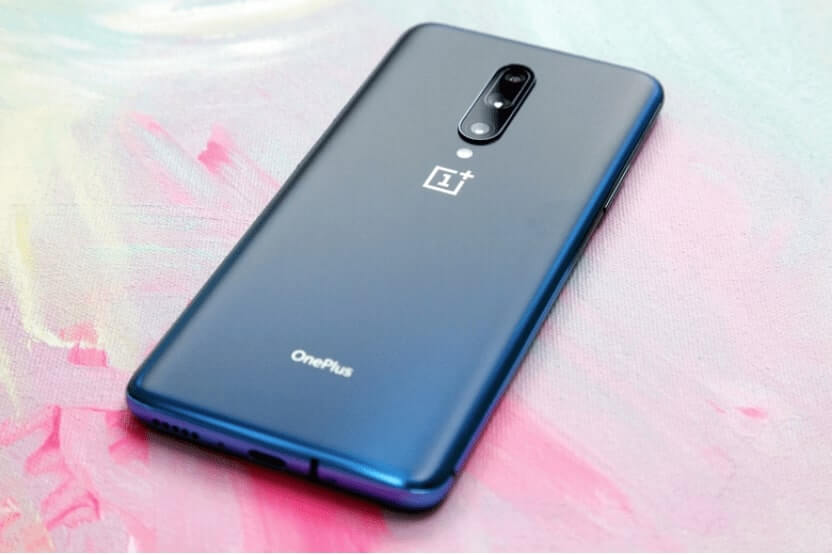 As I conclude this review, let’s talk about the pricing. Many have complained that OnePlus has been climbing the price ladder to the point that the OnePlus 7 Pro is more than twice as expensive as the OnePlus One. But all previous OnePlus phones have been flagship killers. Devices which made sacrifices to get a sweet price point. The OnePlus 7 Pro is not that. The OnePlus 7 Pro is when OnePlus goes all out and makes a no compromise smartphone. And I have to admit, they have succeeded. The OnePlus 7 Pro is a combination of great hardware and excellent software. It’s easily my favourite phone to come out this year and if you’re thinking of buying one, you definitely have my blessings.