All you need to know about Samsung Galaxy S20 and S20+ 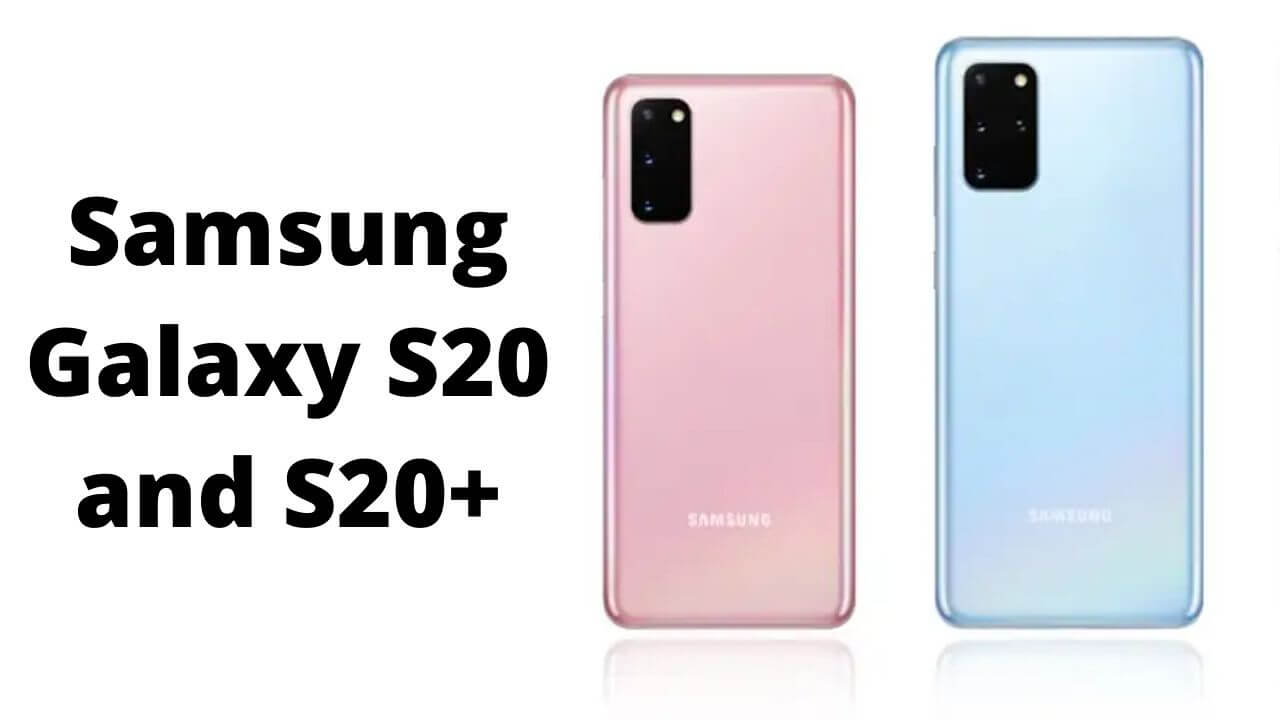 Samsung has finally released the much-awaited, ultra-popular Galaxy S20 lineup at its Unpacked Event on February 11, 2020, in San Francisco. From the time Samsung revealed the plans to launch its next flagship series, leaks and renders started buzzing around the internet, whether it was related to the naming convention that Samsung would adopt or the expected technical specifications of the Samsung’s next flagship.

Interestingly, all three models have come up with 5G support, a leading 120Hz Refresh rate, and new camera setups, making them top contenders for the best Android smartphone available today. 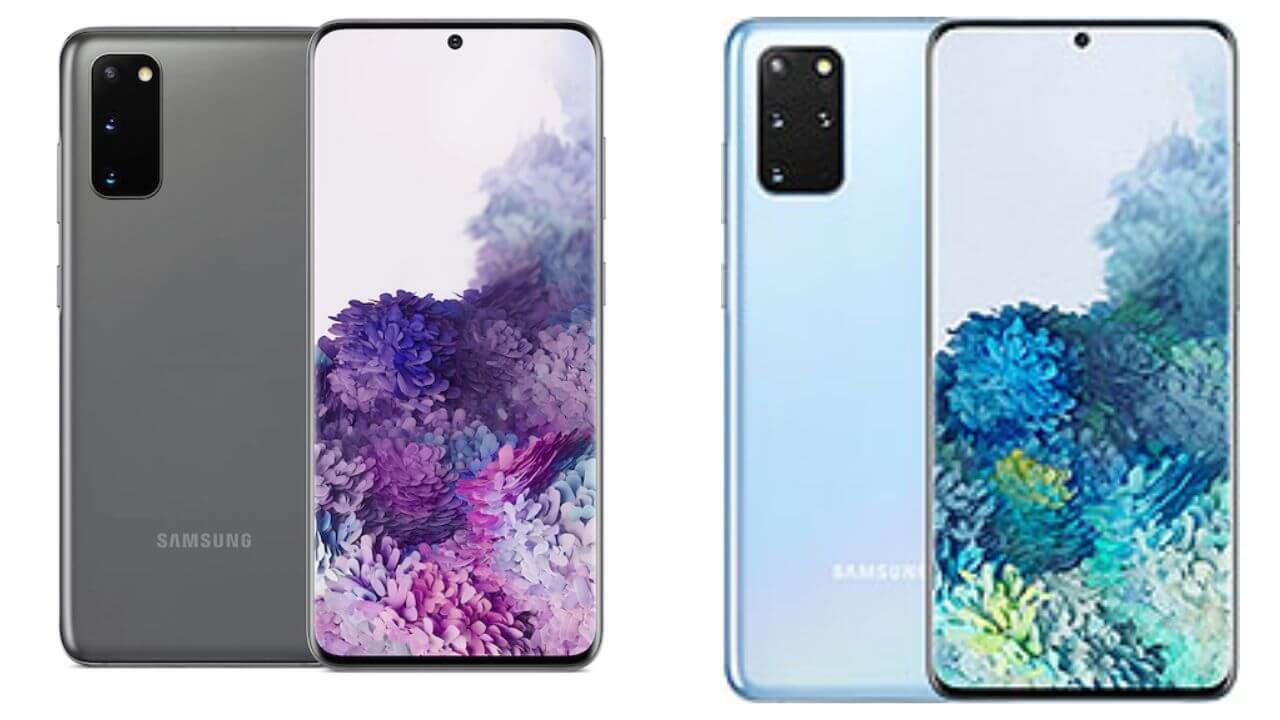 Apart from size and the camera module, the Galaxy S20 and S20+ are widely identical in design.

On the front, the Galaxy S20 and Galaxy S20+ are walking on the footprints of the Samsung Galaxy Note 10, featuring a tiny punch-hole camera cutout at the top-center. But interestingly, Samsung has trimmed more bezels this time, offering a more immersive and eye-catching screen.

On the back, both the phones have a large rectangular camera setup, that looks quite similar. But, you’ll get some variations in the camera features, which we have mentioned in detail in the camera section. 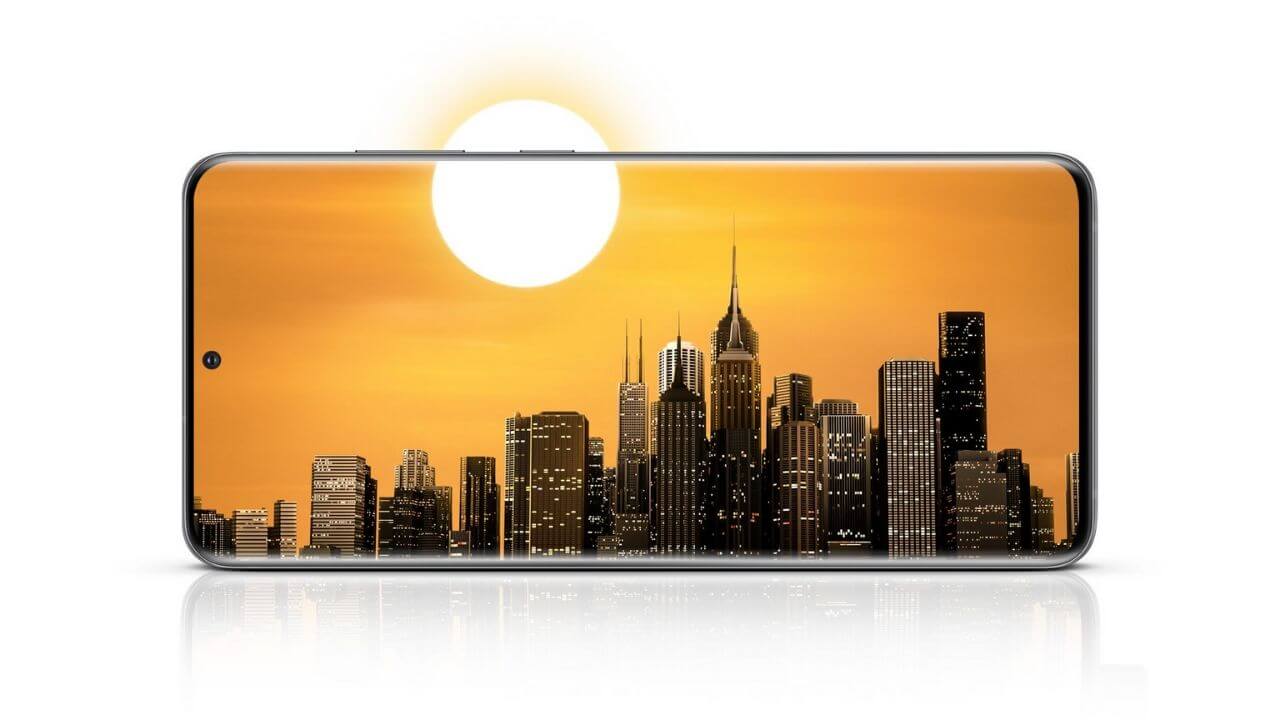 Both the Galaxy S20 and Galaxy S20+ offer a stunning, brighter display, with Dynamic AMOLED 2X Infinity-O Display at Quad HD+ resolution. Now, let’s look at the size and other variations in detail.

The default setting is 60Hz and you’ll have to change the screen setting to get a 120Hz refresh rate. Samsung claims that there will not be any abnormal drain in the battery if you switch over to a 120Hz.

However, there’s a big caveat here- the 120Hz refresh rate works only with the Full-HD+ resolution and not with the innate QHD+, which is automatically capped at 60Hz. Well, it seems you’ll have to compromise on either screen resolution or refresh rate, as you can’t have both. 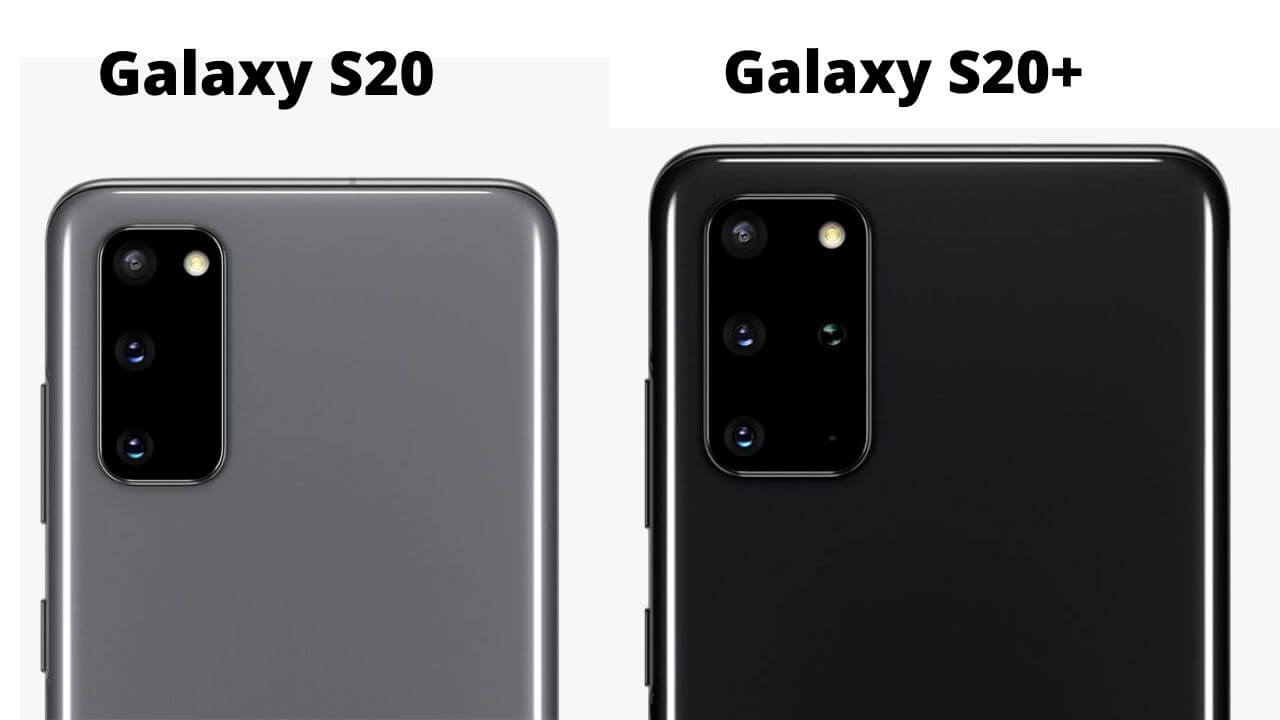 The Galaxy S20 and S20+ have the identical core trio at the heart- a 12MP ultra-wide, a 12MP wide-angle, and a 64MP telephoto sensor. Moreover, both phones offer Space Zoom with a 3X Hybrid Optical Zoom and 30X Super-Resolution Zoom.

The Galaxy S20+ has a little more to offer in its camera department with the addition of the “Depth Vision” sensor to the set-up.

And, if you’re someone who struggles while framing shots with high zoom levels, the Galaxy S20 and S20+ will help you frame better shots. It gives you a zoomed-out view of your subject in a pop-up window in the viewfinder.

Now, coming to the videos. You’ll love shooting videos on the Galaxy S20 and Galaxy S20+, as they both offer 8K video recording at 24fps. You’ll also get an option of shooting 4K UHD videos at 60 fps. Moreover, the 33MP still image mode lets you capture high-resolution stills while shooting an 8K video.

The Samsung Galaxy S20 and S20+ run on the OneUI 2.0, based on Android 10. The interface is beautiful and winning, as we would expect from the flagships.

Now coming to the processors and chipsets. For Europe, the Galaxy S20 and S20+ will be powered by the new Samsung Exynos 990. On the other hand, for the US and other territories, Samsung will use flagship Qualcomm Snapdragon 865 chipset for its Galaxy S20 series. 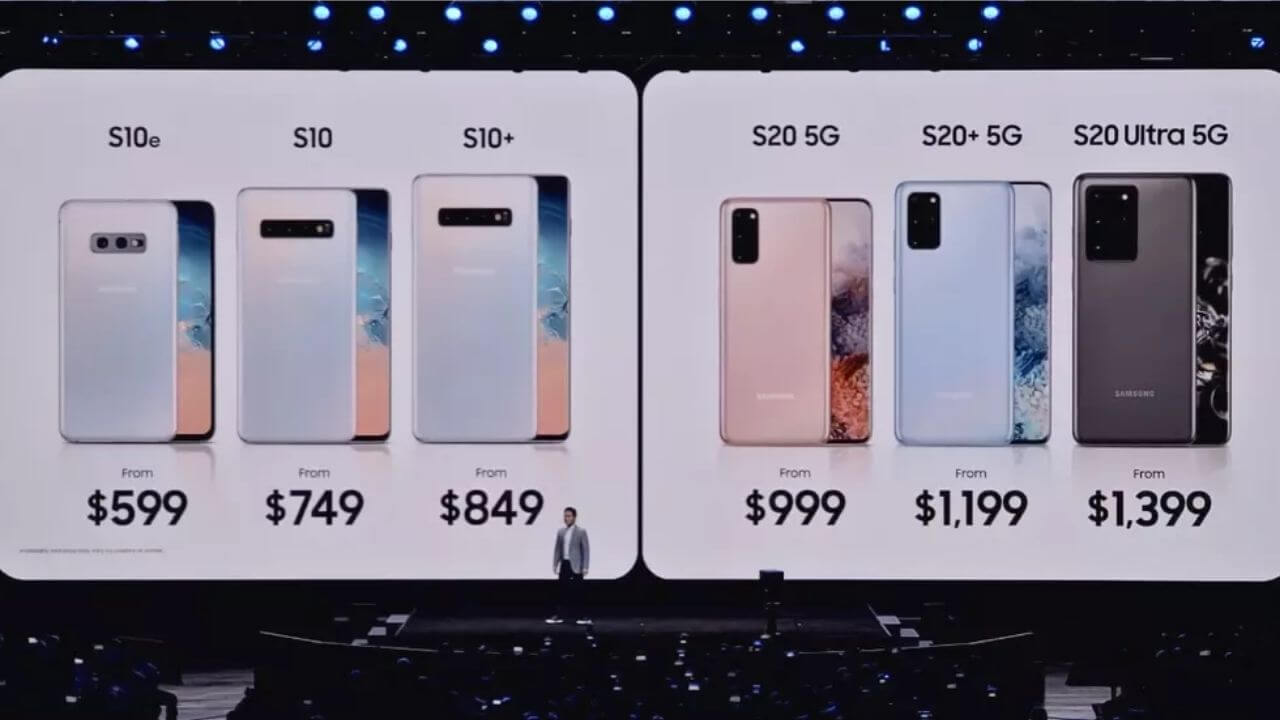 The Galaxy S20 and S20+ are available in two editions-  LTE-only and 5G-enabled. The smartphones will be available in 8GB and 12GB RAM editions, depending on the model.

Therefore, you can get the following editions of the Galaxy S20:

And, the Galaxy S20+ will be available in the following editions:

Moreover, all the models are equipped with a MicroSD slot that supports cards up to 1TB.

The Samsung Galaxy S20 and S20+ are expected to go on sale on March 6 in the US. Also, Samsung won’t wait too long before launching the Galaxy S20 in other countries, to get a head start over the competition from the products waiting to be launched at the MWC 2020.

Now, comes another aspect worth considering- the price of the Galaxy S20 series.

The Galaxy S20 has a starting price of $999 and the larger Galaxy S20+ goes for $1199. You can pre-order the Galaxy S20 and S20+ from nearly all major carriers and avail some exciting, special offers. It’s worth noting that the pre-order process begins on February 21, 2020.

Apart from unveiling the Galaxy S20 lineup, Samsung dropped another great news at its Unpacked event. The Galaxy owners will be getting a perk- as a result of the Samsung and Netflix mobile deal, users will get Netflix bonus content on your Galaxy smartphones. That’s called a piece of really good news, right?

This alliance would boost Samsung’s appearance in the international markets where Netflix is growing super-fast.

You can buy the Galaxy S20 or S20+ based on your preferences and budget, of course. Both models are bound to offer you beautiful displays and amazing camera features.

That was all for the Galaxy S20 and S20+. Do share this blog with your friends who’ve been excitedly waiting for the Samsung flagship for a long time.

iPhone X Spotted in the Wild!