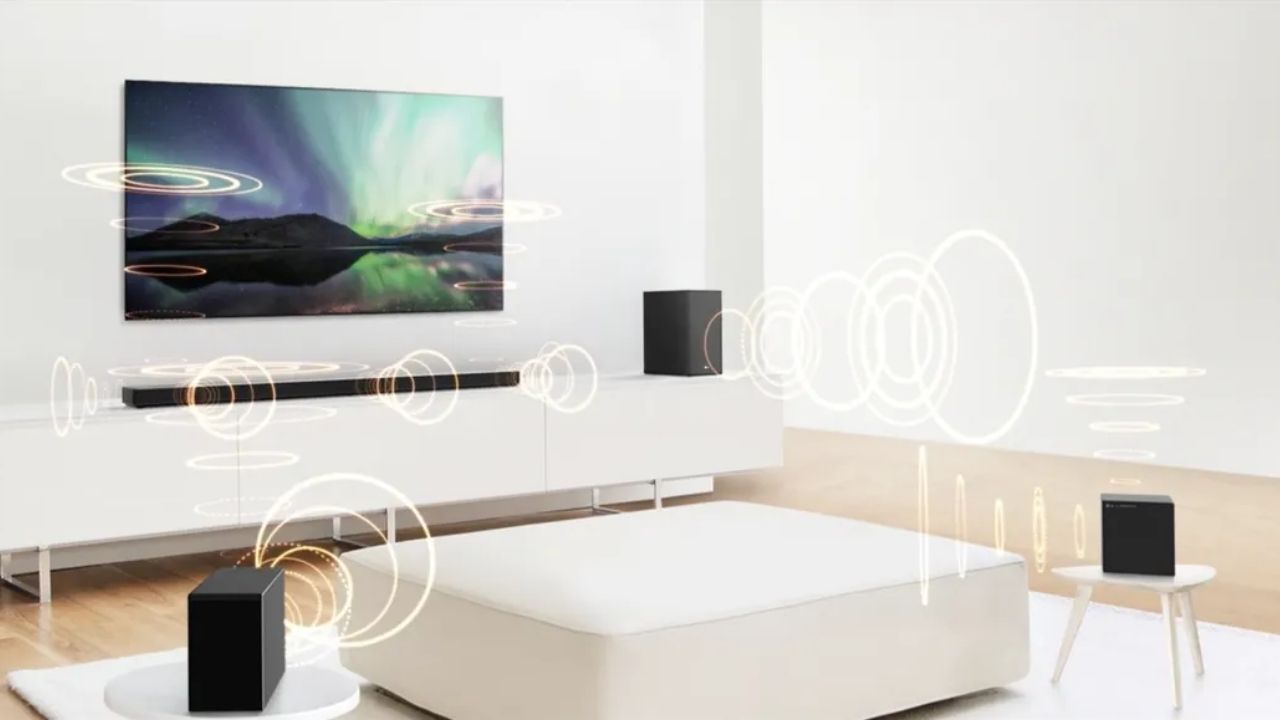 LG has announced the S95QR, their flagship model for 2022, which it claims is the first soundbar with an upfiring centre channel. Along with this they’ve also announced their Media Chair and a 16:18 inch monitor days ahead of CES 2022. The S95QR has a total of five up-firing channels: three on the soundbar and two in the rear speakers. The centre is set up to make voices appear to emerge from your screen, just like they do in movies.

The soundbar features Dolby Atmos, DTS:X, and Imax Enhanced support, as well as gaming-friendly HDMI 2.1 with variable frame rate and auto low latency mode. Unfortunately, next-gen consoles like PS5 and Xbox Series X do not support 4K 120Hz HDR passthrough, so you’ll have to connect them to the TV instead.

With four front and side drivers to complement the two up-firing drivers, the new wireless surround speakers  boost the number of channels on both from four to six. The receiver that feeds both the rear speakers and the subwoofer is more sensitive, allowing you to set them further apart than previously. In addition to management via an Amazon Alexa or Google Assistant, the 2022 LG soundbar includes an upgraded AI Room Calibration process.

The company has also announced the Wowcast Wi-Fi audio dongle, which allows users to connect their soundbar to their TV wirelessly while still receiving Atmos audio streams. The majority of wireless connections are only stereo. For situations where running a cable between the TV and the soundbar would be difficult, the Wowcast is a device that makes the soundbar wireless. It attaches to the back of your TV and allows an HDMI eARC connection to be made between it and the soundbar. According to LG, the Wowcast will be sold separately, so we can expect it to be released alongside the new soundbar in the United States. Pricing and availability have yet to be announced, but we expect to learn more in January at CES 2022.