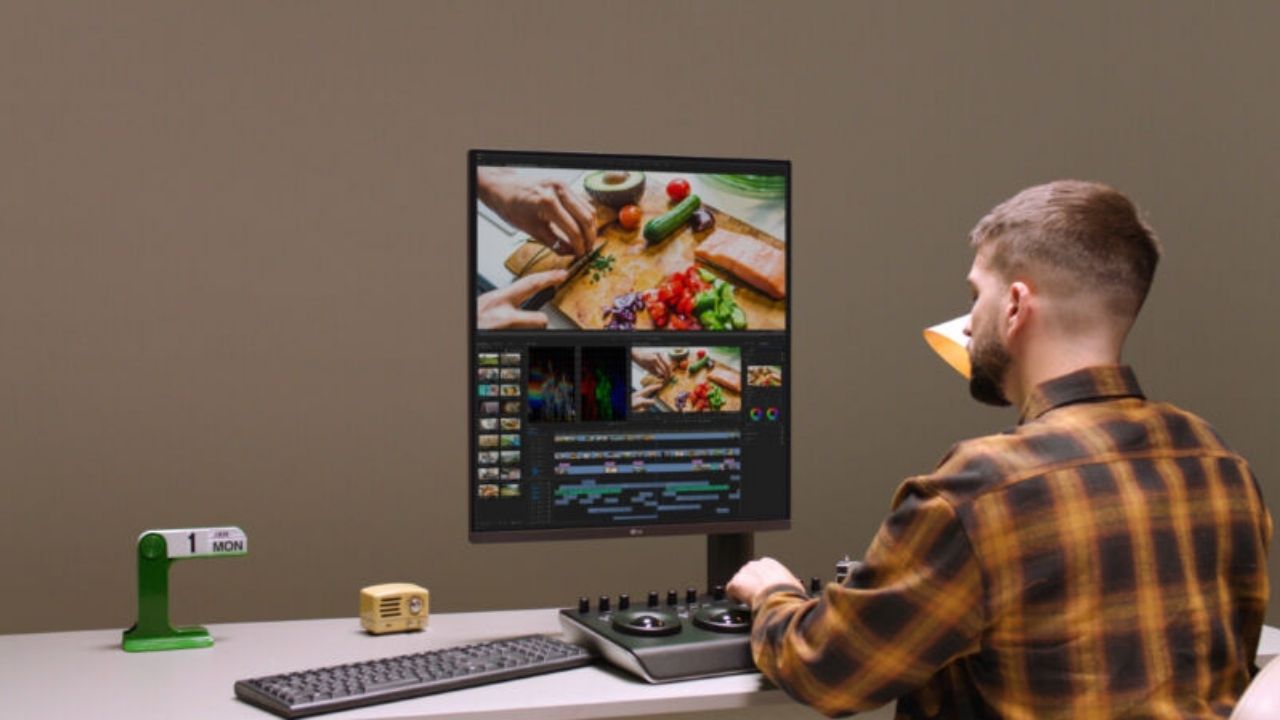 After unveiling their futuristic Media Chair, LG has launched two new monitors that it claims are designed for professional creatives working from home in the new normal. A double-height monitor is one of the new displays, which promises a “completely unique user experience.” LG has announced the LG DualUp Monitor (28MQ780), a 27.6-inch monitor with a 16:18 aspect ratio to give content creators a taller perspective and the LG UltraFine Display (32UQ85R) which is a regular 4K 32 inch ultrawide monitor with Nano IPS panel instead of IPS panel

The LG DualUp is exactly what it appears to be: two widescreen displays stacked on top of one another to create one big, virtually square panel. The LG DualUp is billed as a “multitasking powerhouse” that can handle everything from coding to multimedia creation. It has a 16:18 aspect ratio, which the company claims is a first in the monitor industry. According to LG, it has the same amount of display space as two 21.5-inch monitors. Aside from its unusual aspect ratio, the monitor is also quite large.

It measures 27.6 inches diagonally and has a pixel density of 139.6 pixels per inch with a resolution of 2560×2880. The display contains the same number of pixels (7,372,800) as two 21.5-inch QHD 16:9 (2560×1440 resolution) monitors, but it is significantly taller. It also has a vertical split view functionality as well as the ability to use it as one large uninterrupted display. Two HDMI ports, a display port, three USB-C ports (one upstream and two downstream), and a USB-C port for display or power delivery are all included.

LG also claims that the DualUp’s double-height screen helps prevent side-to-side head motions, which it claims is the primary source of neck strain. LG also says that it covers 98%the DCI-P3 colour gamut and can be used with LG’s Ergo stand, which can clamp to “most” desks and tables to conserve space.

For photographers and video editors, the LG UltraFine 31.5-inch display is likely to be significantly more useful. For starters, it comes with a 4K UHD 3840×2160 Nano IPS Black panel with a 2000:1 contrast ratio and 98 percent DCI-P3 colour gamut coverage. It’s LG’s first Nano IPS Black panel, which, according to the display giant, produces realistic and subtle black tones that give images greater depth.

The monitor comes with a self-calibration sensor that can be programmed using LG’s software for better color accuracy while editing pictures and color grading videos. Two HDMI ports, a display port, three USB-C ports (one upstream and two downstream), and a USB-C port for display or power delivery are also included.

During LG’s CES 2022 presentation on January 4 at 8 a.m. PST, the company plans to share further information about both monitors, including likely cost and availability.

WhatsApp Might Allow You to Edit Sent Text Messages