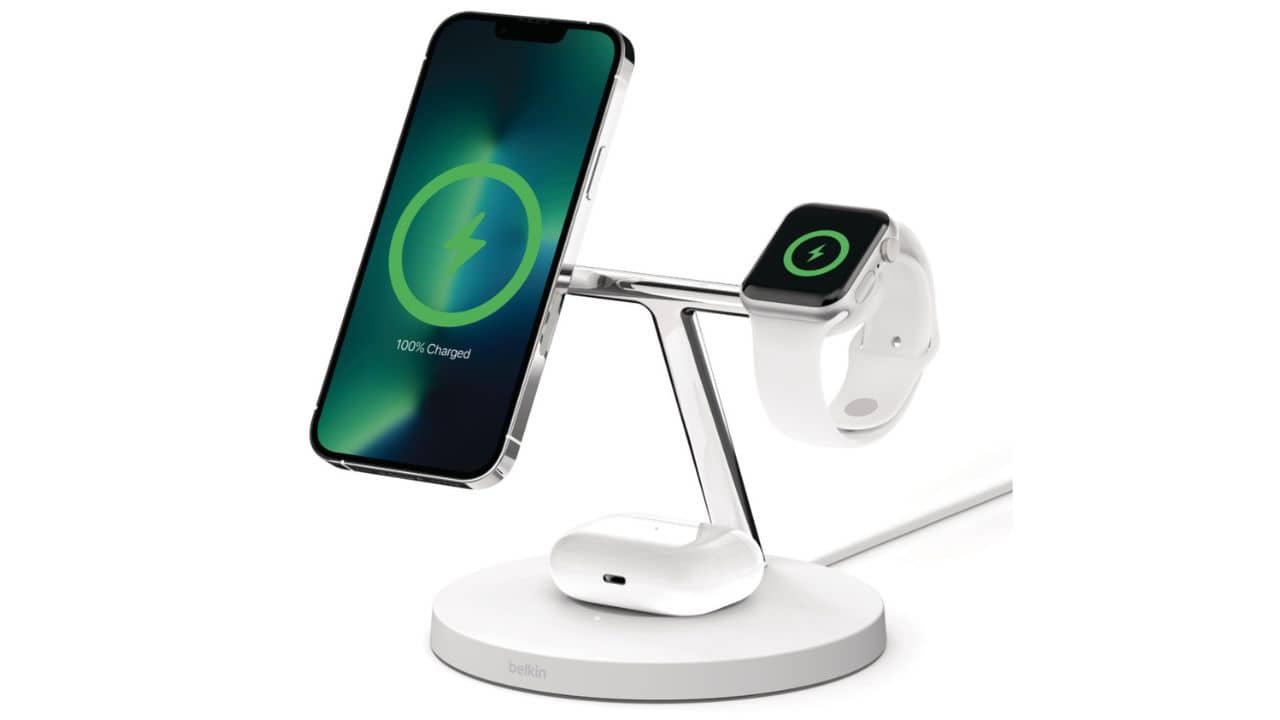 When Apple launched the iPhone 12 lineup with MagSafe in 2020, it also featured a new 3-in-1 charging stand from Belkin, the number one third-party seller of MagSafe chargers. This multi-device charger allowed iPhone users to save time and charge their iPhone, Apple Watch, and AirPods at the same time. After much wait, Belkin has finally upgraded their 3-in-1 charging station.

What features does this new Boost Charge Pro 3-in-1 stand has to offer?

Earlier, users had the option to charge three Apple devices together using the same stand. Although, it took around 2.5 hours or more to get them all charged, specifically the Apple Watch. In this fast-moving world, waiting hours to get your device charged is annoying.  As a result, Apple upgraded the Watch Series 7 with fast charging support which reduced its charging time from 2.5 hours to half. To catch up, Belkin has launched an upgraded version of the already best-selling MagSafe charging stand: the Boost Charge Pro 3-in-1 Wireless Charging Pad. Please note that it is similar to the last stand in terms of looks. Here’s what’s new:

Also read: iPhone 13 not charging wirelessly? Here’s how to fix it.

Currently, the 3-in-1 Boost Charge Pro stands are available for pre-orders on Belkin’s website. The device will be in stores from July onwards, priced at $150. So what are you waiting for? If you want to save time and cable mess by charging your multiple Apple devices simultaneously,  then don’t wait, just book one for yourself now?

Don’t miss: iPhone 12 not charging wirelessly? Here are 8 ways to fix it