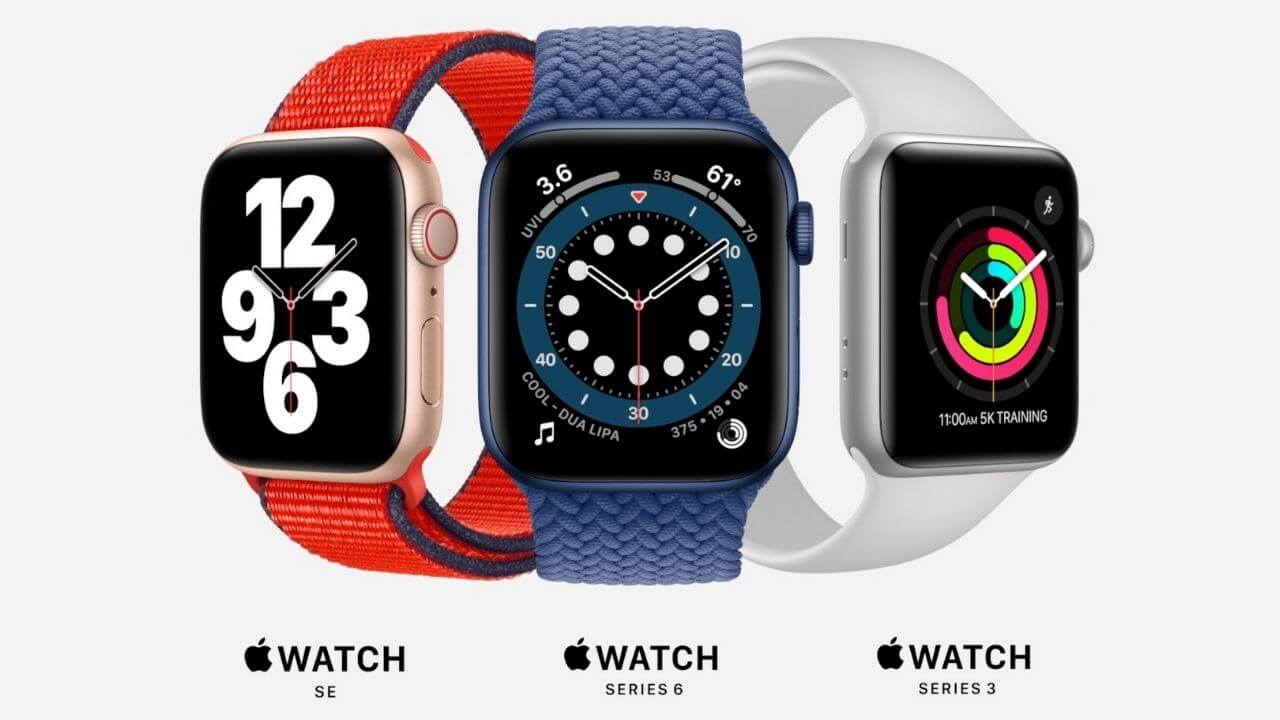 Just like Apple introduced iPhone SE as a budget-friendly option amongst the top-end iPhones. Similarly, Apple has introduced a separate watch with an affordable price tag, called the Apple Watch SE. It seems to be a successor of the three-year-old Apple Watch Series 3. The brand has also mentioned that Series 3 will get the watchOS 7 update and stay as an entry point at $199 in the world of Apple smartwatches.

In addition to the smartwatches, the tech giant also announced the new iPad 8th-gen, iPad Air, Apple One subscription, and Apple Fitness+ service for its users. 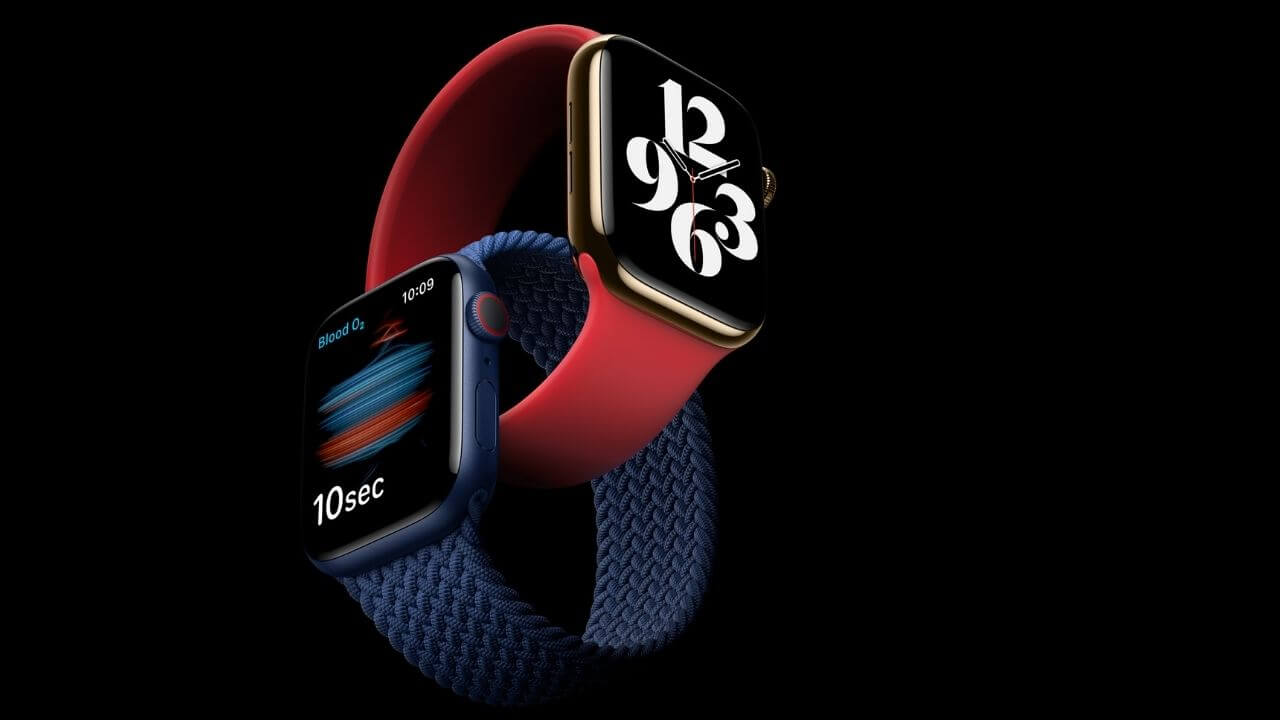 Apple Watch Series 6 runs on the latest watchOS 7 that adds a ton of health tracking features, including native sleep tracking support, low-range VO2 Max, a new Fitness app with dedicated workouts, the ability to share watch faces, and automatic hand-wash detection. Also, watchOS 7 levels up its personalization game with a fresh lineup of watch faces, including Typography, Memoji, Chronograph Pro, GMT, Nike, and many others.

The new Apple smartwatch sports the upgraded S6 SiP (System in Package) 64-bit dual-core processor, based on the A13 Bionic chip used in iPhone 11 series. The company claims the latest smartwatch delivers up to 20 times faster performance while maintaining the same 18-hour battery life. Also, the Series 6 can offer faster charging. It can go from zero to full in just 1.5 hours.

This latest Apple smartwatch offers a variety of new features, including the ability to measure blood oxygen levels in just 15 seconds, using green, red, and infrared LEDs. Also, Apple says they have collaborated with various research centers and universities to see how Blood oxygen levels can be used in future health applications. There’s a new sensor, always-on-altimeter, which offers real-time elevation information.

In addition to the regular buckle strap, Apple has added a new strap called ‘Solo loop’ that has a continuous and stretchable band design, with no adjustments or buckles. It’s available in two materials- soft silicone and braided yarn. Also, for the first time, Apple has released Leather Link straps with flexible molded magnets.

Series 6 will come with a Family Setup feature where the entire family, including kids and older family members, who do not have an iPhone can benefit from the safety and fitness features of the Apple Watch. This feature will be available as a free update on Apple Watch Series 4 or later running watchOS 7, paired with iPhone 6s or later running iOS 14.

In terms of collection, Apple has added stunning new cases and bands so that the customers can easily pick the one that suits their style and preferences. The Series 6 is available in Blue, Silver, Space Gray, Gold, and the new Product (Red) finish that has exclusive matching bright red bands. The Stainless steel model is available in graphite and an updated classic yellow gold color. The top-end model gets the Natural and Space black titanium finishes. 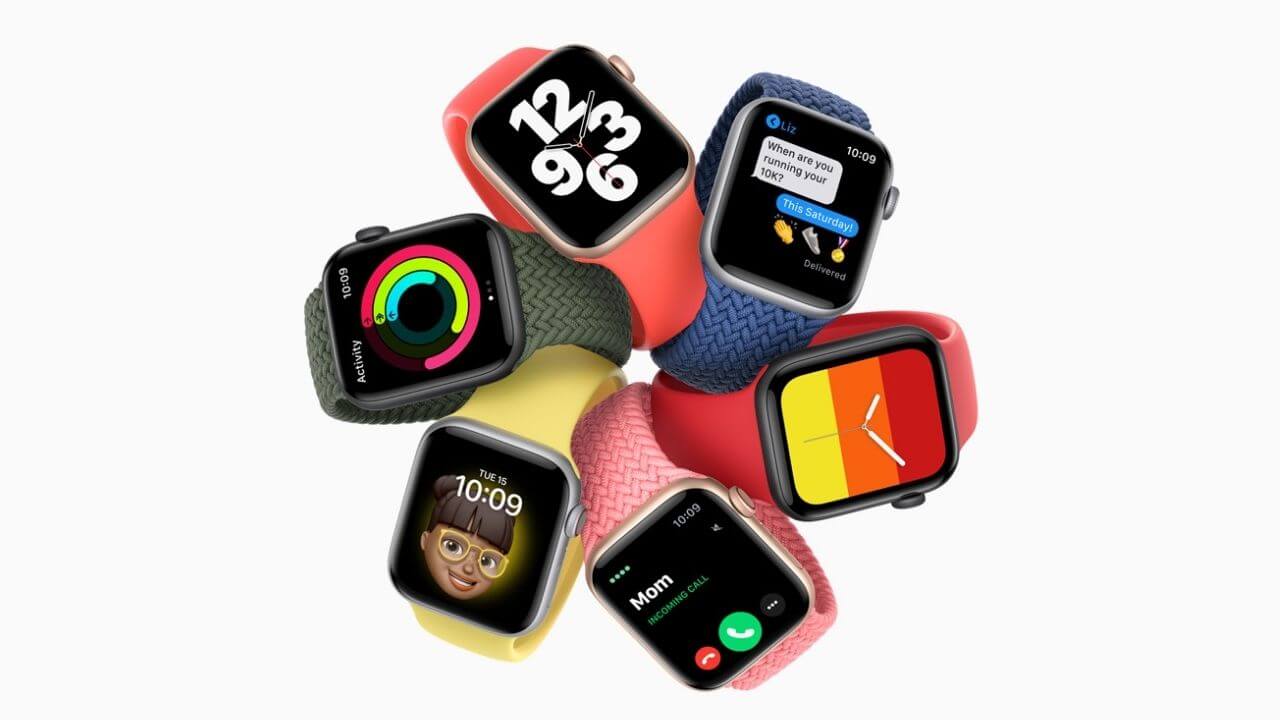 Apple watch SE features a retina display with curved corners, which is almost 30 percent larger than Series 3. This smartwatch is powered by a dual-core processor and S5 System-in-Package that delivers almost two times faster performance than Apple Watch Series 3. Apple Watch SE shares some features of Series 6, including hand-wash detection, built-in accelerometer, gyroscope, Family Setup, always-on altimeter, fall detection, and sleep detection. It’s worth mentioning that there will be no always-on display, which was introduced in Series 5 and Blood oxygen monitoring in Series 6. The smartwatch will show you details like distance, cadence, pace, calories burnt, and heart rate.

It will be available in three beautiful cases made of recycled aluminum and are compatible with all Apple Watch bands, including the latest Solo and Braided Solo loop. 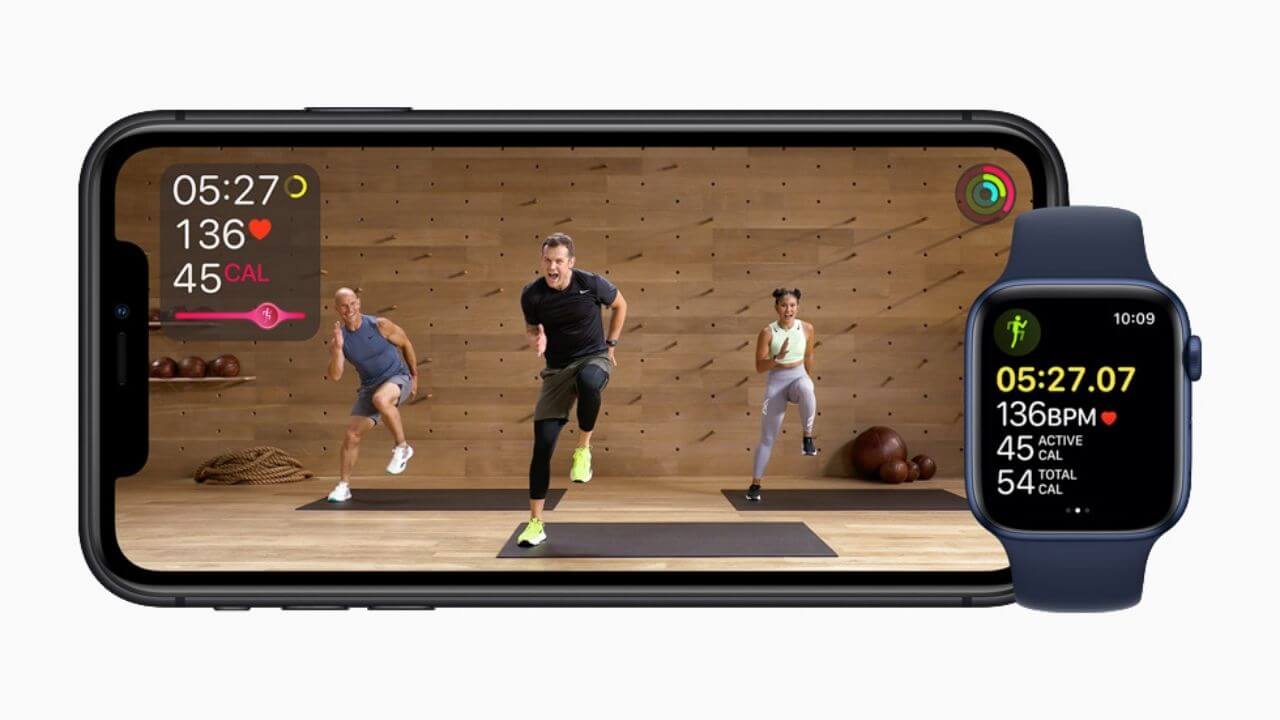 The tech giant has also introduced Apple Fitness+, the first-ever fitness experience designed especially for Apple Watch. It offers studio-style workouts from world-class trainers and motivating music from popular artists. There are a variety of workouts, including Yoga, Cycling, HIIT, Dance, Strength, and Core, for beginners as well as committed exercisers.  The app shows real-time metrics like calories burnt, activity rings, and the summary of the entire workout, from Apple Watch on the iPhone, iPad, or Apple TV. The subscription costs $9.99/month and $79.99/year. This service will arrive in late 2020. 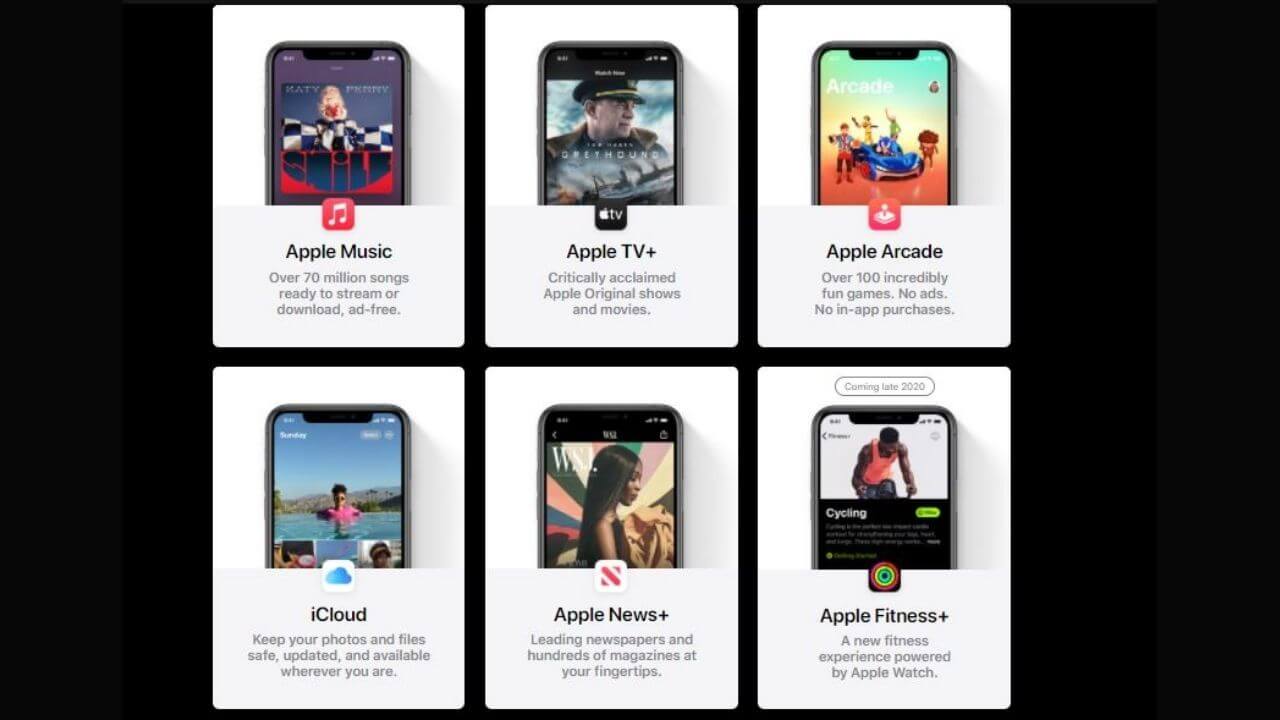 Apple brings up to its six amazing services, including iCloud, Apple Arcade, Apple Music, Apple TV+, Apple News, and Apple Fitness+ into one easy subscription with Apple One. You can choose from Individual, Family, and Premier plans, where the Premier option covers all the six Apple services. 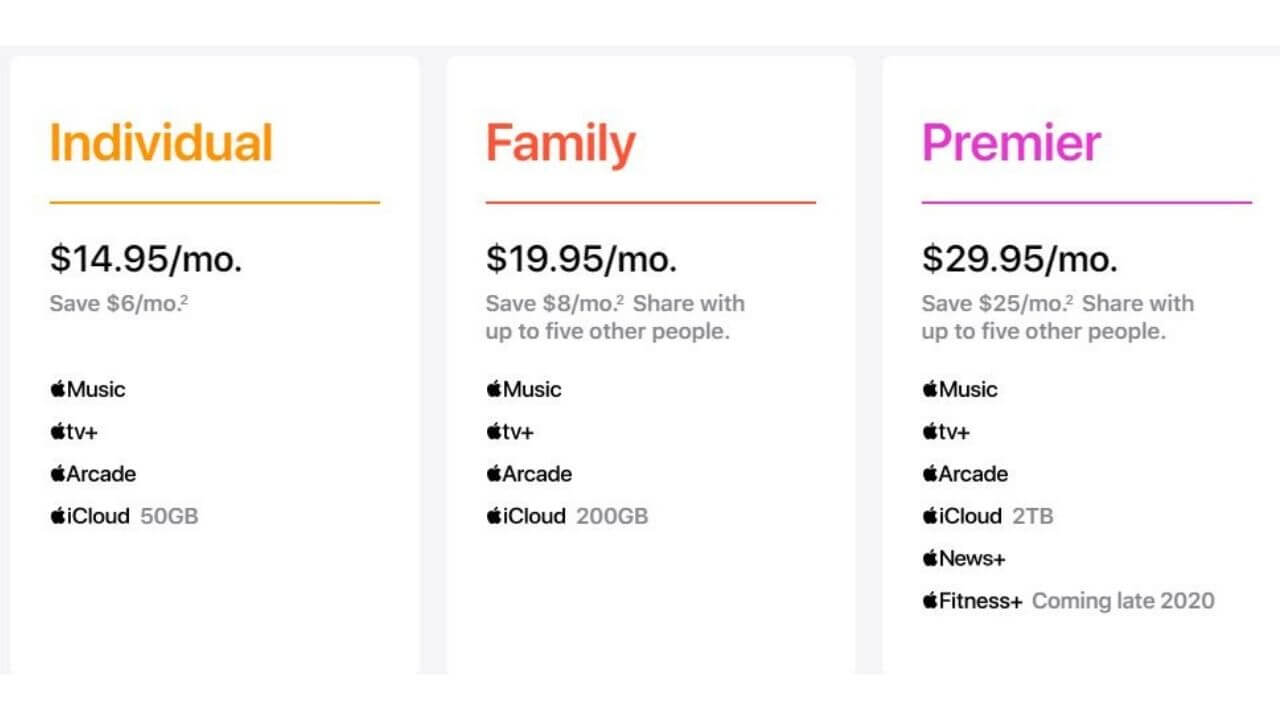 Apple One will be available on iPhone, iPad, iPod Touch, Mac, and Apple TV.

Three months of Apple Fitness+ are complementary for all the customers who buy Apple Series 3 or later, starting September 15, 2020. Moreover, there’s an exclusive opportunity to pick your preferred case and band combination for all the users who will buy directly from Apple.

How to make your own custom WhatsApp stickers

Apple watchOS 9 launched at WWDC: Here’s all you need to know!