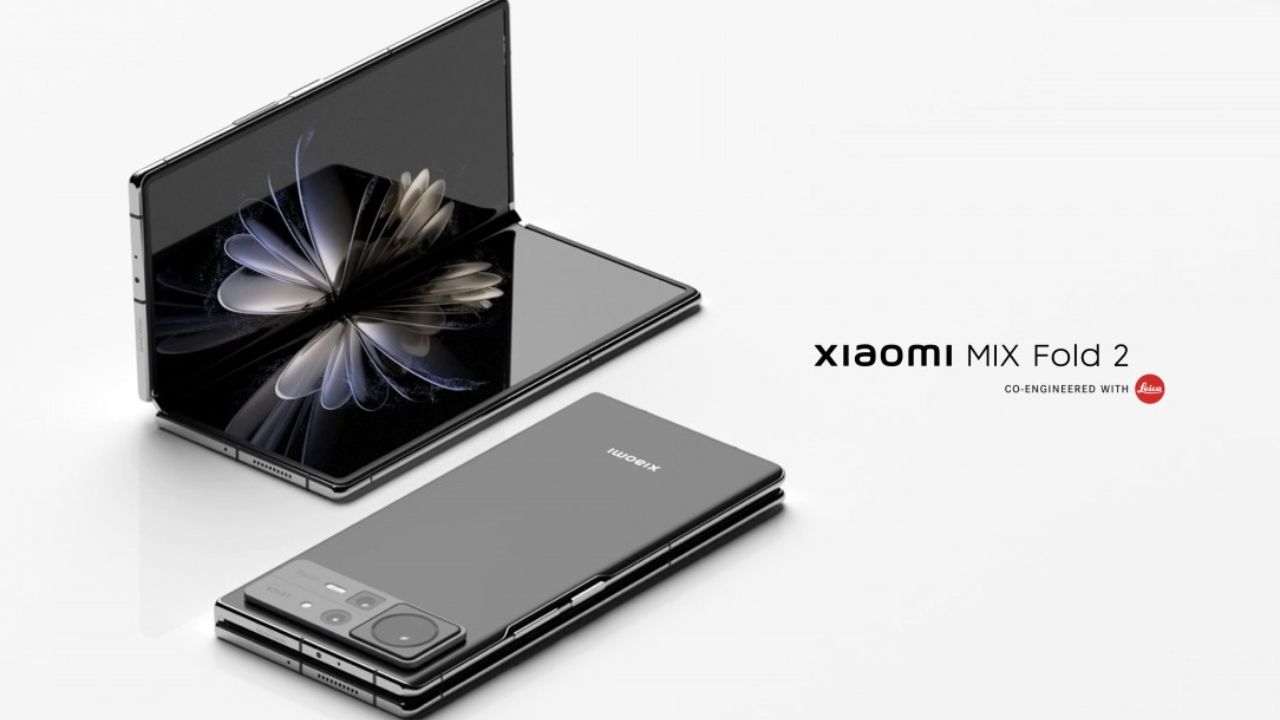 Xiaomi announced the 2nd generation of its foldable phone Mi Mix Fold a day after the launch of the Samsung Galaxy Fold 4. The Mi Mix Fold 2 is a premium phone with a slim foldable design and powerful Leica cameras. Xiaomi overhauled the design from the first generation and made this phone incredibly thin with an unfolded thickness of just 5.4mm. The Chinese tech giant claims that Mix Fold 2 is the thinnest foldable smartphone yet- but that’s not technically true. The Huawei Mate Xs 2 is fractionally slimmer, but that phone has a single screen and Xiaomi achieved the same thickness with 2 displays. Let’s take a deeper dive into the specifications of the Mix Fold 2.

The Mix Fold 2’s slimmer body is the most apparent change with a side-mounted fingerprint sensor. This foldable smartphone is 5.4mm thick when unfolded and 11.22 mm thick when folded which is pretty compact. Mix Fold 2 has an interior 8.02-inch LTPO 2.0 and an exterior display of a 6.56-inch AMOLED display. Both the displays have Corning Gorilla Glass Victus with a refresh rate of 120Hz and Dolby Vision.  The phone is powered by the flagship SoC Snapdragon 8+ Gen 1 which is also used in Galaxy Fold 4. The smartphone has a 4,500 mAh battery paid with a 67W charging speed.

The camera department has a rear camera setup featuring triple cameras, a 50MP IMX766 primary sensor, a 13MP ultra-wide camera, and an 8MP telephoto camera with 2x optical zoom. The triple rear camera has been tuned by Leica. The selfie camera is 20MP which is kind of a bummer as compared to other foldable smartphones in this price range. The punch hole selfie camera is on the outer display and no camera when you unfold it. That means if you want to take video calls or click pictures, you’ll have to close the display and use the small exterior display. While Samsung is trying to hide the under-display camera in Galaxy Fold 4, Xiaomi completely removed it zero disturbance in the unfolded display. The taskbar is at the bottom just like Fold 4 which gives it a PC like outlook and makes multitasking easier.

Just like the original Mix Fold, the Fold 2 is also launched in China only. Although, you want you can import Mix Mix Fold 2 to your country. However, when Xiaomi launches Mix Fold 2 in the global market, this foldable smartphone will give strong competition to Galaxy Fold 4.

There are 3 storage options available for Mix Fold 2 and these prices are conversions of Chinese rates which may vary when they are officially released in the US and UK.