OnePlus 7 Pro vs OnePlus 7T : Which one should you buy? 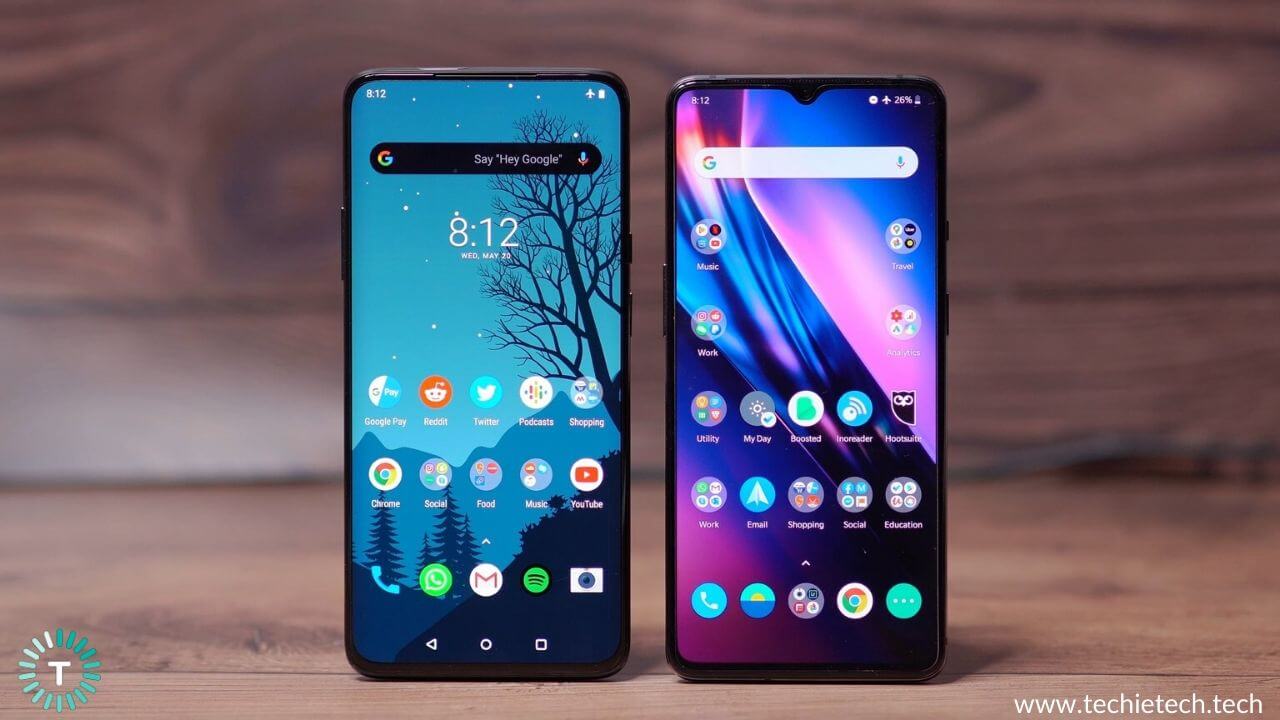 While the OnePlus 7 Pro marked the beginning of OnePlus stepping into a new direction, the OnePlus 7T was hints of the old OnePlus still being alive with a very cutting edge package at a reasonable price. Even though the OnePlus 8 and OnePlus 8 Pro have been released, the OnePlus 7T and 7 Pro are still widely available and excellent options, even in 2020. But how do they stack up against each other, let’s find out!

First things first, there are more similarities between these phones than differences. The processing power is basically the same, the software experience is the same, the photography experience is the same. So let’s separate out the differences and talk about them in this comparison video. Also, I have used both these phones for extended periods of my time as my daily driver so I speak not from a spec sheet but from experience. 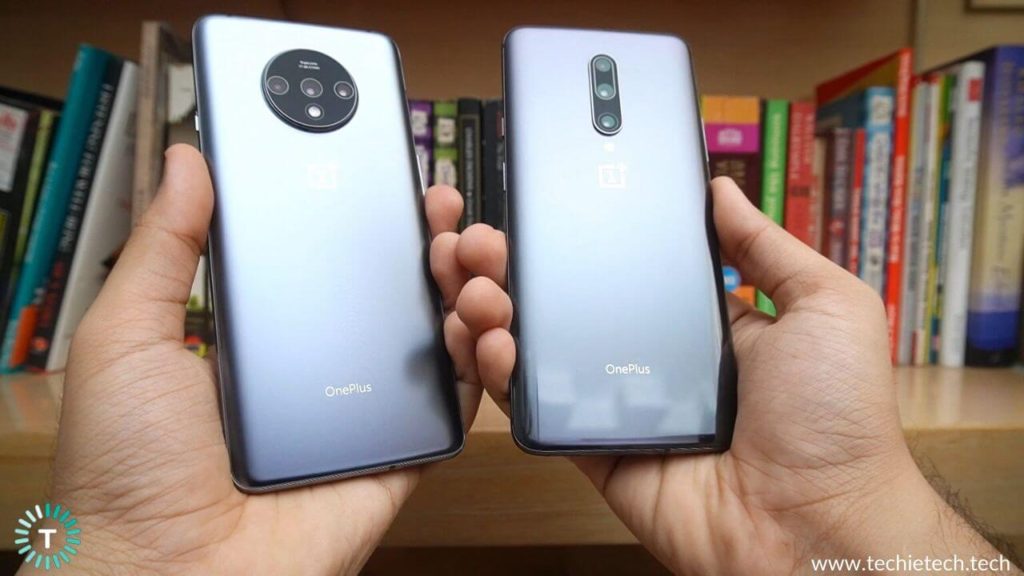 Let’s begin with the hardware. The OnePlus 7 Pro’s construction feels more premium in the hand with its curved back and front glass. It also has a certain heft to it which, while makes it feel heavy, also adds a touch of sturdiness. The OnePlus 7T, on the other hand, feels good but not nearly as premium. It’s much narrower which somewhat makes one-handed usage better but does not go all the way because of how tall it is. The large camera bump on the back of the OnePlus 7T is somewhat of a subjective trait, some love it and some don’t. I personally don’t mind it very much but at the same time I cannot deny that the OnePlus 7 Pro just looks and feels better. To summarise, the OnePlus 7 Pro feels like a very refined flagship in-hand while the OnePlus 7T feels like a very well built mid-tier smartphone.

Moving on to what is the biggest difference for me, the display. There is no clear winner here. Both are excellent 90Hz panels with the same resolution of 1440×3120. To my eyes, the colours and the overall quality on the OnePlus 7 Pro is better and the overall vibrance and saturation is just one step above the 7T. But, the 7T shines in practicality. The OnePlus 7T’s narrower display is not curved which makes using it so much easier, especially one-handed. The accidental touch rejection on the OnePlus 7 Pro is a hit or a miss and can sometimes get frustrating. This problem is non-existent with the flat display on the OnePlus 7T.

But then again, the OnePlus 7 Pro fights back with it’s clean, continuous display without a notch or a punch hole. I know it doesn’t make much of a practicality based difference but it just looks so much better. The tear drop notch on the 7T is very common in mid and lower tier smartphones which makes it a bit boring compared to the 7 Pro. Of course, this is a subjective opinion and you could have a different perspective but from where I stand, the OnePlus 7 Pro just looks and feels more unique even though it is a practical step-down in front of the OnePlus 7T. 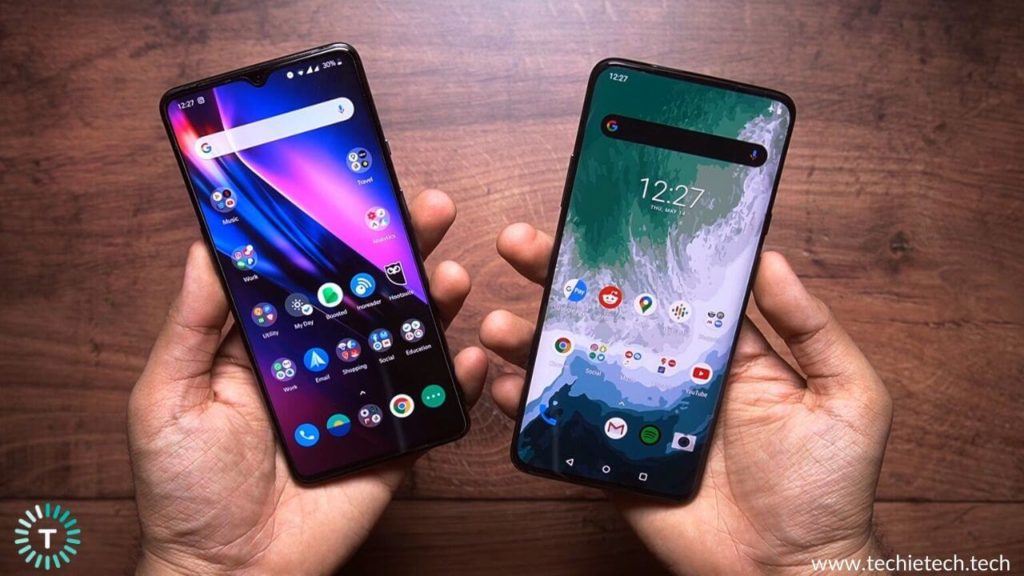 Performance and software are going to be the smallest sections here. Software experience is exactly the same, Oxygen OS which is fast, snappy, customisable and generally a much-loved Android skin. The OnePlus 7T has a Snapdragon 855+ compared to the 855 in OnePlus 7 Pro. While I haven’t noticed even a tiny bit of difference in performance, there might be some difference 2 or 3 years later so keep that in mind. 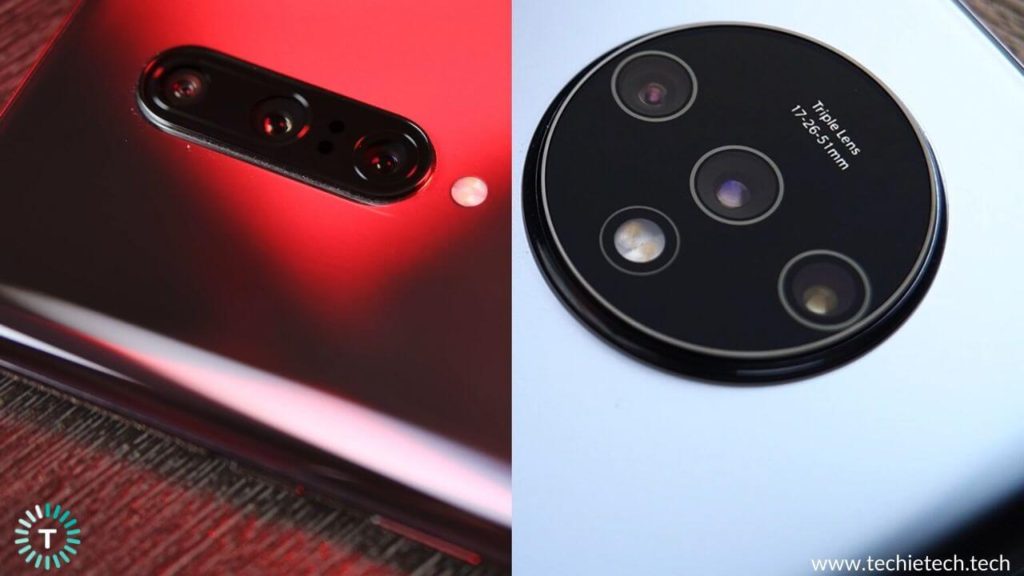 Other than that, both of these phones have super fast in-display fingerprint sensors which are reliable and get the job done. Both lack a headphone jack, both of them are dual sim, both of them don’t come with a type C to 3.5 mm dongle which is a bad move in my opinion. I have a friend who uses the OnePlus 7T and faces some issues with the proximity sensor from time to time although I personally haven’t faced these issues with either of the phones. 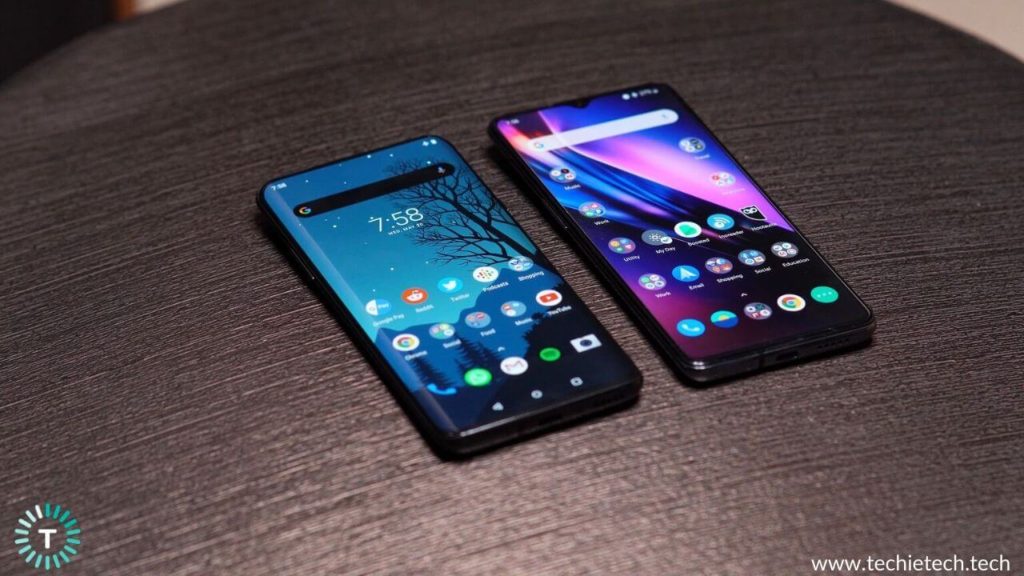 The battery life is another aspect which had a significant difference, but only initially. The OnePlus 7T had average battery life in the beginning which got better with updates and usage. The 7 Pro had amazing battery life initially which got slightly worse. So the graph of the 7T went up and 7 Pro went down to the point that they are now at an intersection with pretty much the same endurance for me. But all this doesn’t matter because of the insanely fast Warp Charging. The OnePlus 7T supports faster Warp Charge 30T compared to the 7 Pro but both are pretty fast and I won’t count it as a significant difference.

This is going to be a very conclusion. See both these phones are amazing and it is simply impossible to go wrong with either of them. They are just so perfect that the only major problem in making this video was choosing a winner. But we have to do that and it is the OnePlus 7 Pro. See, the OnePlus 7 Pro is not hugely more expensive now and the clean display along with the better screen quality and more premium in-hand feel just takes it home for the 7 Pro. But with that being said, I would re-emphasise that if the OnePlus 7 Pro is a 10/10 phone then the 7T is a 9.75/10. That’s how good both these phones are.

For any other questions, queries and discussion please use the comments section below.