OnePlus Nord 2 5G Launched: All you need to know 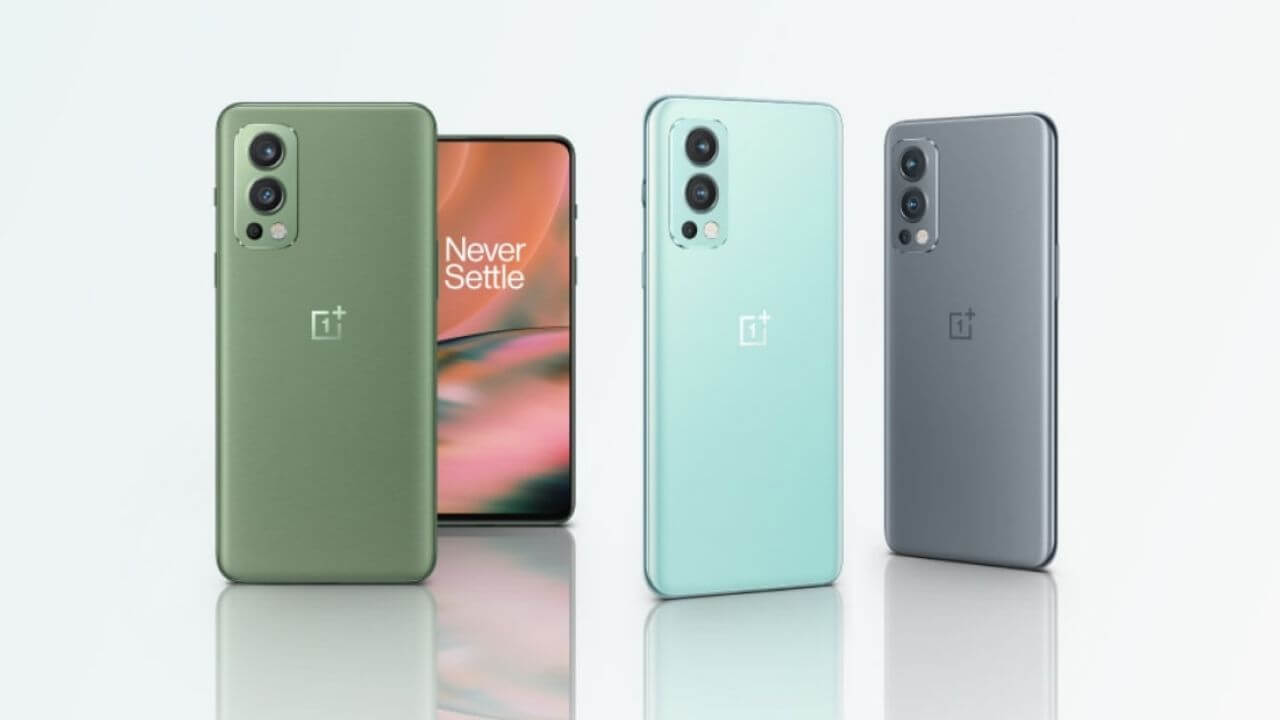 After months of speculation, and market rumors, the OnePlus Nord 2 finally made its official debut on July 22, 2021, in the company’s YouTube stream event. The OnePlus Nord 2 is the highly anticipated successor of last year’s OnePlus Nord. It is one of the best budget phones launched this year with some killer specs. OnePlus is offering flagship-like specifications in Nord 2 keeping the price in the mid-range budget. It won’t be bad if I term it as a “budget flagship killer.” The overall design and rectangular camera setup on the Nord 2 give the OnePlus 9 vibe to it.

Leaving back the usual Snapdragon processors, OnePlus has introduced MediaTek’s best chipset Dimensity 1200 AI SoC, for flagship-like performance in the Nord 2. All thanks to the dual 5G slots, and Wi-Fi 6 compatibility, you can experience blazing fast internet speed.

The OnePlus Nord 2 packs a 6.43″ AMOLED display with a resolution of 1080×2400 pixels (FHD+). Worth mentioning, the OnePlus Nord 2 features a 90Hz refresh rate and comes with HDR10+ certification. As far as the build is concerned, the new Nord 2 5G comes with a plastic frame and Gorilla Glass 5 on the front and back.

Let’s not forget, the Nord 2 5G is the first OnePlus phone to pack a MediaTek chipset. Prior to this most of its phones from OnePlus were running on Snapdragon processors (including the beefiest OnePlus 9 Pro). OnePlus claims that this processor is packed to offer users flagship-like performance. The latest budget phone will run on Android 11 and OxygenOS 11.3. OnePlus has also announced that it will offer two major Android updates and three years of security updates on Nord 2 5G. However, it didn’t mention any timeline for the same.

You’ll find an in-display fingerprint sensor and dual stereo speakers besides the charging port. Possibly a major setback for all the music lovers out there, there’s no audio jack in the OnePlus Nord 2.

The camera setup on the OnePlus Nord 2 looks similar to that of the OnePlus 9. With a 50MP Sony IMX 766 sensor on the rear camera setup, OnePlus Nord 2 gives you a somewhat similar picture quality as the OnePlus 9 Pro. The 8MP ultrawide Sony IMX 355 sensor and 2MP GalaxyCore GC02M1 sensor macro sensor do their job perfectly. Without a doubt, it is a feast for all mobile photography enthusiasts.

The OnePlus Nord 2 comes with a pretty big 4500 mAh battery. What’s more impressive is the inclusion of 65W Warp Charge support. The company claims that 15 minutes of Warp-speed charging is enough to give you a full day’s power.

If you’re an existing Amazon Prime or Red Cable Club member, you can get hands-on experience of the Nord 2 5G between 26th – 27th July 2021.  You can get it from the OnePlus Store app, Amazon, OnePlus Experience Stores, and oneplus.in.

OnePlus Buds Pro was also unveiled alongside the majestic Nord 2 5G. The company claims that the OnePlus Buds Pro will redefine the whole listening experience. It comes in two different colors (matte black and glossy white) with Smart Adaptive Noise Cancellation. According to OnePlus, the ANC can be adjusted to filter the external noise up to 40dB.

The Buds Pro from OnePlus can be charged wirelessly just by placing it on the back of the company’s beefiest flagship, the OnePlus 9 Pro. Also, you can charge it using a 65W Warp Charger. It is worth mentioning that the OnePlus Buds Pro is said to offer 10 hours of battery life with 10-minute of 65W Warp Charging. It will be available for purchase in the US region from September 1st this year at $149.

That’s all for now, do let us know what you think of this feature-packed mid-range OnePlus phone by commenting below.