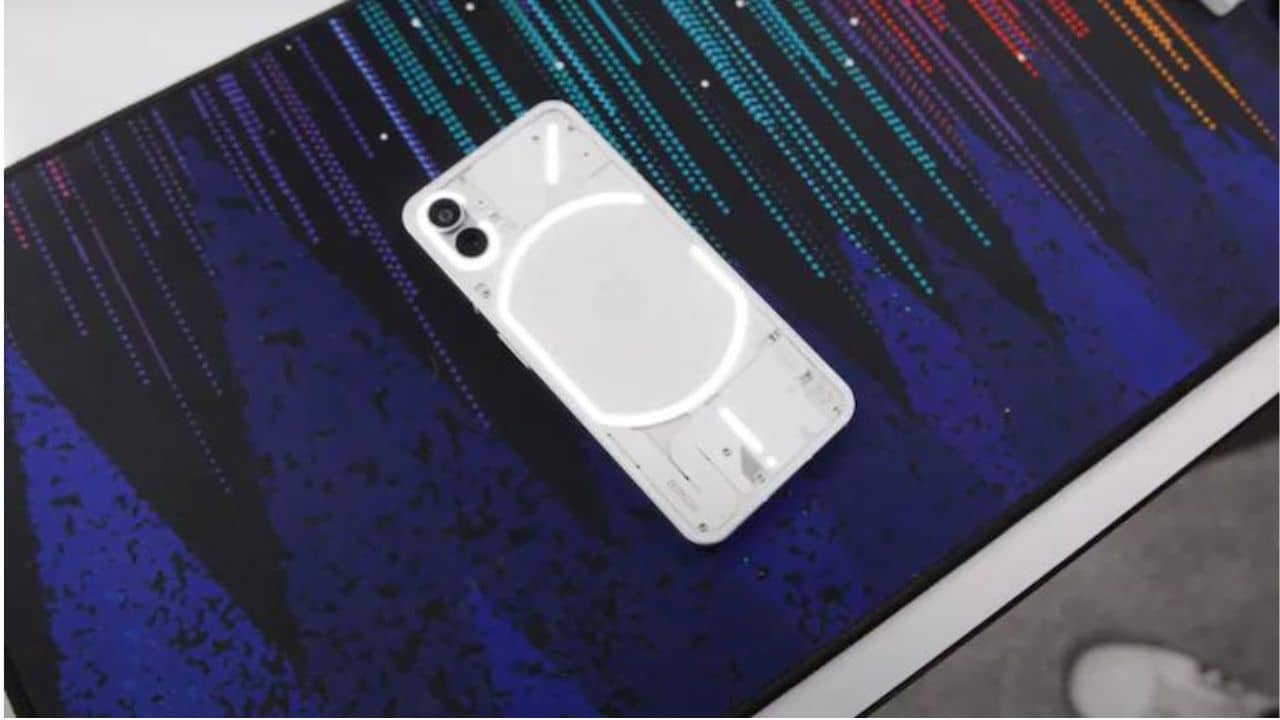 Nothing Phone (1) is set to hit the shelf on 12th July 2022. While the device is yet to launch, the company is all aboard the hype train, revealing some impressive details in bits & pieces. The official launch is a month away but a famous YouTuber Marques Brownlee, aka MKBHD, unveiled the features in full glory.

The video revealed both front and rear panels of the device and we got a detailed look at the design with a dual rear camera setup. The first thing that comes to mind is the stark resemblance with iPhone 12. But, the features and rear panel lighting make Nothing Phone (1) look unique in terms of design.

What makes Nothing Phone(1) different?

Nothing Phone (1)’s rear panel is what makes it stand out from the rest of glass slab smartphones. The back panel lighting on the back of the phone is called the GLYPH user interface. This feature will let users control the lights on the rear panel in different ways.

There are 900 LEDs that cover the camera module, with one exclamation-looking mark near the charging point. There are 2 more lightning panels which are in the wireless charging pads and one diagonal stripe in the upper right corner.

The GLYPH Interface has a lot of functions and customizations in the setting. Users will be able to manage all the light arrangements of Nothing Phone(1) using this feature. Users will be able to synchronize ringtones, phone sounds, and blinking lights when they want to keep the phone silent. For now, the phone offers 10 ringtones that are synced with rear light panels.

Another feature is the light bar near the charging port indicates battery level while charging. The bar would turn off after some seconds but it can be stimulated when the user shakes or jiggles the phone.

With that being said many other specifications are yet to confirm in the launch. Nothing Phone (1) is very likely to have the Snapdragon 8 Gen 1 chipset or the Snapdragon 778G. It will ship with Nothing OS, their Android-based operating system. The company claims that it will provide the best alternative ecosystem compared to Apple. Phone (1) is expected to have a 6.55-inch OLED display with HDR10+ support and a 90Hz refresh rate.

People are saying Nothing Phone (1) will be the “ iPhone of Android” but it will be interesting to see how users will respond to it after the launch.

Let us know in the comments what are your thoughts on this unique feature from Nothing Phone(1)!

Best Monitors for Microsoft Surface Pro and Surface Laptops in 2022