macOS Monterey: All you need to know 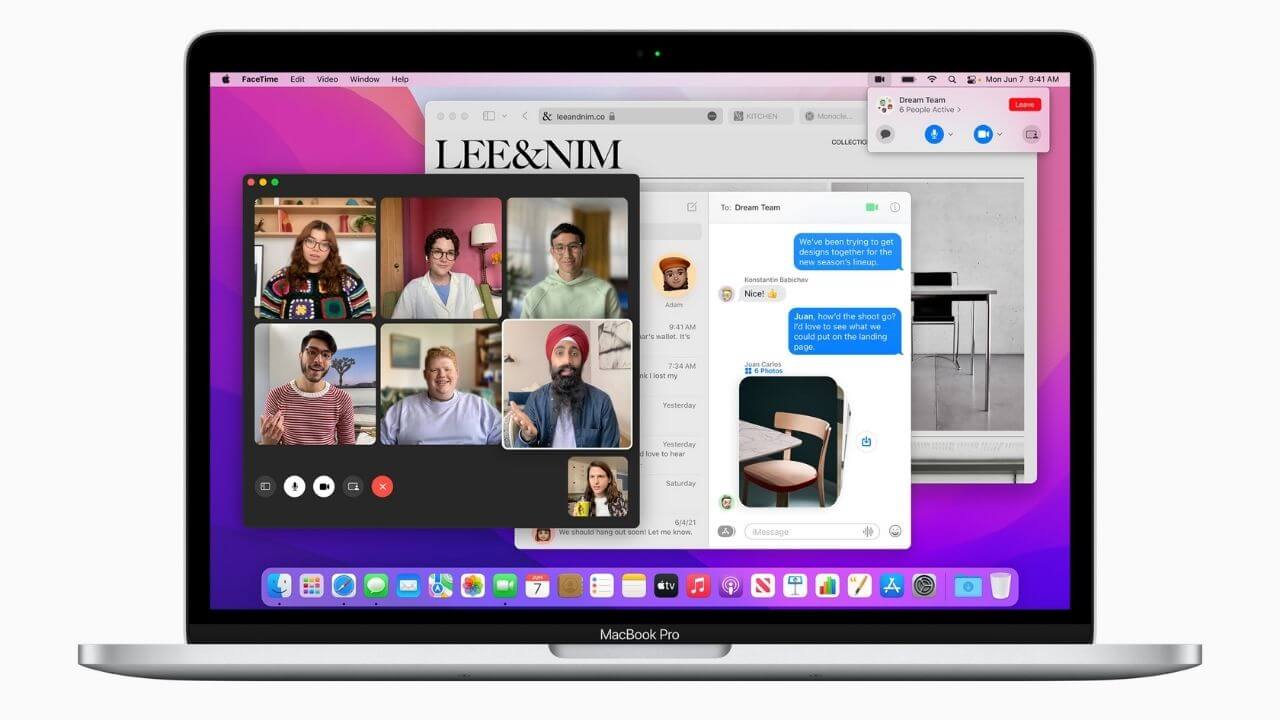 Apple announced macOS Monterey, the latest OS for Macs and MacBooks, at its virtual WWDC21 held on 7th June 2021. macOS Monterey brings new additions like Universal Control, SharePlay, Quick Note, Live Text, and several other features. Besides, Apple has decided to revamp the existing features with some impressive improvements in apps like FaceTime, Messages, Notes, Maps, and others.

We’ve already shared details on iOS 15 and iPadOS 15. Now, let’s get to know Apple’s latest OS for Macs and MacBooks.

Right now, macOS Monterey is available to download as a developer beta. The update is coming to public beta testers in July. Like the usual, the official release of the stable version will take place later this year, somewhere around November.

To check if your Mac or MacBook is compatible with the latest macOS Monterey, refer to the list of supported devices mentioned below.

macOS Monterey brings support for a new feature called Universal Control to its users. It’s an interesting addition that allows you to use a single mouse and keyboard to work and switch seamlessly between your Mac and iPad. This could be one of the best features of macOS Monterey. You can easily move your cursor from your Mac to your iPad, type on your Mac, and watch the words show up on your iPad. Besides, you can even drag and drop content between iPads, Macs, iMacs, and more. Impressively, this feature doesn’t require any additional setup. Just place the devices next to each other and move your cursor seamlessly between them.

macOS Monterey also brings the power of AirPlay to Mac. You can share, play, or present content from another Apple device to the bigger display of your MacBook. Besides, you can also use your Mac or MacBook as a speaker or video output.

Apple has added several new features to the FaceTime app to make it more interactive, comfortable, and natural. Just like iOS 15, macOS Monterey also adds support for Spatial Audio and Voice Isolation to FaceTime. It also adds the Wide Spectrum feature which boosts all ambient sounds as well as voices. Inspired by the Portrait mode on the iPhone and the power of the M1 chip, macOS Monterey users can now blur their background and bring the focus entirely on themselves.

Impressively, you can now invite your family and friends to connect on FaceTime even if they’re using Android or Windows devices.

Furthermore, macOS Monterey has got an interesting feature, SharePlay, where you can listen to songs in sync via Apple Music, watch movies and TV shows together, or share your screen to show how you use a certain app. This feature will work across iPhone, iPad, as well as Mac.

Shortcuts are also coming to the macOS Monterey users. They will allow you to automate everyday tasks and save time. You can create your own shortcuts, use the prebuilt ones from the Shortcuts gallery, and even share shortcuts with your friends. Shortcuts can be triggered from the Dock, Menu Bar, Finder, Spotlight, or even with Siri.

macOS Monterey has got a new feature, Focus, which is more like the “Do not Disturb” setting for Macs and MacBooks. Focus will automatically filter notifications based on your current activity. You can pick from a list of suggested Focus options or even create your own. When you’re using Focus, your status will be displayed in Messages and will notify others that you don’t want to be interrupted. However, if there’s anything urgent, there’s still a way for others to notify you.

If you’ll create Focus on one device, it will automatically work across all your other Apple devices.

Safari has been redesigned for macOS 12 Monterey to make it more immersive and customizable than ever. With the new tab bar design, tabs are now more compact and take on the color of the site you’re on. You can use the search box to find certain websites. Floating tabs have been combined with the Smart Search field so that you can access powerful Safari features with the click of a tab. You can save and organize your tabs, name the tab groups, and can easily switch between them. When you make a change on a Mac, the groups on iPad and iPhone will also change.

The Notes app has been improved and Apple is also introducing the Quick Note feature to the Notes app. Now, users can jot down ideas from any app or website, no matter where they are or what they’re doing on your Mac. It’s like writing a note directly on whatever app you’re working in. You can add links, tags, and more to a Quick Note. Multiple people can work on notes and can add their own comments. There’s a new Activity View that lets you see what others have added to your shared note.

Apple also introduced iCloud+ for its devices. It’s an all-new subscription that keeps your data safe, up to date and accessible across all devices. iCloud+ has got new features, including iCloud Private Relay, Hide My Email, and expanded HomeKit Secure Video support.

Similar to iOS 15, macOS Monterey brings a new Live Text feature that allows you to scan text inside a photo, screenshot, or web image and copy it into a document, or even translate it. Furthermore, macOS Monterey brings several improvements and additions to Maps, including an interactive 3D globe with enhanced details, new transit features, and dark mode maps. Photo collections have been introduced in the Messages app that displays multiple images as a collage that you can swipe through. With the latest macOS Monterey, the content sent to you over Messages will automatically appear in a new “Shared with You” section in the corresponding app.

Samsung’s Galaxy Unpacked event to be held on August 10: Here’s what to expect

OnePlus Nord 2 5G Launched: All you need to know