Apple’s Spring Loaded 2021 Event: All you need to know 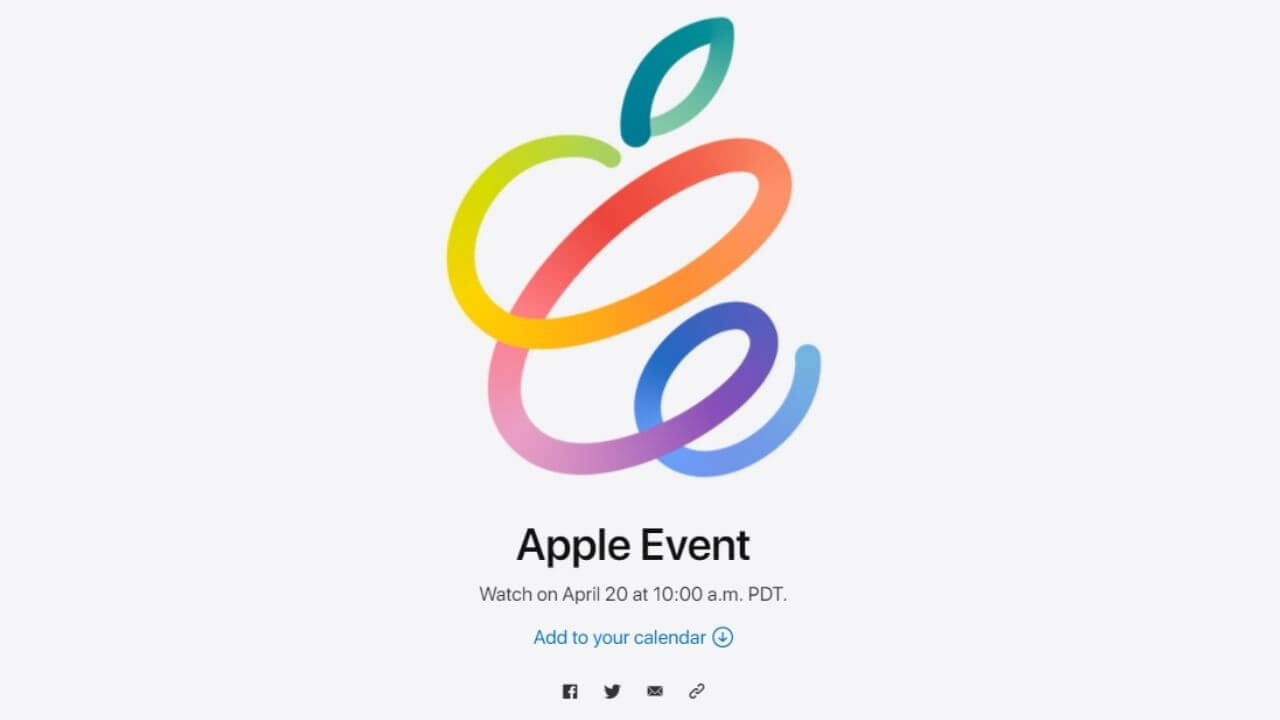 Apple is all set to launch its first set of products for the year at its “Spring Loaded” event on April 20, 2021, at 10:00 AM Pacific Time. Just like the 2020’s events, this April 2021 will also be a virtual event due to the ongoing COVID-19 crises. Apple’s “Spring Loaded” event will take place and streamed directly from the Steve Jobs Theatre at the Apple Park headquarters in Cupertino, California. Apple’s Siri had revealed the date of the April 2021 event ahead of the official news. Following the leak, Apple made an official announcement on April 13, confirming its April 2021 event.

Apple is expected to launch several products this year, and this April 2021 event has got a lot on its horizon. Firstly, it’s expected that Apple will refresh its iPad lineup with a new iPad Pro model, accompanied by an iPad Mini and a much-awaited low-cost iPad model. Joining the lineup of expected products are the redesigned iMacs and an update to the Apple TV. Besides, we can also see some new iPhone and Watch cases. Also, there are rumors regarding the launch of AirPods 3 at the event.

Here’s all that you should know about Apple’s “Spring Loaded” April 2021 event.

Talking about one of the leading rumors of the Apple Spring 2021 Event is that the company is expected to release a new 12.9” iPad Pro with a new mini LED-backlit display and camera improvements that will enhance the overall experience. Besides, there’s an 11-inch model coming too.  For the very first time, the new iPad Pro is expected to feature Thunderbolt connectivity. If this is true, it will open a door for new iPad Pro accessories. Besides, the latest iPad Pro model is expected to be powered by a new A14X chip that’s as fast as the Apple M1 chip on the new MacBook Pro, MacBook Air, and Mac mini models.

We might also see a low-cost iPad model, but it may take a little longer than the 2021 Spring event.

The much-awaited AirTags could finally hit the markets with the Apple Spring 2021 event. AirTags are Apple’s Tile-like Bluetooth tracking tags that can be attached to important items like wallets and keys, and help them to be tracked via the Find My app on your Apple devices.

The company has recently announced that the Find My Network now supports third-party accessories like Chipolo item tracker, Belkin earbuds, and VanMoof e-bikes.

We might also see redesigned iMacs at Apple’s Spring Event on April 20, 2021. The newer iMacs may feature thinner bezels just like the Pro Display XDR. Besides, it can have a larger screen and the Apple Silicon chip as the latest MacBook models. We’re not sure when the iMacs are coming, but April 2021 can be seen as a great possibility.

It is rumored that Apple is planning to release a new version of its AirPods, namely AirPods 3. This latest version of Apple’s wireless earbuds would look similar to the AirPods Pro with shorter stems and included silicon tips. However, AirPods 3 are expected to launch with the Active Noise Cancelling feature. Believing the rumors, we might expect these latest AirPods at Apple’s Spring event.

At its Spring event, Apple tends to show up with some new accessories for iPhone and Apple Watch. It seems the company is planning to continue the trend. An image of the news iPhone case colors has been leaked on Twitter. Apple is using poetic names for the new iPhone case colors, including Amethyst, Pistachio, Capri, and Cantaloupe.

The “Spring Loaded” event will be streamed live at Apple’s official website, YouTube handle, and the Apple TV application on iPhone, iPad, and Mac.

What do you think has Apple planned for this April 2021 event? Which product are you most excited about? Share your views with us, in the comments section below.