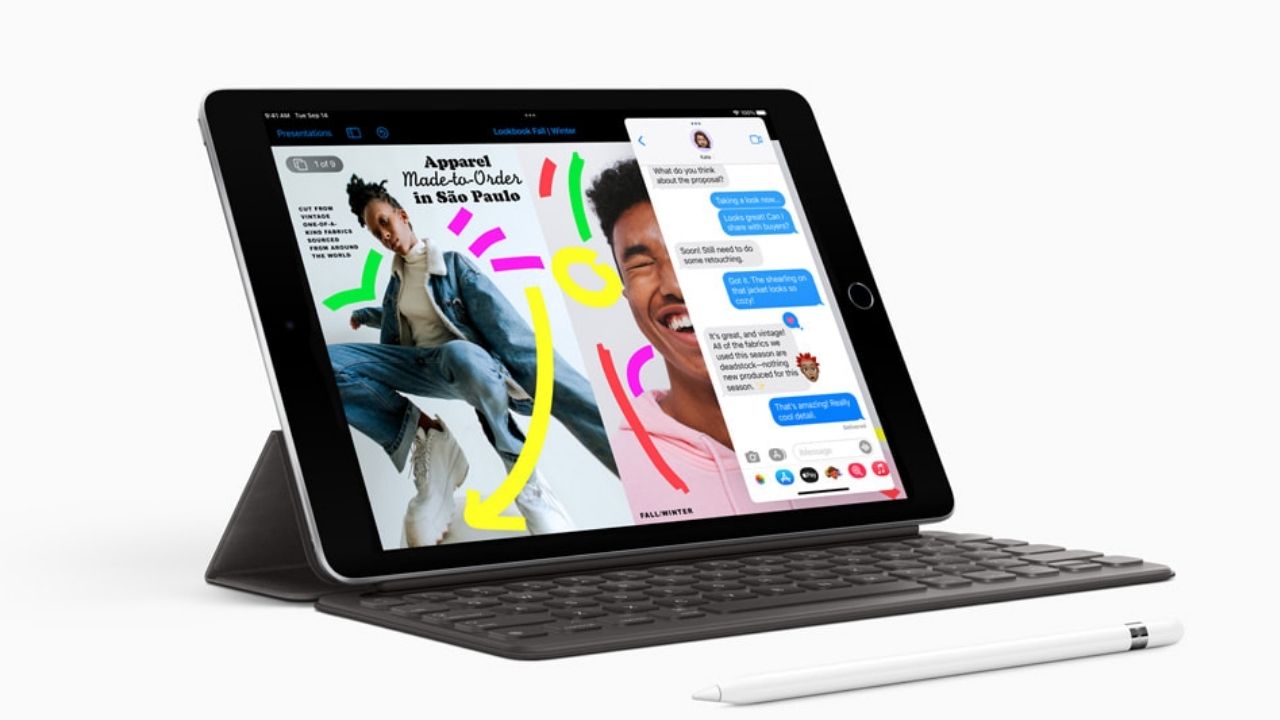 Apple has introduced the latest iteration of its entry-level iPad at the September 2021 event. It’s the newest version of the 10.2-inch iPad that was introduced last year. The 2021 model looks quite similar to its predecessor, but there are a few tweaks under the hood. The 8th-gen iPad got a major jump in performance with the A12 chip. Now, the newest gen iPad is all set to take that performance a notch higher with the faster A13 Bionic chip. Impressively, the latest iPad is priced the same as the 2020 model, even though the base storage is doubled up.

The latest iPad 2021 will run on iPadOS 15 that brings a host of improvements and features, including Live Text, Maps upgrades, FaceTime improvements, and much more.

The company has also unveiled the new iPad Mini 2021 and Apple Watch Series 7 alongside the latest iPhone 13 Series at the same event.

Here’s what the newest generation of iPad has got for its users.

The 9th-gen iPad features a 10.2” Retina Display with 500 nits of brightness and True Tone for the very first time. That means, unlike previous models, the display of the new iPad will be adjusted to suit the ambient lighting. Apple’s latest tablet is packed with the A13 Bionic chip that promises to boost performance by up to 20 percent as compared to the previous models. Besides, the company claims that the 9th-gen iPad is up to 3x faster than the best-selling Chromebooks and up to 6x faster than the best-selling Android tablets. That’s not all. This Apple-designed tablet is packed with next-level Machine Learning capabilities. All the credit goes to the A13 Bionic Chip with Neural Engine.

Just like the recently-launched iPad Mini, the 9th-gen iPad has got a big camera update. On the front, there’s a 12MP Ultra-Wide camera with the Center Stage feature. That will automatically pan the camera to keep the subject on the center of the frame when you are on a video call. If another person joins in the conversation, the view will be adjusted automatically to focus everyone on the screen. On the rear panel, you’ll find the same 8MP snapper.

The new 10.2” iPad starts at $329 and $459 for the Wi-Fi only and LTE models, respectively. This clearly states that it’s the most affordable iPad sold by Apple right now. You get to choose from 64GB and 256GB configurations, which are available in Silver and Space Gray finishes. Just like its predecessors, the latest iPad will support 1st-gen Apple Pencil ($99) and Smart Keyboard ($159).

The iPad 2021 model is already up for pre-orders on apple.com and Apple Store app. It will be available from Friday, 24 September 2021.

What do you think about the iPad 2021? Do share your thoughts with us in the comments section below.