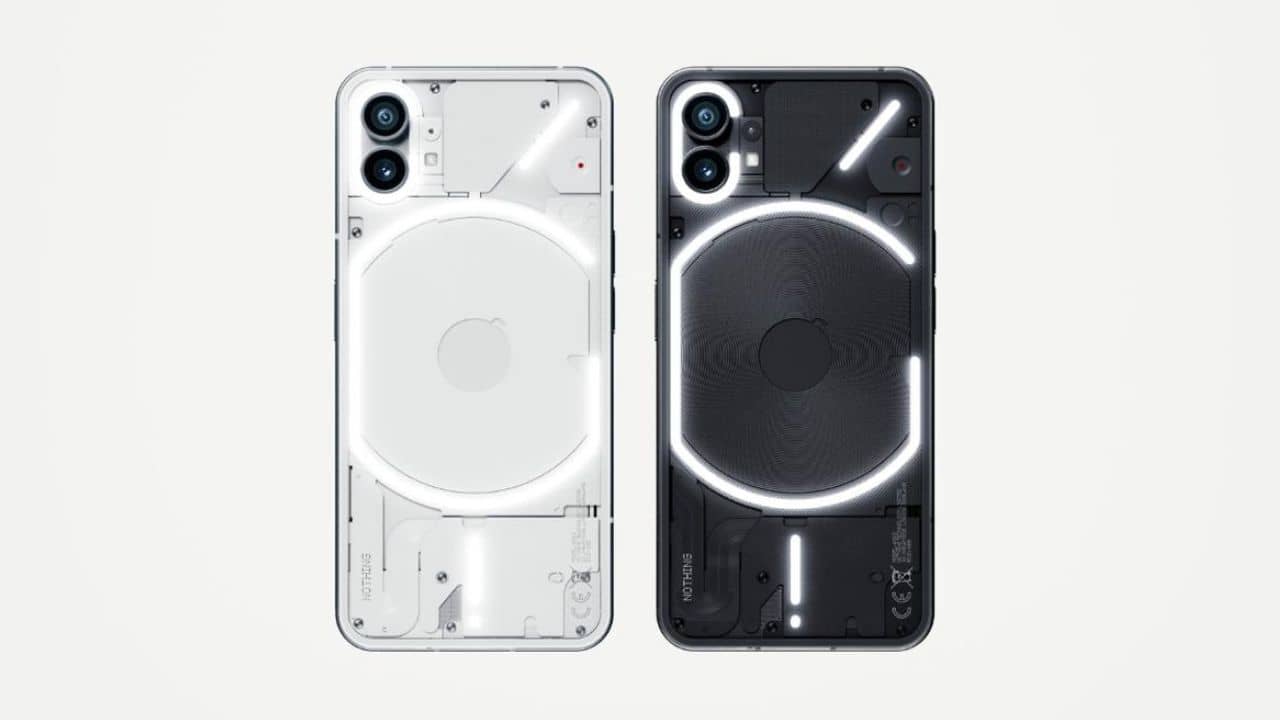 The much-hyped Nothing Phone (1) has officially launched at a launch event on 12 July in London. Unveiled by Carl Pei the founder of Nothing, the Phone (1) is the second product of the company after Nothing Ear (1) buds that were launched last year. The smartphone is available in two color options Black and White.

The Nothing Phone (1) is an Android with a Qualcomm Snapdragon 778G+ chipset with a 6.55-inch flexible OLED display with a 120Hz adaptive refresh rate (60Hz to 120Hz). The display offers a peak brightness of 1200 nits. The Phone (1) is available with 8GB RAM and 128 GB storage, and a 12GB RAM and 256GB storage variant. The smartphone comes with IP53 water resistance, an in-display fingerprint sensor, dual stereo speakers, and Face  ID unlocking features. The phone is powered by a 4500 mAh battery, 33W wired fast charging, and 15W Qi wireless charging support.

The Nothing Phone (1) runs on Android OS with its Nothing launcher. The company promises 3 years of Android updates and 4 years of security patches every 2 months. The camera setup sports a dual camera with a 50MP main camera with an ultra-wide 50MP sensor with Macro capabilities. The front-facing camera is a 16MP camera with a night-time shooting feature. The phone can record videos up to 4K at 30 fps & 1080p video at 30/60 fps.

Also read: Unable to update apps in Play Store? Here are Top 14 Ways to Fix it

The stand-out feature of Nothing Phone (1) is the lights on the back. There are over 900 LEDs creatively positioned on the backside of the phone. The back panel lights are highly customizable and can help you notify when a particular contact rings or messages you. You can also use it to check on the battery life of the phone when reverse charging is in use.

Nothing Phone (1): Price and Availability