Nanoleaf launched a new lineup of Smart lights at CES 2023 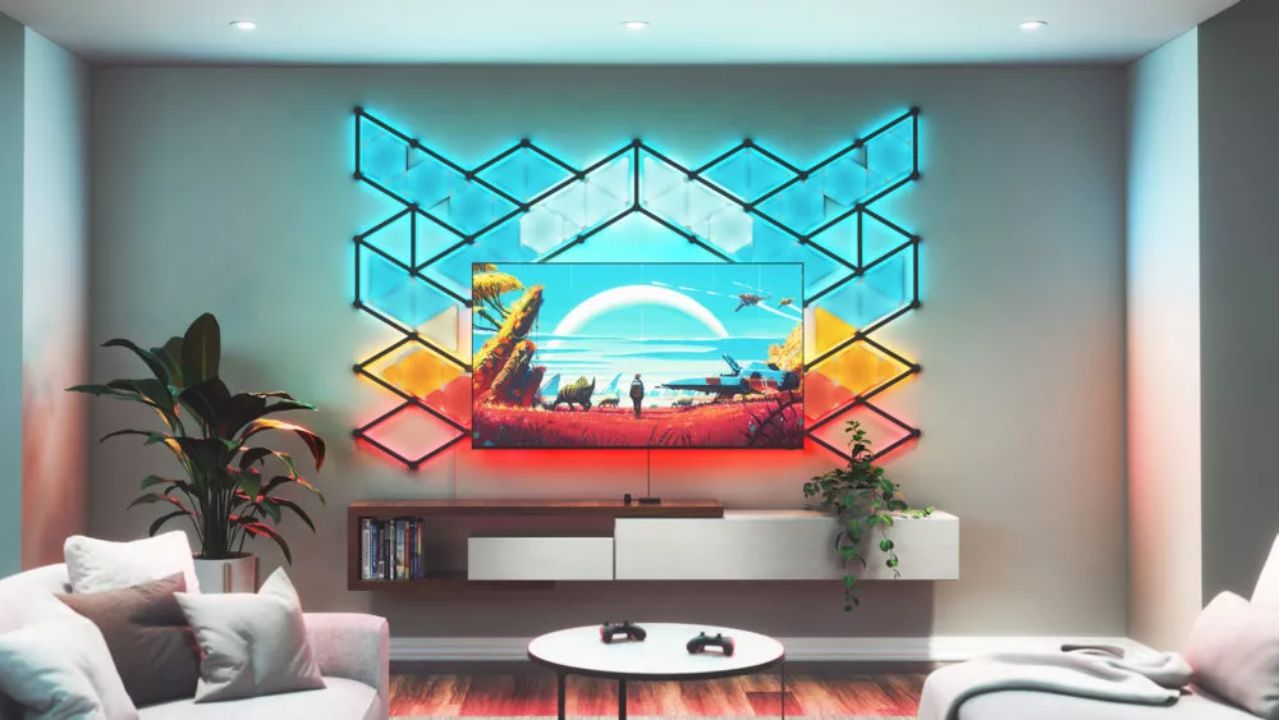 Nanoleaf is finally ready to take over your smart home lights with the new lineup launched at CES 2023. Amongst numerous products announced, the highlights basically include the new Nanoleaf 4D TV Smarter kit, Skylight, and the Nala Learning Bridge which basically works as a hub connecting all of its products together. The Toronoto-headquartered lighting company also announced that most of its lighting panels (Shapes, Elements, Canvas, and Lines) will also be Matter upgradeable later this year. However, the most exciting addition along with Nanoleaf 4D was the Nanoleaf Skylight. The Skylight will mount onto your ceiling to provide an impressive array of light shows. It’s also completely modular and can be arranged into a variety of shapes to fit every space in your home.

Nanoleaf 4D is a lighting system composed of a Screen Mirror Camera that mounts on top of or below your TV screen. It watches what is playing on the TV to extend the colors and brightness changes beyond the television’s border and onto the wall behind it. This is done by pairing the camera, a new Sync+ technology, and a Matter-compatible LED light strip with 50 addressable lighting zones. By combining this smart device everything you watch on your TV becomes instantly expanded to the light panels, thereby delivering a more immersive experience. The Nanoleaf 4D Smarter Kit is expected to launch in the second quarter of 2023 with two kit options for televisions 55”-65” and 70”-80”, the pricing has not been announced yet.

An early sneak peek at "Nanoleaf Skylight", the first ceiling light with all of your favorite Nanoleaf features: Dynamic Color Scenes, Rhythm Music Visualizer, and much more! #CES2023 pic.twitter.com/RfkiV7daMU

Adding a skylight to your home can be daunting for many people. But Nanoleaf is utilizing its experience in lighting panels to offer a new way of experiencing the feeling of natural lighting and more coming from above you — and it’s called Nanoleaf Skylight. These large square light panels can produce a range of natural lighting in addition to over 16 million colors for the perfect lighting ambiance. Like other Nanoleaf panels, these Skylight panels can be arranged in various ways to suit your home’s aesthetic best. These can, of course, be used with pre-set scenes and custom ones you design on your own, sync to music, and even come with Sense+ sensors to enable motion detection and ambient lighting changes.

Also read: Best Apple HomeKit devices you should Buy in 2023

Say hello to the future of smart lighting👋 #CES2023#nanoleaf pic.twitter.com/hA0fEakobj

The New Sense+ Controls bring both hardwired and wireless controls for your lights. In addition to powering your lights off and on, you can also change the brightness level and the pre-set scenes. These lights also detect motion so you don’t have to look for switches in the dark. The new Nala Learning Bridge is helping to tie these lights and other Nanoleaf products with this Hub. In addition to being a Thread Border Router, it can also be a night light by offering a light-color-changing glow. All this magic happens thanks to “Nala”, the Automations Learning Assitant. Nala is designed to “learn” your lighting preferences and routines to understand better how and when you like your home illuminated. The purpose of Nala is to understand your lighting patterns over time so that Nanoleaf lights will always be just the way you like without you needing to do anything.

Refreshed Bulbs and Lightstrips with Matter

To upgrade the lineup of existing products Nanoleaf will be launching a Matter-supported version of its popular smart lights and new-bulb types too. The Essentials Matter-certified Bulbs and Lightstrips will be the first to launch this in the first quarter of 2023. For the existing Nanoleaf customers, the full lineup will be getting Matter support via software updates.

That’s all for now, to know more about the new-age tech products launched at CES 2023, check out TechieTechTech.

Also read: Best Smart Speakers you can Buy in 2023