How to edit a sent Message on iPhone and iPad? 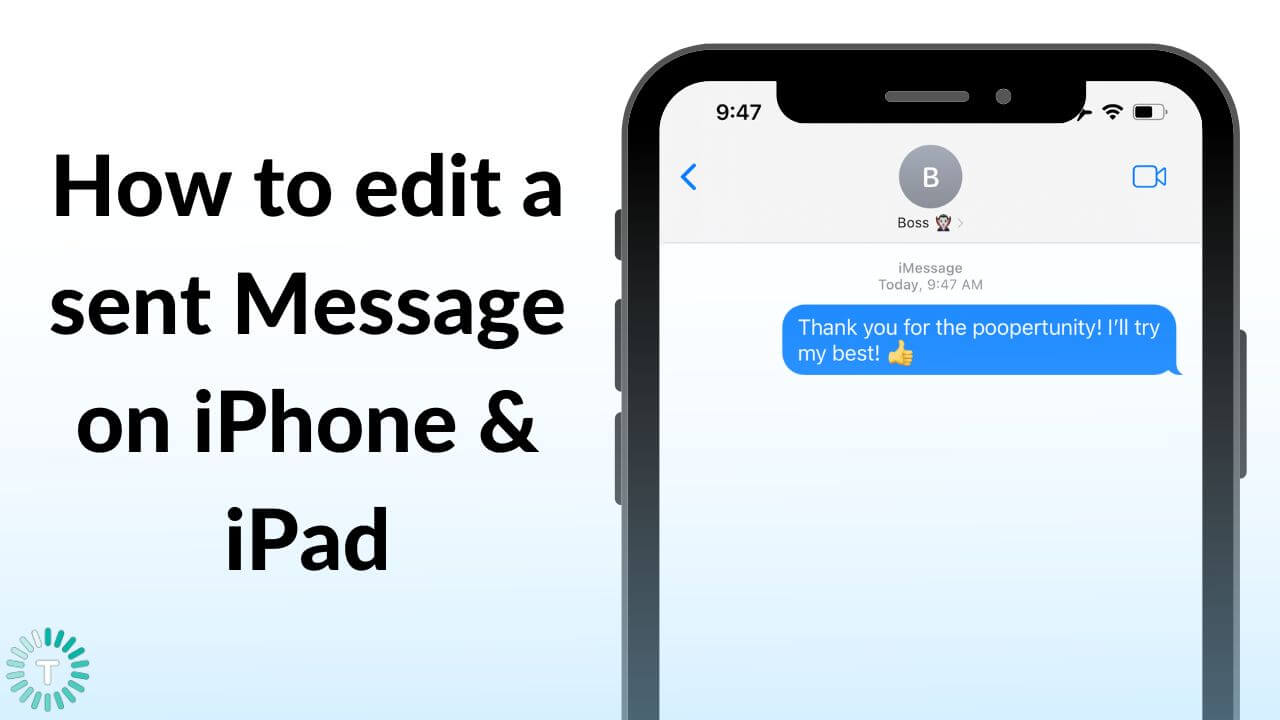 Introduced at WWDC 2022, the latest iOS 16 brought a much-awaited feature to the Messages app that allows users to edit a sent message on iPhone and iPad. Therefore, you can now avoid those embarrassing situations by fixing typos and other mistakes you didn’t notice while hitting the send button. In addition, Apple has added “Undo” and “Mark as Unread” options for iPhone and iPad users. It means you can also undo a message you’ve mistakenly sent to an unintended contact. These features will come in handy when you’re chatting with multiple contacts or are in the middle of some important work and you get a message on your iPhone.

While some third-party messaging apps for iPhone and iPad allow you to edit sent messages, it’s a nice and handy addition for iMessage users.

In this article, we’ve mentioned how to edit a sent iMessage on iPhone and iPad along with the limitations that you must know before using this feature.

Disclaimer: iOS 16 is currently in Developer Beta, with the free Public Beta arriving in July and the final release in September 2022. Therefore, this feature & tutorial are subject to change.

Edit iMessages on iPhone and iPad

Things to know before your edit iMessage on iPhone or iPad

The ability to edit an message is introduced in iOS 16, iPadOS 16, and macOS Ventura on all the supported devices. Although it’s a supremely useful and much-awaited addition, there are certain limitations on editing delivered Messages on Apple devices.

How to edit a sent iMessage on iPhone and iPad?

1. On your iPhone running iOS 16, open the Messages app.

2. Go to the conversation and message that you want to edit. 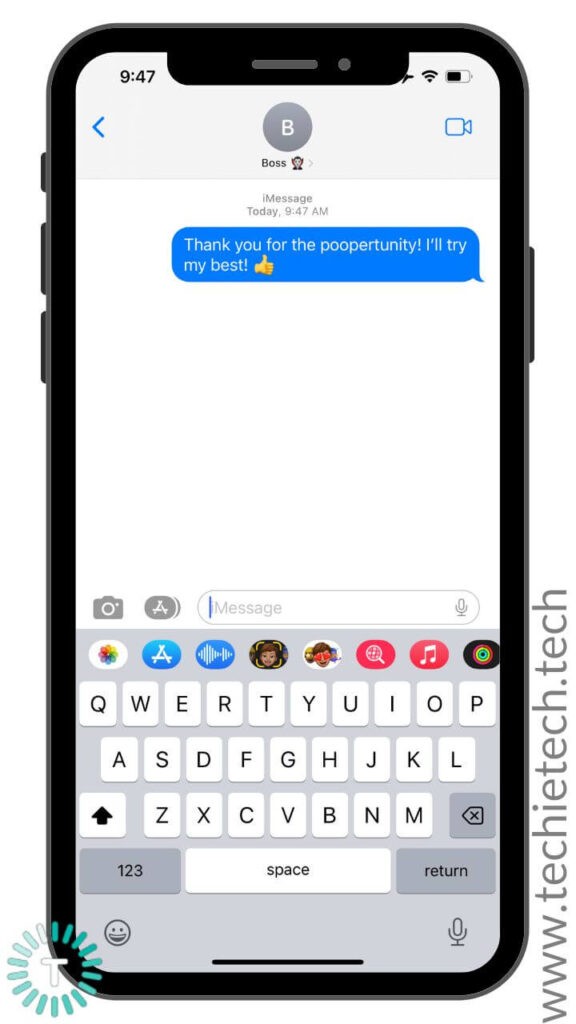 3. Long-press that iMessage and tap Edit. 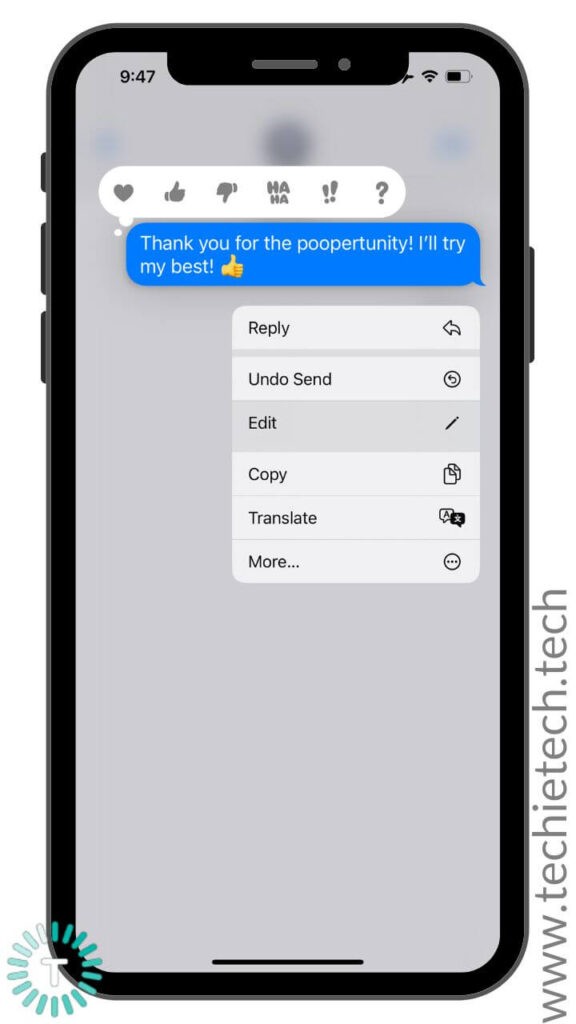 4. Edit your message and tap the Blue checkmark icon. 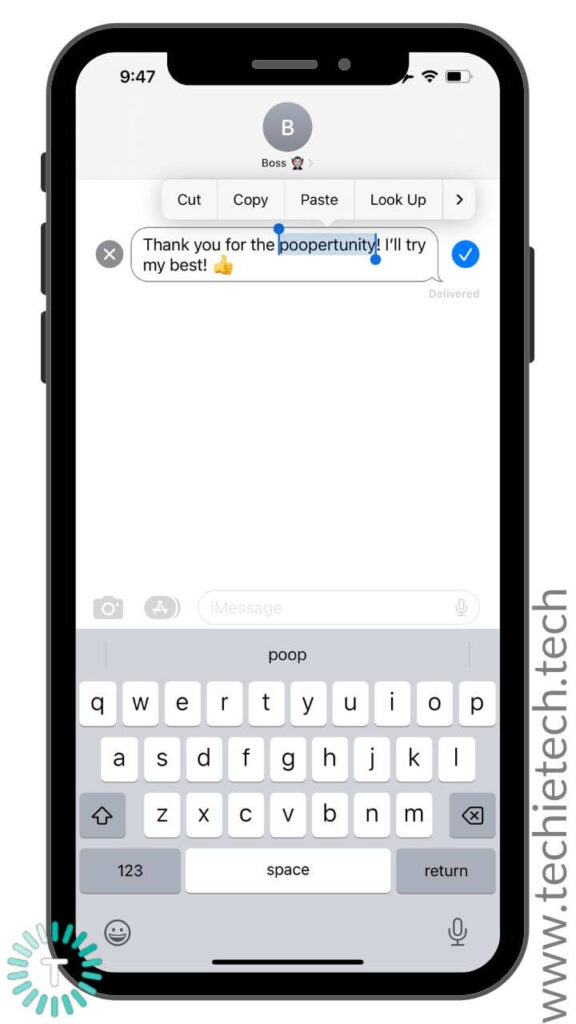 5. The recipient will see the “Edited” tag under the message. The iMessage doesn’t save message history so you won’t be able to see the old messages. 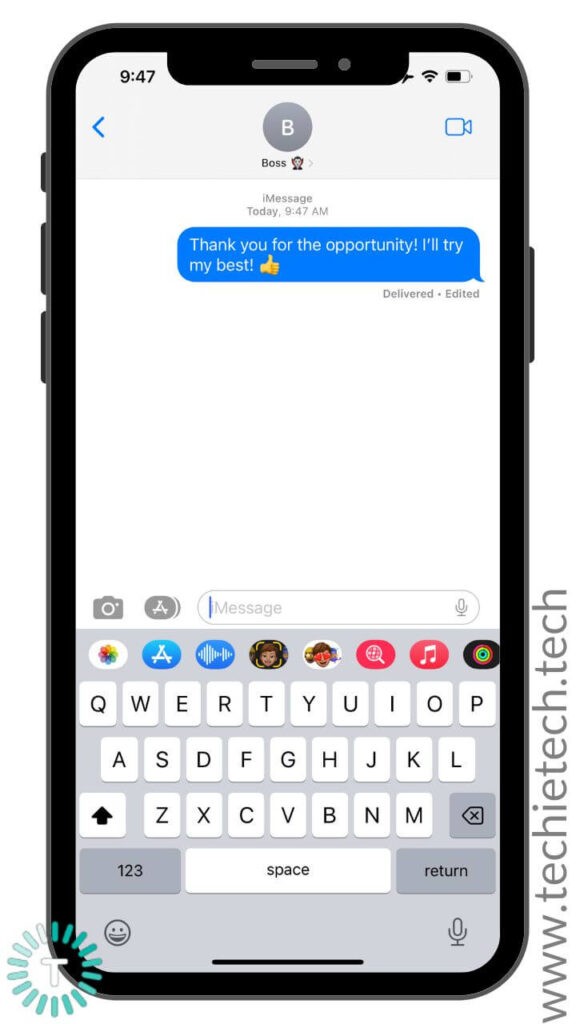 Also Read: Everything announced at WWDC 2022

Other features in the Messages app on iOS 16

Besides the ability to edit a sent iMessage, iOS 16 brings a host of additions to the Messages app on iPhone and iPad. First, you can undo an iMessage that you fired off accidentally to an unintended recipient. Next, there’s a Mark as Unread option in the Messages app so that you can reply later to that message. Moving further, just like you can recover the recently deleted photos on your iPhone, Apple has added a new iOS 16 feature that lets you recover recently deleted messages. The deleted messages are stored under the Recently Deleted section under the filters list. To find this feature, tap the Edit option and select “Show recently deleted”. This iOS 16 feature works for iMessage as well as SMS messages. You can recover the deleted messages for up to 30 days after deleting them.

Undoubtedly, the ability to edit an iMessage on iPhone, iPad, and Mac is a supremely useful addition. Having said that, we feel the fifteen minutes is a pretty long timeframe. It would be even better if Apple has shortened the editing window to a minute or so. And, we’ve got a logical explanation for that. Whenever you make a typo or want to edit a message, you would instantly realize it. There’s hardly any time when you would take 10-15 minutes, head back to the sent message, and feel the need to edit it. Therefore, 1-2 minutes is a pretty good time to edit a message.

A short window will prevent situations where text is changed to make it appear as if the recipient agreed to something that he didn’t. After all, who would always go back to an important message after 15 minutes and check if it’s still the same or has been edited, right?

Also Read: How to Convert photo to PDF on iPhone?

What are your thoughts on editing an iMessage on iPhone and iPad? Did you like this iOS 16 feature? Let us know your thoughts in the comments section below.

How To Transfer LINE from Android to iPhone [2022]