LG unveils a game-changing entirely wireless TV with no ports 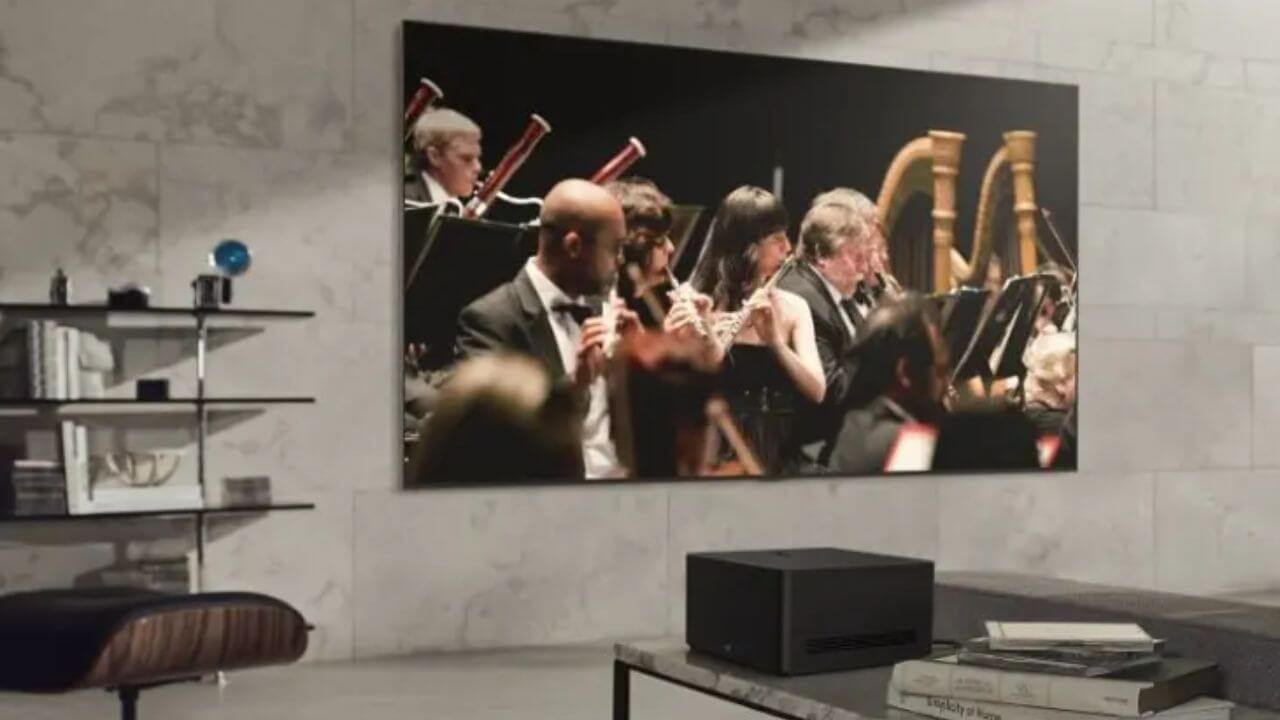 The unrivaled master of the OLED world, LG debuts its first wireless 97-inch OLED TV at CES 2023 that solves the messy cable management problems. The LG Wireless M3 OLED TV delivers the signature OLED experience with the added flexibility to easily install and connect it in your home. The TV looks incredibly beautiful and has the ability to seamlessly produce 4K video and Dolby Atmos sound without the need for any wires. It means you don’t have to deal with messy cords all around your TV or drill holes to keep them off-sight.

Here’s everything LG revealed about this wireless OLED TV. Let’s have a look.

LG’s Signature OLED M Series gives you the freedom to place your Television where you want, without worrying about any cables. The OLED TV is embedded with a built-in receiver in the screen and comes with a separate LG Zero Connect box which wirelessly transmits a 120Hz 4K video signal with crisp and clear sound quality. The LG Wireless M3 TV doesn’t have any ports. The TV just needs one cord, for power. All the other connections go directly into the Zero Connect Box that packs three HDMI, two USB, Ethernet, Optical digital out, and other ports. Therefore, you can connect your gaming consoles, set-top boxes, streaming devices, soundbars, and more directly to the wireless AV box which can be placed anywhere in the room like a shelf or a table.

In short, you’ll get to enjoy a distraction-free and wire-free entertainment setup. Even better, that heavenly 97-inch screen sits flush with your living room wall or on a stand with no cables hanging off the TV.

Besides the remote control, you can turn ON the LG M3 OLED and manage connected devices by using voice commands. To minimize interference and ensure low latency, LG has developed algorithms that will allow the receiver box to always identify the optimal wireless transmission path to the TV. The algorithm is smart enough to recognize if people or pets are moving around in the room and switch the path for an uninterrupted transmission. If needed, you can also manually move the box’s antenna.

Just like the other LG 2023 TV models, LG did not provide any information on the price and release date of its Wireless OLED M3 TV. In addition to a monstrous 97-inch model, LG will release its wireless TV in 83-inch and 77-inch options as well. The company will come up with its M3 OLED TV sometime in 2023, and we’ll have to wait for a little to know the prices. For reference, LG sells its 97-inch wired G2 Evo model for $24,999 and its 77-inch C2 OLED TV for around $2,700. So, regardless of the size, we can’t expect the upcoming LG wireless OLED M3 TV to be cheap at all.

We also saw the completely wireless Displace TV at CES 2023. It’s a 55-inch battery-powered OLED TV that’s designed with portability in mind. Unlike the LG M3 OLED TV, Displace TV is only available in a 55-inch option. While Displace TV also comes with a high price tag of $3000, it will still make a cheaper option when compared to LG wireless M3 OLED TV. Well, it will be interesting to see how these wireless TVs impress the consumer base when they hit the market in late 2023.

LG’s 2022 S-series Soundbars launched in the US