Samsung Phone Batteries are Swelling Across the World 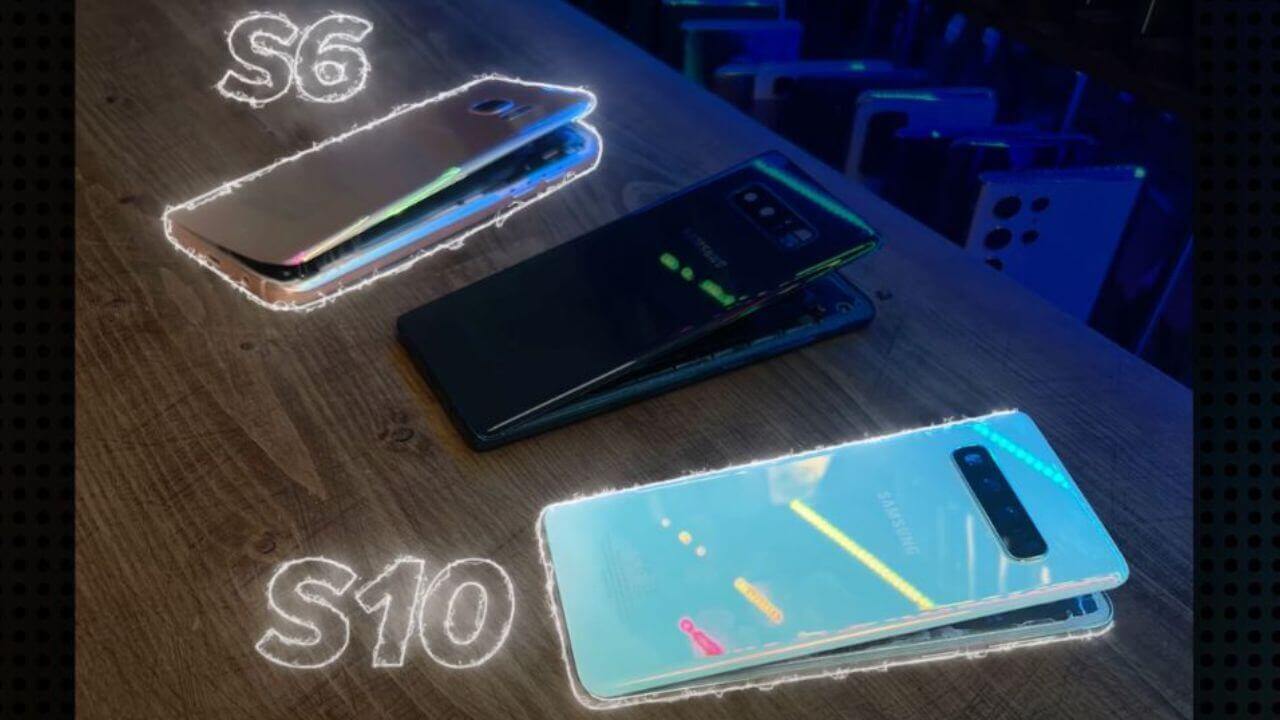 Unarguably, Samsung is one of the largest producers of smartphones in the world. That said, we’ve recently come across an extremely strange and serious issue with Samsung smartphones. A well-known YouTuber “Mrwhosetheboss” aka Arun Maini recently shared a video showing swollen batteries on three of his Galaxy phones. The batteries have expanded so much that they broke the back glass, dividing the phone into two. See, swollen battery on a smartphone isn’t something we haven’t heard of before. As a smartphone gets old and its battery ages, it can expand. That said, if you experience it on a not-so-old phone, it is a serious issue that needs to be addressed. After all, it isn’t safe to have devices with blown-up batteries lying around.

If you own a Samsung smartphone, here’s everything you need to know about blown-up battery issues.

In a recent YouTube video, Arun Maini showed how three of his Samsung smartphones, including Note 8, Galaxy S6, and Galaxy S10 have blown up. The batteries are swelling up so much that they have literally popped out of the back glass. His YouTube video has created a buzz on the internet, with several other tech YouTubers and reporters sharing similar stories. Arun Maini has added that one of the reasons for the swollen batteries on Samsung phones could be the heatwave that recently hit the UK. Since the room temperatures went quite high, the electronic devices might have heated up abnormally. While this could also happen with other devices, it seems Samsung phones are a little more susceptible to such abnormal temperature conditions.

The issue is bigger

Well, it isn’t one person who’s facing blown-up battery problems on Samsung smartphones. Right after Arun Maini came up with his YouTube video, a lot of other Samsung users shared similar stories. The popular tech YouTuber Marques Brownlee aka MKBHD revealed that many of his Samsung phone batteries have swollen up after he stopped using them. He also said he occasionally finds swollen devices at his office, and every time, it’s a Samsung phone. He hasn’t faced such problems with any other brand. Evan Blass also tweeted that his Galaxy S6, S8 Plus, and Z Fold 2 have ended up with the same fate. In addition, some users have shown their Samsung foldable smartphones with popped-out batteries. That’s not all. Many users across the globe are dealing with the same balloon batteries problem on different Samsung Galaxy phones.

After hearing several stories, it’s evident that Samsung smartphones that are older than two years are throwing these problems. Specially speaking, blown-up batteries are mostly seen on Samsung phones before Galaxy S20.

What causes swollen batteries on smartphones?

What is Samsung’s take on the swollen batteries issue?

Arun Maini posted a tweet on July 27, 2022, which mentioned that three of his Samsung phones’ batteries have blown up. Right after that tweet, Samsung contact him and picked up the devices to further investigate them. Arun revealed in his YouTube video that it’s been 50 days since Samsung picked his devices and till now, there isn’t any promising update. I mean, 50 days is a really long time to issue an update with such a serious issue. Since there isn’t any response from Samsung, something might be shady.

We just can’t escape from the fact that swollen battery issues can happen with any smartphone. That said, it’s just worse on Samsung phones. The brand already has a history of such battery-related issues. The complaints were reported back in 2016 with the launch of the Galaxy Note 7. Several users reported blown-up battery problems on Galaxy Note 7, and the issue was so serious that Note 7 owners weren’t allowed to board the flights without switching off the phone. After hearing several similar problems, Samsung was forced to recall the Galaxy Note 7 models.

When we came across the “Mrwhosetheboss” YouTube video and heard similar stories from other renowned reviewers and tech reporters, we also decided to check our Samsung phones. We were completely shocked to see the same swollen battery problems on our Galaxy S20+ and Fold 2. The battery on Galaxy S20+ was badly swollen, while Fold 2 showed a noticeable bulge. Nonetheless, the balloon battery issue is clearly there. For reference, both of our phones aren’t over two years old.

We would like to mention that in our testing, we also checked our iPhones, Google Pixel phones, OnePlus phones, and smartphones from other brands. We did not see any battery-related problems on any other smartphone brands which were also stored in the same conditions.

Is it a normal thing?

No. It’s not a normal thing at all. Batteries on most Samsung smartphones are claimed to last 5 years, and a battery expanding after even 18 months or 2 years of usage isn’t a normal thing. YouTuber Arun Maini has also mentioned how his Galaxy S20 FE which was delivered 18 months ago is throwing the same battery problem. Also, several reviewers, including Matt Ansini from This Is YouTube channel also reached out to Arun and claimed that every single 3+ years old Samsung smartphone that they’ve stored at their office had their batteries swollen. He has explicitly mentioned every single Samsung smartphone. Now, it’s definite that swollen battery on Samsung phones isn’t a rare case.

Should you be worried?

Currently, the blown-up battery issue on Samsung phones is usually being reported by users who have been storing their devices for a long time. The users have said that they don’t use these smartphones regularly. It means there are no frequent charge and discharge processes. If you also have a habit of storing smartphones, we would definitely recommend checking them right now. On the flip side, if you’re using a Samsung smartphone as your daily driver, you should also keep an eye on the battery. In case you notice any issues like frequent overheating or charging issues, just contact a Samsung service center right away.

What to do with phones with balloon batteries?

The swollen lithium-ion battery isn’t a casual thing to deal with. Such batteries may catch fire or even explode. It’s worth knowing that removing a swollen battery can be extremely risky so is leaving it inside the device. We would never advise anyone to operate on swollen batteries as it can result in some severe bodily harm. To be on the safer side, we would urge you to power down that device, keep it in a fireproof bag, and take it to a repair professional or contact Samsung to take them away. Again, we would advise you to never keep devices with swollen batteries at your home or just throw them anywhere outside.

Did you also come across a battery swollen issue on your Samsung smartphones? Don’t forget to share your experiences in the comments below.

How to record the screen on Galaxy S10 and S10 Plus