Netflix Games arrive on iPhone & iPad: here’s all you need to know 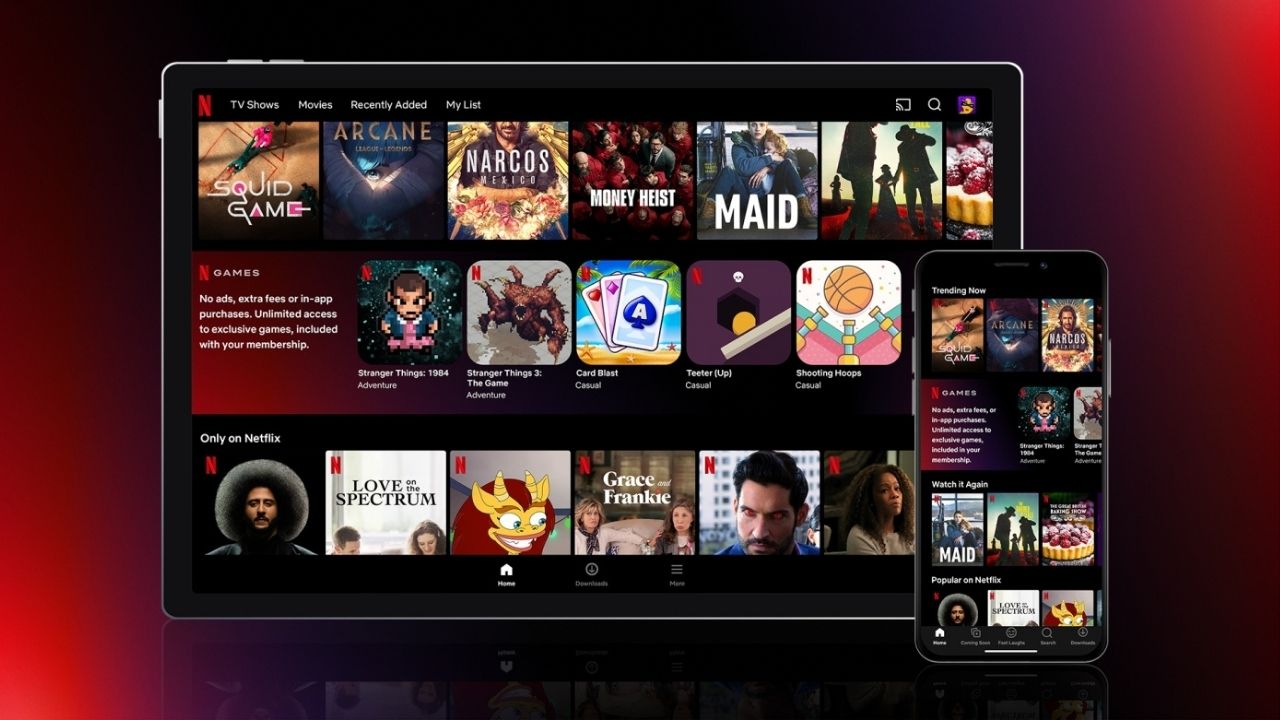 Netflix’s games feature is now available on iOS devices, after its launch on Android last week. Current users will have access to a limited number of mobile games that are ad-free and cost nothing extra.

In many aspects, the newly introduced games function is comparable to its Android equivalent. In order to download the game, iOS users will be referred to the App Store. The games will be accessible in a variety of languages and will default to whichever settings you like. Depending on the plan selected, members can play their games on various devices.

Also Read: Disney Plus vs Netflix

On iOS, however, there is one distinction in terms of the user interface. On Android, there is a specific games row as well as a games tab, however on iPhone, there is only a games row. The row will be pinned to position 6 on the iPad and will include a categories drop-down menu.

This has to do with Apple’s App Store regulations, which were updated last year in the wake of its Epic Games lawsuit. Although it wasn’t obvious whether adding their own games page would violate store standards and result in them being blacklisted, Netflix told TechCrunch that they went ahead and launched without it.

Along with previously announced games like ‘Stranger Things: 1984’ and ‘Stranger Things 3: The Game,’ the program will also include the recently revealed ‘Hextech Mayhem: A League of Legends Story.’ Pre-orders for the spinoff game are currently available on Steam and Nintendo Switch. Netflix subscribers, on the other hand, will get it for free.

Netflix Games is coming to iOS! Starting tomorrow, you can access Netflix Games through the Netflix app on any mobile device, anywhere in the world. pic.twitter.com/LoHYFi4xBX

According to Bloomberg, players who launch the Netflix Games applications without an account will be encouraged to sign up for Netflix using Apple’s in-app system. If someone does this, Apple will earn 30% of their payments for the first year, and then 15% of each payment after that. Netflix’s main app still doesn’t transfer new subscribers through Apple’s payment system, but this strange arrangement may have been enough to get Netflix Games on iOS.