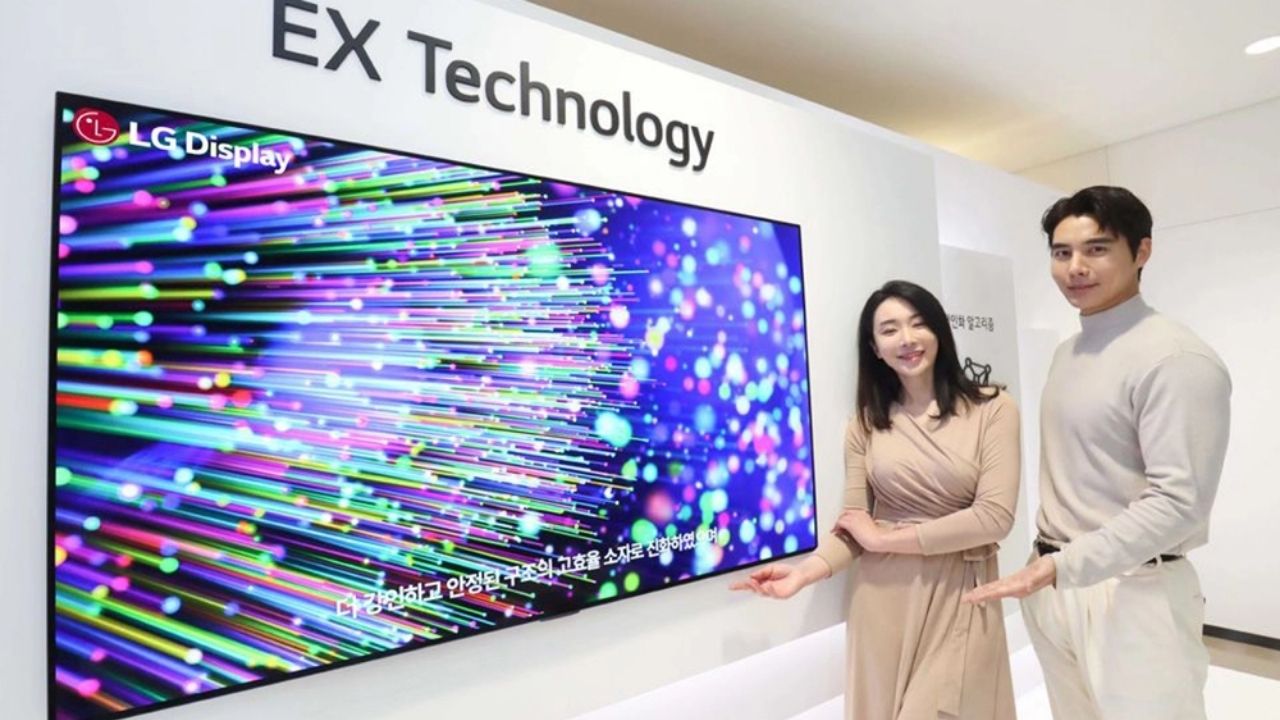 While OLED televisions offer various advantages over LCD-QLED screens, the brightness is one area where they fall behind. However, LG Display claims that its next-generation OLED EX technology eliminates this problem by increasing brightness by up to 30% above traditional OLED panels.

OLED EX, which stands for “Evolution” and “eXperience,” shares the same distinguishing OLED feature of each pixel emitting light independently without the need for a separate backlight, resulting in perfect blacks, quicker refresh rates, and less blooming. The biggest problem with OLEDs is that they currently peak at around 500–600 nits, which is lower than what many high-end non-OLED televisions can achieve. LG Display solved this problem by converting the hydrogen elements present in organic light emitting elements into stable deuterium, which improved their stability and power efficiency and allowed them to emit more light.

“Deuterium is twice as heavy as conventional Hydrogen, and only a minuscule amount of it exists in nature – one atom of Deuterium is found in every 6,000 ordinary Hydrogen atoms,” the tech giant writes. “Deuterium can be extracted from water and used in organic light-emitting devices, according to LG Display. The Deuterium compounds, once stable, allow the display to emit stronger light while maintaining high efficiency for an extended period of time.”

OLED EX also improves colour accuracy, according to LG Display. It predicts the use of 33 million OLED diodes in an 8K panel using individualised algorithms, allowing it to “precisely control the display’s energy input to more correctly reflect the nuances and colours of the video input being presented.”

The technology can also help with TV’s physical design. On 65-inch OLED panels, LG Display claims it was able to lower the bezel thickness from 6 mm to 4 mm. LG claims to have sold more than 10 million OLED TVs in the last two years. From Q2 2022, LG Display will include OLED EX technology into all of its OLED TV panels. Let’s hope it does precisely what the company says it would.