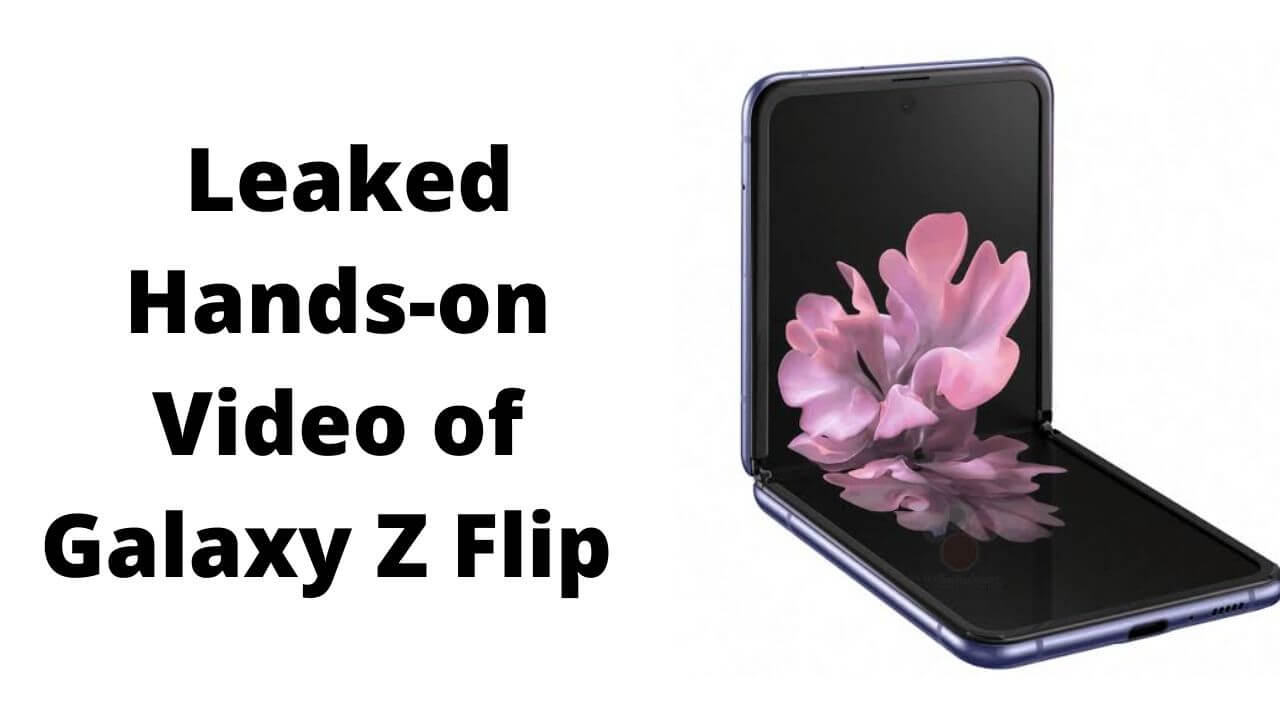 Samsung’s new foldable smartphone Samsung Z Flip is set to be launched in the market pretty soon. It is rumored that the smartphone will be launched on 11th February 2020 at Samsung’s Unpacked event in San Fransisco.

Much information about the phone has already been leaked in the market. Moreover, a new video of Samsung’s foldable phone was recently leaked on twitter by @BenGeskin.

The source behind the video is still unknown as it was originally uploaded on an unknown Instagram account. The video shows the phone in action and reveals how it would look hands-on.

However, the leaked video doesn’t give away too much information about the features of the phone. It shows a dual camera set up at the back with a punch-hole selfie camera at the front.

The compact device unfolds to reveal a much larger screen. It is rumored that Z Flip will be the first phone to feature a more durable ultra-thin glass, though the leaked video doesn’t provide any confirmation of the same.

A small one inch AMOLED screen can be seen right next to the camera which shows time, date and probably all the other important notifications. The outer screen of Z Flip is unlike the one on Motorola’s Razr as it cannot be operated when folded shut.

This foldable clamshell designed phone is rumored to be announced on 11th February even though the highlight of the event will be Samsung’s new flagship smartphone Galaxy S20. Stay tuned for more information about the same.