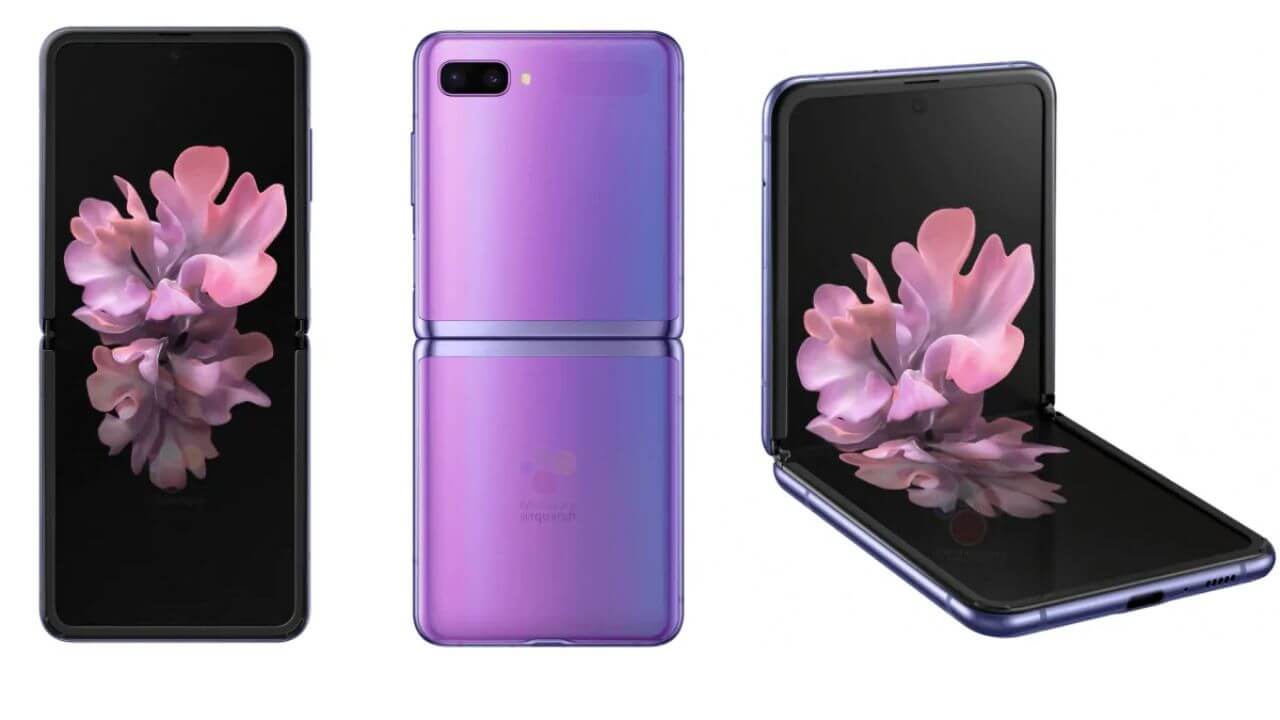 Samsung will launch the Galaxy Z Flip, a successor of the Galaxy Fold, at its Unpacked event in San Francisco. Also, Samsung is all set to announce its Galaxy S20 lineup at the event along with its foldable phone. Several rumors have been teasing about Samsung’s next foldable phone, which showed a clamshell design concept, similar to the Motorola Razr. But, a new leak has revealed full details about Samsung’s upcoming foldable.

Official renders from Samsung have posted with a full specs sheet for the Galaxy Z Flip. As per the renders, the Z Flip will feature a 6.7-inch OLED display with a Full HD+ resolution and a 22:9 aspect ratio. And, this time, Samsung’s foldable phone will feature an Ultra-thin glass display; instead of the fragile plastic panel used in the Galaxy Fold.

The Galaxy Z Flip will have a second display on the outside; featuring a 1.06-inch OLED panel that would show little bits of information, like time and notifications. The phone will have a dual-camera setup on the outside; housing a 12MP main sensor paired with a 12MP ultra-wide sensor. The Galaxy Z Flip will feature a centrally located hole-punch camera on the inside, housing a 10MP sensor.

The Galaxy Z Flip will be powered by Qualcomm Snapdragon 855 Plus chipset, 8GB RAM, and 256GB internal storage with no expandable microSD card slot. The phone will have a single USB-C port for charging and audio. However, there will be no headphone jack and no support for 5G networks; the phone will support LTE networks only. Whereas, the entire Galaxy S20 series will have support for 5G networks.

The prices and release date have not confirmed yet, but a leak from XDA Developers suggests that the Galaxy Z Flip will cost around $1,400 when it launches on February 14.