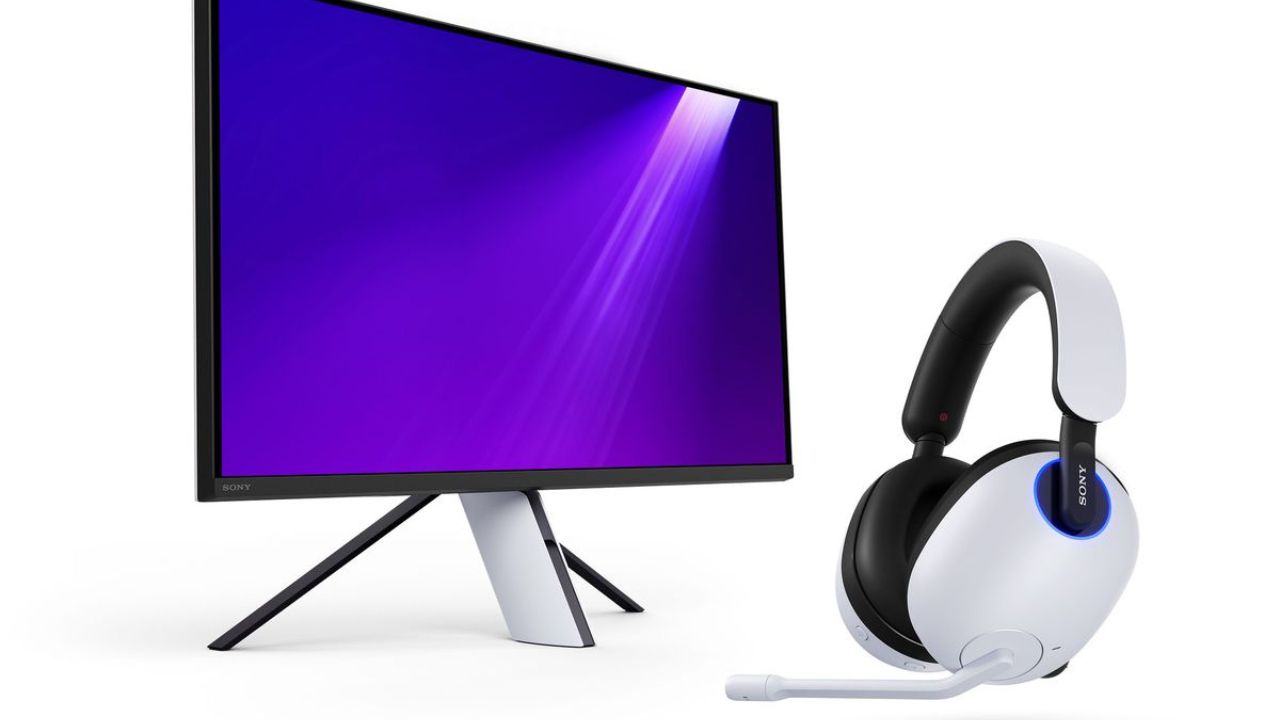 Sony Electronics launched a new gaming lineup called InZone that is aimed toward PC as well as PS5 gamers. They announced the lineup on 28th June with two 27-inch monitors and 3 gaming headsets. These new gaming monitors and headsets will be compatible with PS5, PC, and Xbox Series X. This is Sony’s first attempt to produce gaming hardware that goes beyond PlayStation.

Sony designed the monitors with a focus on five key areas of picture quality in a flagship gaming monitor: refresh rate, color gamut, color depth, pixel resolution, and brightness/contrast. As the name suggests, the M9 monitor is a better gaming monitor than the M3.

For the headsets lineup, they aimed both at PC and PlayStation users.

The InZone M9 features a resolution of 4K and high contrast full-array local dimming display that provides great highlights and deep blacks with accurate color reproduction. Gamers can look forward to a 144Hz refresh rate with 1ms GTG (Gray to Gray) response time for quick play. The M9 monitor features HDR tone mapping, which automatically recognizes the M9 when plugged into PS5 and claims to optimize the HDR output as well. There’s also an auto genre picture mode that automatically switches to cinema mode when the user is streaming a movie or video and then back to low-latency gaming mode when a user starts a game. M9 has rear RGD LEDs that can change colors with the on-screen display. Apart from this, it also has support for HDR600 and an HDMI 2.1 port.

The InZone M3 monitor features a 240Hz refresh rate useful for gamers that focuses on MMORPGs, MOBAs, eSports, and RTS games that are more focused on high refresh rates & frames per second. The M9 is downright luxurious with a 4K display but for competitive FPS players, frames are essential. This suggests that these gamers will happily drop down to 1080p resolution to get a nearly-doubled refresh rate provided by 240Hz. The M3 also has an HDMI 2.1 port and support for HDR400.

Sony has strategically created products that cater to the market needs and created monitors that will serve both types of gamers. 4K resolution for gamers wanting the prettiest, brightest image possible and 240Hz for gamers attaining most frames per second. Functions like “FPS game picture mode” which highlights enemies more clearly and Black Equalizer which brightens extremely dark scenes will also be available for PC gaming.

The H9 brings digital noise cancellation which resembles WH-1000XM5 with support for 2.4GHz Wireless and Bluetooth connections. It also has features like 360 Spatial Sound for gaming and Ambient Sound Mode with 32 hours of battery life. The 10-minute quick charge offers up to an hour of game time.

The H7 also supports 2.4Ghz Wireless with Bluetooth connectivity, 360 Spatial Audio Personalizer, and Discord-certified voice chat. This Wireless Headset comes with 40 hours of battery life. The H9 and H7 support Tempest 3D AudioTech a PlayStation 5 feature that can simulate up to 1,000 sound speakers around the user.

The InZone headset line has a key feature in all 3 headsets called 360 Spatial Audio. Sony claims this feature allows the headsets to analyze the shape of every individual user to optimize sound for their ears. The “360 Spatial Sound Personalizer” uses every gamer’s unique analysis to pinpoint exactly where the enemies are located.

The headsets will offer direct compatibility with PS5 which enables users to check the connection and battery level as well as adjust game and chat balance directly from the console. The wide and soft headband cushion spreads the weight evenly across for long-wearing comfort.

Also read: Play Station Now vs Xbox Game Pass: Which one to pick?

Sony’s InZone Hub PC software will enable users to control InZone monitors and headsets. This will allow users to personalize their experiences by customizing a wide range of operations including a variety of sound and picture settings.

The official release date is July 7 but all the InZone products are available for pre-order on Sony.com.

Apple iPhone 7- Hot off the Grill