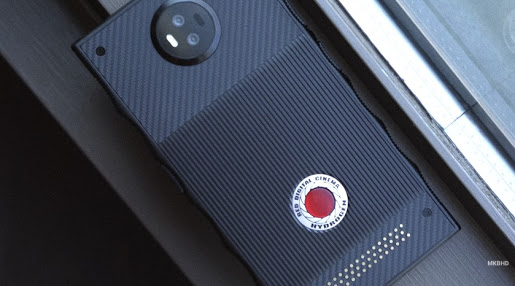 Most of us are unfamiliar with what RED is. RED makes ultra high end cinematic level video cameras. They’re not really aimed at the average Joe because their products are used by only the most professional of the lot. But now they are planning to launch a smartphone that does seem to be targeted at a more general audience. Only that it is priced quite a lot, more than the flagships we see and use today. This along with the fact that most of us still couldn’t care less what RED is makes it hard for them to sell this phone to the average consumer.

Let’s get to the basics. RED is a company which manufactures and sells high end video cameras that are all cinema grade. They’re very, very expensive but used quite a lot by filmmakers. This company announced on its Twitter one day that they would be unveiling a new smartphone, the RED Hydrogen and it was immediately up for preorder. The delivery date is supposed to be early 2018. It’s priced at around 1195 USD for the aluminium version and goes all the way upto 1595 USD for the more premium titanium version.

The phone itself is unlike any other phone on the market today. It’s significantly larger than even an iPhone 7 Plus. It will come with a 5.7″ holographic display that will reportedly show true to life 3D content. The design of the phone is also unlike any other phone on the market today  And since RED is making this phone, we can of course expect it to carry an exceptional camera with all sorts of manual controls and RAW file support. It will have a USB C port and a 3.5 mm headphone jack as well. There’s even a MicroSD card slot for expansion.
It will also support modularity and will connect to RED products like the RED Scarlett possibly serving as an external display unit. It has pins on the back of the phone for connecting to modular attachments similar to the Motorola Moto Z family.

So what are your thoughts on the RED Hydrogen? Will you get one? Do you not care? Mention what you feel about it in the comments section down below.