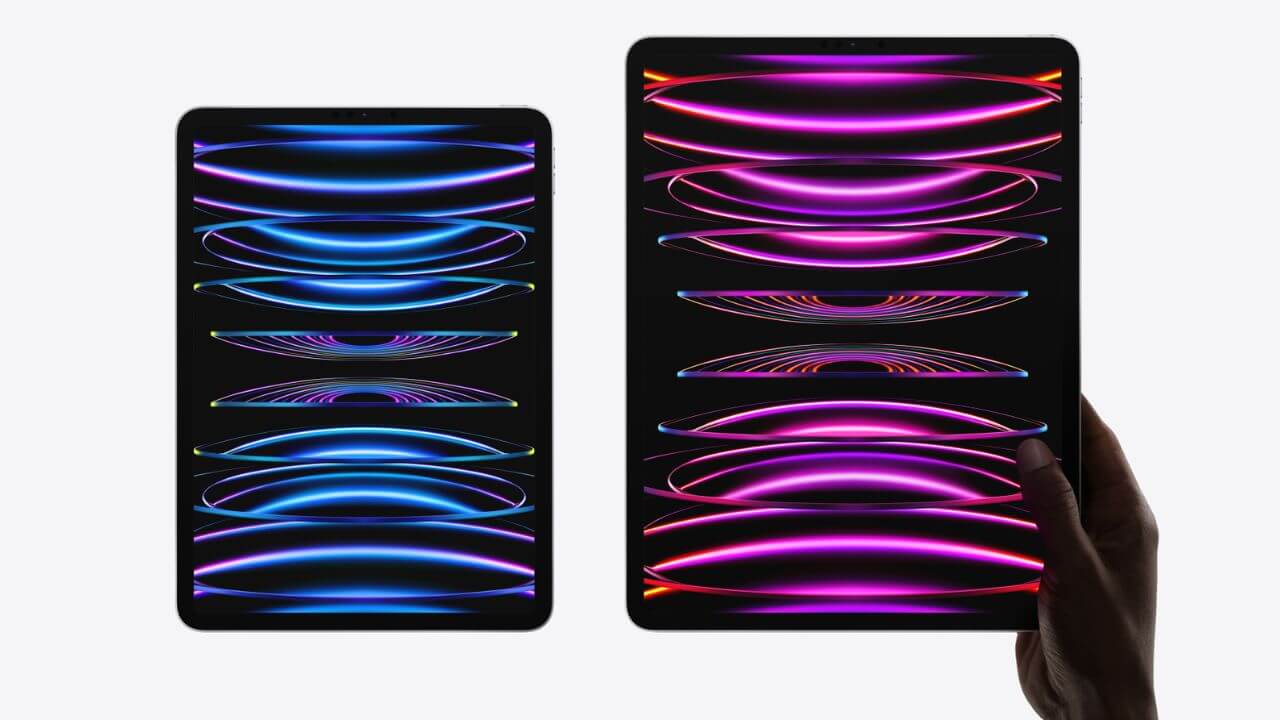 Apple is reportedly working on 11.1-inch and 13-inch OLED iPad Pro models that are expected to hit the shelves in 2024. The Cupertino tech giant did not confirm official or unofficial hints for the release date for the OLED iPad Pro models, but the display analyst Rose Young reported that these iPads will hit the markets in the first quarter of 2024. We’ve previously come across reports on the OLED iPad Pro models, but they were always about the 11-inch and 12.9-inch options. It’s the first time we’ve heard about the 11.1 and 13-inch variants. Well, Apple upgrading the screen size of its Pro tablet models is gonna be all-time news. It would be a great deal for digital artists, designers, and creatives who prefer an upgraded screen. There are strong leaks that the 2024 iPad Pro lineup might come up with slimmer bezels rather than an overall size change.

Besides the iPad Pro models, Apple is also working on a new iPad mini in early 2024.

Currently, Apple sells an 11-inch iPad Pro with a traditional LCD screen and a higher-end 12.9-inch model with a Mini LED panel. It’s worth mentioning that Apple isn’t planning to release a Mini LED 11-inch ‌iPad Pro‌, rather it will make a transition to OLED even for the smaller tablet. Therefore, with the 2024 iPad Pro series, Apple could make the two variants more equivalent. Frankly speaking, the departure from the mini-LED technology is quite surprising too. Apple adopted this technology to offer an OLED-like picture quality without using those expensive panels. Epistar, a Taiwanese company that has been providing Mini LED panels to Apple for some time, said the demand for Mini LED displays for use in consumer electronic devices has shown a massive decrease. This further hints at the adoption of OLED panels in the future iPads.

The tech giant updated its 11 and 12.9-inch ‌iPad Pro‌ models in October 2022 by adding the M2 chipset. Right now, we don’t have any clue if Apple is planning to come up with another SoC update for its iPad lineup. It won’t be a surprise if we don’t see any update until 2024. We’ve also seen some reports suggesting a different side of the story. One of Apple’s suppliers TSMC has announced the onset of the 3nm Silicon production and Apple might use it for the M2 Pro and M2 Max SOCs. It means we might expect one or both chipsets to power the next iPad Pro models. That said, it’s currently not clear if Apple has any plans to release a new chipset for the iPad.

Previously, Ross Young also said that Apple would launch a 14.1-inch iPad Pro in 2023. However, he later backed off saying the device is no longer in work. That said, a bigger iPad Pro might not be too far from reality. Several other sources like The Elec and Digitimes have backed the reports of Apple working on OLED panels for iPad and MacBook models. This technology is expected to be ready in 2024. In June 2021, Bloomberg also talked about Apple’s interest in exploring bigger iPads. Additionally, The Information says that Apple is working on a massive 16-inch iPad. If it turns out to be legit, it’s gonna be the largest-ever iPad model that blurs the line between an iPad and a MacBook. All the reports, leaks, and rumors point to one thing- bigger iPad Pro models with OLED panels.

Well, it would be interesting to see how everything fares and what the future iPad Pro brings to the table. We’ll keep you posted as soon as we come across any major report, leak, or suggestions on the iPad Pro 2024 lineup.